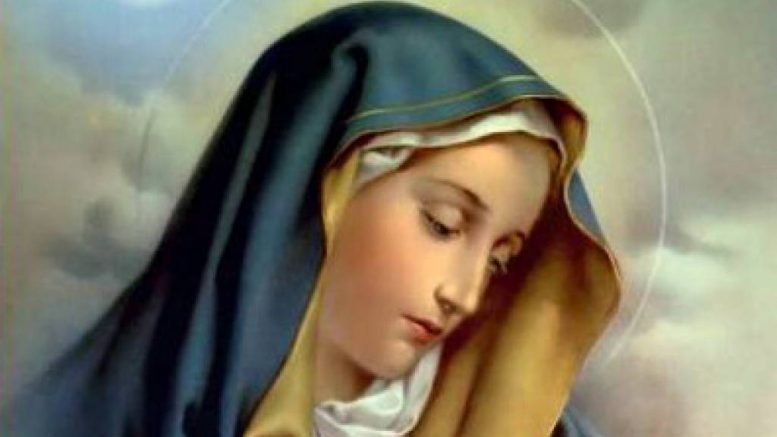 That was the sad news making its way around Cannon’s Campground United Methodist Church on that bitterly cold Christmas Eve in 1981.

Mary’s mama had called to share the sorrowful tidings, and now the congregation (or at least the congregants who were in charge of the annual Christmas Pageant) were in a full-blown pageant panic.

Realizing eventually that Mary’s role required little more than silence, a solemn disposition, and the ability to sit still for approximately four minutes (all quite challenging to any child present that evening) the bold decision was made to simply ask one of the little girls who was there to fill in for the role. That little girl was me.

Now, as I do not remember this event at all (but possess photographic evidence that it did, in fact, occur) I will relay the remainder of the story as told by my mama. And my mama does not lie. Ever.I think it has something to do with a pact she made when daring to convert from Southern Baptist to Benign Methodist when she married my Daddy. God apparently gave her the go-ahead, with the admonishment that she must never lie, and must commit to a lifetime of 9×13 casserole preparation. Here’s how it went down.

First of all, Mama herself was approached and asked if she thought I would be up for the role. After a great deal of consideration of her daughter’s excitable, chatty nature, she hesitantly agreed to sacrifice her child (and possibly her good standing in the Church community) for the greater good of the Christmas Pageant and the season itself.

I should mention here that the selfsame child in question who was now being thrust into the daunting task of portraying the mother of Jesus Christ himself, the all-encompassing symbol of purity and righteousness and grace, had just been unceremoniously kicked out of Miss Marion’s School of Dance by Miss Marion herself, who asserted (rather sanctimoniously as I recall) that there was “simply no place for cartwheels and singing” in ballet.

I also recall thinking, and still believe, that ballet might be more enjoyable if it DID include the occasional tumbling pass or showtune, but I digress.

Putting her faith in our Lord and Savior, and praying for a Christmas miracle, my mama agreed. Her little tow-headed daughter, who looked for all the world like a tiny angel, despite what that hateful Miss Marion thought, would be the Virgin Mary.

The time soon came to begin. Streaming in from the door on the left side of the sanctuary, carefully maneuvering around the gigantic Chrismon tree, a small group of girls and boys of various ages and sizes made their way clumsily to the makeshift stable at the front of the Church. I was last.

Now, according to my mama (who, remember, is physically incapable of lying,) I played the role of the serene, ponderous mother of Jesus with the skill of a trained thespian. For a while.

Eventually, I became either bored with the serenity of the scene, or transported by the haunting strains of familiar Christmas carols, and I started to sway. The swaying, it is said, grew quite fevered and fervent, as though I were having a transformative religious experience of my own as I held my sweet plastic baby in my own tiny arms. And then the singing started. Just me.

No one else was singing, and as that was the case, I felt compelled to accompany poor Miss Agnes who was playing her heart out on the ancient piano, and soon I was a one-man Christmas entertainment machine, swaying and singing “Away in a Manger” in my not-for-inside voice (which is the only voice I had, have, and will ever have.) Being a true method actor, I sang, off-key but passionately, about the “little Lord Jesus”…no…MY “little Lord Jesus,” who, bless his heart, had to be laid in a manger that I’m pretty sure was made of some discarded sawhorses I had seen in the Fellowship Hall recently. 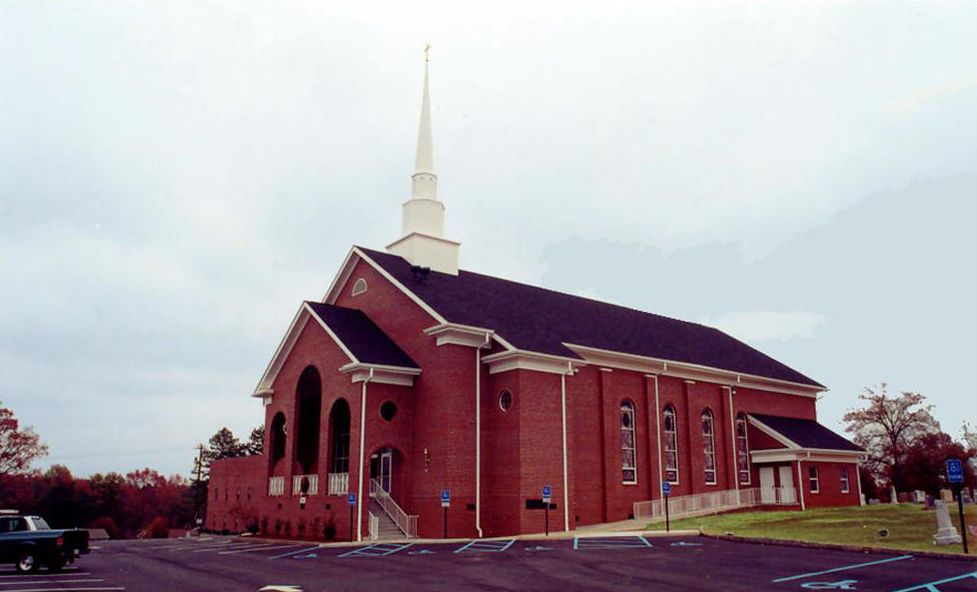 My mama will tell you, with all the earnestness she can muster, that her most fervent Christmas wish at that point was to be swallowed bodily by a hole in the ground, never to return to Cannon’s Campground United Methodist Church.

The rest of the congregation, to my delight, was enraptured. Once I was able to pull myself from my quasi-holy trance and gaze out into the sea of faces, I saw adoration and joy the likes of which I didn’t recall seeing during ordinary churchy events. I had awakened the Christmas spirit in the bosom of the congregation, and I was pleased as punch to feel a little more at that moment like Santa Claus than the (let’s face it, somewhat stuffy) Virgin Mother.

When the pageant was over, the preacher, whose name was Barbie (I remember that part distinctly because my young mind never could quite reconcile the hilarity of his name) called me up to the pulpit and, after commending me on my impromptu performance, asked me if I would like to sing a song for the congregation. Solo.

My agreement was instantaneous, as I loved performing, but the question was, what musical rendering I would offer to this crowd of familiar faces, now waiting with great anticipation to see where all this was going. Pondering a couple of moments, I nodded to Preacher Barbie that I was ready, and he walked me to the front of the church, where I performed one of the great sacred hymns honoring the holy season of Christmas and the birth of our Lord and Savior. “Up on the Housetop.”

There remains one grainy photograph of this event; it shows a tiny little cherubic blonde girl in her finest Christmas dress, red tights, and black patent Mary Jane shoes, hands clasped behind her back, head high, belting out a song no one, including her and her family, knew she would be performing until that very moment.

And that was the night I filled a small Southern church with spontaneous Christmas cheer…and I even saw my mama smiling when I was done.