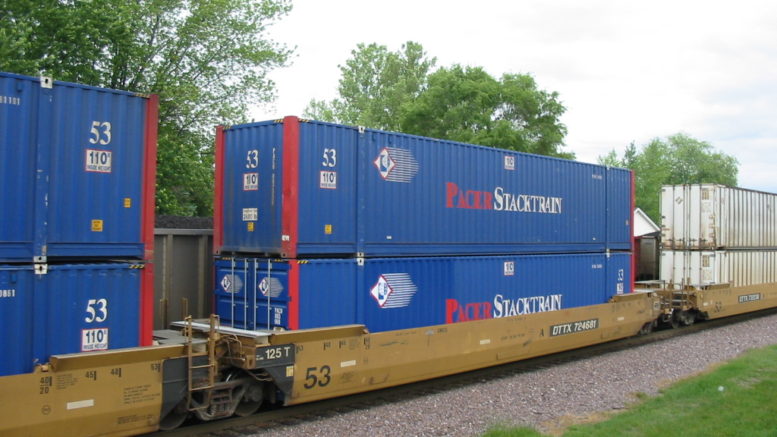 The success of the Inland Port in Greer has led the South Carolina Ports Authority (SCPA) to consider the possibility of adding another.

The SCPA announced April 20, it is beginning work with CSX and others to see if a second port in Dillon, SC would provide routes from the Port of Charleston to markets in North Carolina and the Southeastern seaboard.

“If it is feasible, an additional inland port will be a great diversification of our logistics footprint,” said Jim Newsome, SCPA president and CEO.

Building intermodal infrastructure in South Carolina goes hand-in-hand with the significant investments made to the port facilities in Charleston, he said. “This is an exciting opportunity for SCPA.”

According to the SCPA, approximately 23 percent of containers imported or exported through Charleston moved by rail, with nearly 260,000 international cargo pieces handled in 2015. The volume of containers flowing through the port has increased 166 percent since 2011, according to their figures.

“While our discussions are preliminary, the success of Inland Port Greer demonstrates the market demand for additional intermodal hubs to support growing volumes of cargo moving to and from Charleston by rail,” Newsome said.

“We are working with CSX to determine the viability of Dillon, South Carolina as the location for our next inland port and hope to finalize our plans by the end of the year,” he said.

Inland Port Greer opened in October 2013 after more than six months of construction. The port cost $46.5 million to build on 100 acres of land close to South Carolina’s Western and Northern borders with access to I-85 that runs through the Southeast.

According to a study by the University of South Carolina’s Moore School of Business, the total economic impact of the Inland Port in Greer has amounted to more than $26.8 billion in business and 95,000 in jobs. Manufacturing amounts to 15.3 percent of the Upstate’s economy, the study found, much of it coming from the automotive industry.

For Greer, the Inland Port has meant more jobs, more businesses and more money coming through the area.

Mark Owens, president and CEO of the Greer Chamber of Commerce, said the inland port has brought not only a lot of exposure to the area, but a lot of growth across industries as well.

“Initially, we were concerned having the inland port here would be detrimental to our existing transportation industry,” he said. “But it has been better for them than we imagined, with more opportunity because of their locations near the port.”

The study also highlighted the cluster has a supply chain and distribution channel that is more globally based relative to many other industry clusters in South Carolina.

Its success and ongoing development largely depends on the capacity and efficiency of the SCPA port facilities. In the last three years alone, the dollar volume of total cargo exported from SCPA port facilities sourced at South Carolina businesses in transportation equipment manufacturing increased from 33.0 percent to 40.9 percent.”

For the past two years, North Carolina has been aggressively pursuing automotive manufacturers to catch up with South Carolina as an automotive center. Dillon is located about 8 miles southwest of the North Carolina border. The location would provide access to an existing CSX mainline, as well as I-95, a supply line to the Southeast.

North Carolina would be one of the biggest benefactors of the second inland port, with Fayetteville, NC – home of Goodyear Tire plant – just 60 miles away.

Calls to the North Carolina Department of Commerce asking about the impact of South Carolina’s second inland port were not returned.

But for Owens, the news the SCPA is looking at a second port location is only good.

“In my opinion, it will add another positive value for the state,” he said. “I think the South Carolina Port Authority shows great vision in being able to expand and connect our state like this, and will only serve to add to the overall network in our state for auto manufacturers and auto suppliers, as well as other manufacturers in the Upstate.”

Be the first to comment on "A second inland port would diversify the state’s logistical footprint, says port authority president"