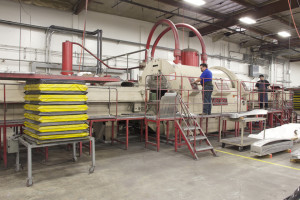 South Carolina’s aerospace infrastructure continues to grow as a leading aerospace manufacturer will establish operations in the Lowcountry.  Impresa Aerospace has acquired Dynamic Solutions and its existing manufacturing facility, effectively establishing Impresa’s first South Carolina operations in Berkeley County. Through its multi-million dollar investment, Impresa is expected to create 72 new jobs in Goose Creek, S.C. over the next five years.

“The decision to expand to South Carolina was definitely enhanced by the business-friendly orientation of the State, Berkeley County and City of Goose Creek,” said Scott Smith, Impresa CEO. “With the cooperation of state and local officials, we achieved our goal of eastward expansion, and advanced our strategic objectives of continual investment in our customers and increased vertical integration.”

Impresa Aerospace’s origins in the Southern California aerospace supply chain can be traced back more than 50 years. In 2014, Impresa Aerospace was acquired by Twin Haven Capital Partners, LLC – fueling the company’s growth, including the South Carolina expansion, through its equity capital resources. Headquartered in Gardena, California, Impresa is a premier original equipment manufacturer and tier one provider of complex structures and components for virtually every aerospace platform – including commercial jets, regional and business aircraft and military aircraft.

The company has been a supplier to the Tier 1, Tier 2, and OEM aerospace industry. The company has major contracts with Boeing, Spirit Aerosystems, Sikorsky, Lockheed Martin and Gulfstream. Notable commercial programs include Boeing 787, 777, 747, 737: Airbus A330, A340; and Gulfstream G650.In addition, Impresa now has a military contracts division supporting multiple platforms. Boeing’s Apache Helicopter, C-17 and F-18; Sikorsky’s Black Hawk helicopter and the Lockheed Martin C130 are among the company’s  contracts.

Impresa’s Berkeley County operations will be housed in the existing Dynamic Solutions building, which is located at Five Corporate Parkway in Goose Creek, S.C. With the acquisition completed, hiring for the 72 new positions is underway. Those interested in joining the Impresa Aerospace team should visit the company’s careers page online. For more information on Impresa, visit www.impresaaerospace.com.

Be the first to comment on "Aerospace Company Establishes Lowcountry Facility"