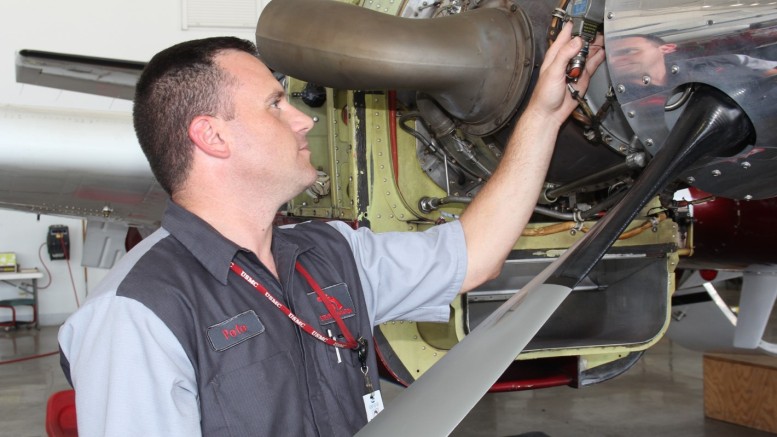 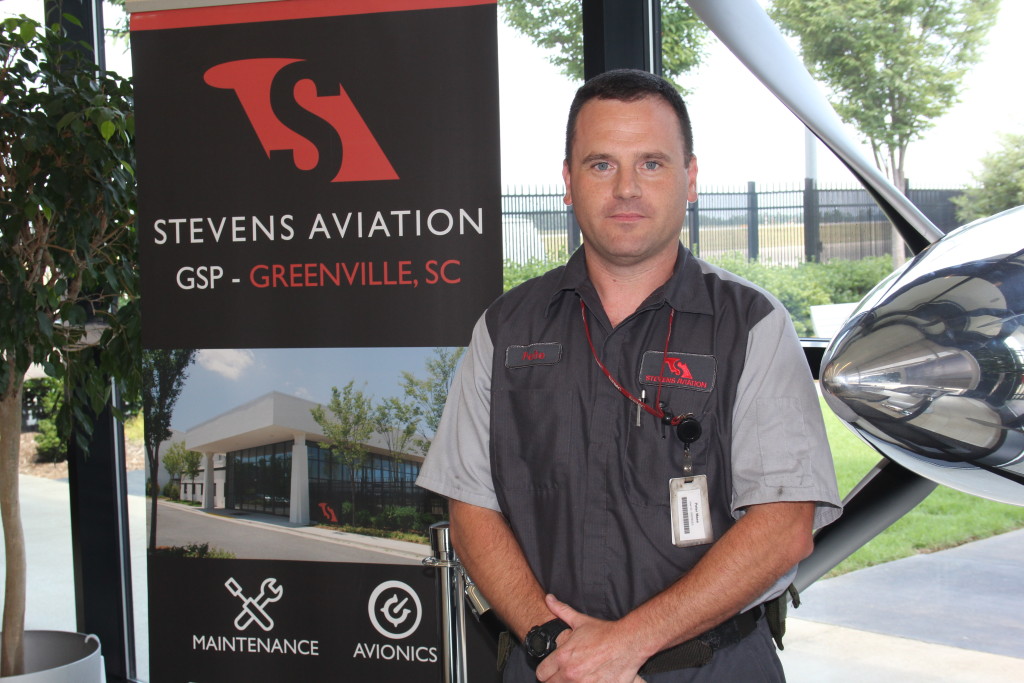 Pete Maes is a Crew Lead with Stevens Aviation at GSP Airport.

For the last 15 years, Pete Maes’ morning alarm has started his work day at 5 a.m. During this time, the former Marine and Massachusetts native has served as both a mechanic and Crew Lead at Stevens Aviation’s GSP International Airport location.

Working his way from the tool room and mechanic ranks to Crew Lead, Maes begins each work day on an assortment of airplanes including the Beechcraft Bonanza and the Beechcraft King Air.

As Crew Lead, Maes oversees inspections and part research while leading a team of mechanics.

Over the last decade and a half, Maes’ tenure, along with the 23 other employees split up between avionics and maintenance, have a combined 500 years of experience.

In addition to working alongside an experienced team, Maes credits his childhood and time in the military for stirring his interest in aviation.

“I was first introduced to aviation as a child attending air shows with my family, and I worked on F-18’s while still on active duty in the Marine Corps,” he said. “I chose to build my career at Stevens because it was a staple of South Carolina’s aviation community, and I wanted to stay in the industry.”

Although Stevens offered Maes their Educational Benefit Program, the New Englander used his GI Bill to attend Greenville Tech’s Airframe and Powerplant program and is certified by the Federal Aviation Administration (FAA) with an A&P license.

Now a married father of three, Maes said he has no plans on changing careers or leaving South Carolina.

“I see myself staying right here for another 15 years,” he said. “I have a family now and roots to put down, so as long as Stevens is here, I don’t see any reason to go anywhere else.”

Stevens Aviation was founded in 1950 and began operations at GSP in 1962.