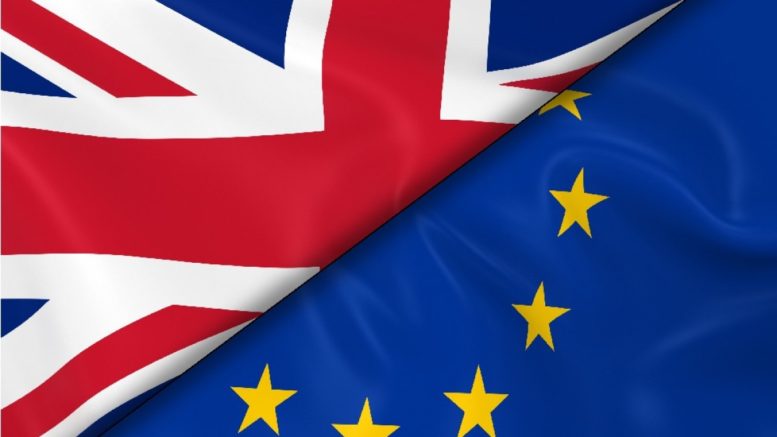 The United Kingdom has voted to leave the European Union (“Brexit”), and the UK’s Prime Minister has announced his resignation effective October 2016.

The outcome of the Brexit vote surprised many in Britain and around the world, creating political instability in the UK, a precipitous drop in the British pound to its lowest level in 31 years, and significant uncertainty (volatility) in the global financial markets, as demonstrated by a record one-day sell-off in global equity markets of over $2 trillion on Friday, June 24.

Internal reaction included the resignation of the UK’s EU representative and an online petition calling for a second vote. Doomsday predictions of complete failure of the EU were widely reported. Brexit fallout demonstrated that axiom of risk management: Businesses, including manufacturers, abhor uncertainty.

Although the short-term reaction has been chaotic, the reality is that disengaging from the EU will take at least two years after the British government actually initiates Article 50 of the Treaty of Lisbon (which outlines the legal process by which a state can withdraw from the EU). That apparently won’t even begin until David Cameron’s replacement is seated sometime in the fourth quarter of this year – and could be indefinitely delayed by political wrangling in England and the four countries comprising the United Kingdom.

If it initiates the process, the UK will continue to be bound to obey EU treaties and laws during the withdrawal period, but will have no decision-making input or vote. There are significant details to be decided, not least of which is how trade will be dealt with between Britain and the EU (and by extension, the world market).

The approach chosen could range from a total exit from the EU with no continuing benefit from any part of the EU’s unified market to negotiating sector-specific bilateral agreements with the EU, to become a member of the market-focused European Economic Area by signing the EEA Agreement, allowing the UK to participate in the EU’s internal market without being a member of the EU.

Regardless of the approach chosen by UK, implementing Brexit will take at least two years after the withdrawal process actually begins. We advise caution during the weeks and months following the Brexit vote, in order to avoid premature and ill-advised reactions. However, we recognize that some potential ramifications can be identified and considered now, and contingency plans developed in certain important aspects of UK, EU and international markets – including US businesses. Following are some potential effects of Brexit.

As was the case pre-Brexit, patent applicants may seek protection of their inventions in the UK either by filing a national patent application at the UK IP Office or by filing a European patent application with the European Patent Office. A third method of protecting patentable subject matter, the new EU Unitary Patent (which includes an EU Unified Patent Court) was structured to provide a patent that would be valid is all the EU countries except Italy and Spain. The Unitary Patent must be ratified by the UK to become effective.

It seems unlikely that the UK will exercise its ratification rights following the Brexit vote, resulting at best in a significant delay in implementation of the Unitary Patent and Unified Patent Court. Companies now have more time to analyze the ramifications of the Unitary Patent system, which although delayed, is expected to be implemented as some point in the future.

Many businesses utilize non-patent “unitary” European IP (“EU IP”) rights, which include European Union Trade Marks (“EUTM”) and Registered Community Designs (“RCDs”). It is very likely that these rights will no longer apply in the UK once its withdrawal is completed.

Therefore, trademark and/or design registration holders will want to take advantage of ongoing EU IP rights during the two-year withdrawal period to revisit their registrations in each country and act accordingly to secure rights in the UK by filing a UK national trademark registration.  Hopefully, we will see some sort of conversion system in the future to ease this process,

Control of Trade Agreement moves back to the UK.

Under the EU rules and regulations, the UK could not negotiate separate trade agreements. Once the UK officially notifies the EU governing body of its intent to withdraw, a new trade agreement will be negotiated between the UK and the EU during the two-year Article 50 window.

Further, the UK will be able to enter into new trade agreements with non EU countries, an option not allowed the UK during its membership in the EU. Negotiations with the US will likely be near the top of the list of new agreements, since the post-EU UK will not be part of the controversial Transatlantic Trade and Investment Partnership (TTIP) between the EU and the US.

The negotiation process can begin within the two-year notice period for the UK’s withdrawal and become effective the date the UK actually exits.  In light of these new future abilities, we are already seeing manufacturers sending clear signals concerning the effect of the uncertainty and for the need for tariff-free trade arrangements.

For example, BMW, who makes its Mini and Roll-Royce vehicles in the UK, acknowledges that there will be a period of uncertainty and that BMW will have to re-negotiate its ability to sell into the European market once new regulations and laws are enacted by the UK.  BMW seems to be taking a “wait and see” approach which will trickle down to its suppliers.

As reported in Automotive News Europe, Ford, which has recently seen increases success in the European market, warned that economic instability and uncertainty resulting from a pro-Brexit vote, could risk the company’s investment in the region.

Expressing hope of the UK remaining in the EU, Ford of Europe CEO Jim Farley warned that if Brexit results in significant economic deterioration of the UK’s business conditions and trade environment, future investments by Ford in Europe could be impacted.  While somewhat vague, Ford seem to be saying that it is certainly open to any and all options and will not invest in additional production unless the uncertainty can be mitigated.

Honda has reported that while it will not change its preparations to launch the Civic from its UK plant, it will carefully monitor the developments in the EU and the UK.  Aston-Martin has been very clear in its request to the UK government to secure tariff-free access to the EU markets and states that it will review its strategies to consider the market volatility that may exist during the transition period.

Tata Motors, owners of Jaguar Land Rover and largest UK auto manufacturer by units in the UK, saw an almost 8 percent drop in its stock after the Brexit vote.  South Korean auto manufacturers have expressed great concern that the pre-EU 10 percent tariff on Korean exports to the UK would be revived, significantly undermining the ability of Korean manufacturers to compete against Japan and German companies that maintain production facilities in the UK.

Every manufacturer that directly or indirectly has business in Europe should be watching the trade deals that the UK will negotiate with the EU and other countries, especially since the tariff-free environment of the EU will no longer apply to the UK.

Watch for a UK-US trade deal.

Historically, negotiations between the US and the EU have been complicated given general opposition to US agreement by Germany and Austria.  While any US–UK bilateral trade agreement will be at least two years away, negotiations can begin immediately. It is likely, however, that several months will transpire before there is sufficient certainty and the political will in the UK for bilateral negotiations to be initiated.

Given the two-year withdrawal period, President Obama’s recent comments that as a result of Brexit the UK will move to the back of the line when it comes to trade deals with the US should cause little concern.  However, many parties pointed out in advance of the Brexit vote that a UK withdrawal from the EU will cause further discussion and reconsideration of TTIP.  With European countries and other nations focused on deals with the UK and EU, TTIP may be placed on the back burner.

What this means for the US

As noted above, the initial reaction has been a significant drop in the equity markets in the US. The UK is the fifth largest economy in the world and one of the US’s largest trading partners.  Companies with suppliers and customers located in, or who otherwise deal with, the European market, should carefully watch the activity of the EU and UK and protecting investment should be a focus of the next 24 months.  We expect communications with our foreign law firm associates will increase over the withdrawal horizon.

Expect other countries to at least entertain the idea of an exit from the UK.  For example, Scotland is already taking action toward a new referendum for independence from the UK. Sixty-two percent of the Scottish vote in last week’s referendum was in favor of the UK remaining a member state of the EU.  Although Scotland make seek to individually join the EU after a break with the UK, turmoil is likely to follow.

Small to Mid-sized companies will reassess their growth plans.  Given the uncertainty of the ability to move employees in and out of the UK once it leaves the EU, many have companies suspending or cancelling their expansion plans in the UK.  The Wall Street Journal has reported that a Swedish company, Football Addicts, has cancelled its plans to open an office in London as it no longer has guarantee that staff can freely move from Sweden to the UK.

The US may be more attractive to European companies for growth.  The same Wall Street Journal article reported that Summit Therapeutics PLC, a clinical drug company near Oxford, England, stated that it will probably shift and accelerate its investments in the US while it waits for the uncertainties created by Brexit to play out.

US interest rates may stay low.  The British pound dropped about 11 percent against the euro in the last few days and is expected to stay depressed, if not in turmoil, for several months and potentially into 2017.  The pound also dropped against the US dollar, Australian dollar and other currencies generally across the board.  When the dollar is strong against other currencies, like it is now, US exports are less competitive.