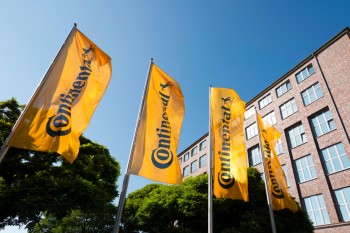 Continental Tire has broken ground on the expansion of its Sumter, SC manufacturing facility. According to Continental, the expansion will increase tire production capacity from approximately four million units planned for 2016 to approximately eight million units and will more than double the current 700 jobs within the facility. Total employment is projected to reach 1,600. Tires produced at the Sumter plant will help meet the increasing demand for Continental and General brand tires from both aftermarket business and automotive manufacturers.

The second phase of construction is expected to bring the plant’s full production capacity to approximately eight million units per year by 2021. Altogether, Continental will invest more than $500 million into the Sumter plant and create about 1,600 new jobs. With the expansion, Continental has met the total projected investment of more than $500 million announced in October 2011.

“This announcement celebrates Continental’s trust in the Sumter facility to continue delivering quality products to our customers,” said Jochen Etzel, CEO of Continental Tire the Americas, LLC (CTA). “We extend our thanks for the sustained support from Governor Haley, the state of South Carolina, the Ports Authority, Sumter County and the city of Sumter.”

“We couldn’t be more grateful for Continental’s continued commitment to its facility in Sumter and to our state,” said South Carolina Governor Nikki Haley. “Our workforce has proven to Continental, and to the entire world, that when you invest in South Carolina and ask us to make your products, we’re going to make them well. Continental is a huge reason our state produces more tires than any other state in the country, and we’re excited to celebrate a bright future for the partnership between South Carolina and this great company.”

To date, CTA has hired more than 700 employees in the Sumter facility. It is expected that the plant will reach an employment level of approximately 800 by the end of 2015. Continental continues to partner with readySC and local technical colleges to assist with staffing and training interested candidates and to develop tailored apprenticeship programs for mechatronics and production positions in the facility.

Key facts about the Sumter Phase I facility:

Continental has invested more than $1.5 billion in the past five years for manufacturing, technology, facilities and product development in the U.S. Aside from the U.S., Continental has recently expanded production capacity also in Russia, China and Europe to better serve global demand on a long-term basis.

Note to Editors – the quotes below were provided by local government officials:

“We congratulate Continental Tire, The Americas – Sumter Plant on this expansion and I thank my colleagues on County Council for working diligently with the Economic Development team and Administration to create a win-win for the County and the company. We appreciate our industrial partners, and this expansion creates further economic investment and job opportunities for our citizens. Economic Development is and will always be a priority for County Council now and in the future.”
Sumter County Council Chair Naomi Sanders.

“On October 6, 2011, we announced the largest single private sector investment in Sumter’s storied past, and this is again a momentous day. We appreciate the continued confidence this company has in our community and it is a testament to the resilience of this community that continues to improve and become a great place to live, work and conduct business.”
Mayor of Sumter, Joe McElveen

Be the first to comment on "Continental Tire Breaks Ground on Sumter, SC Plant Expansion"