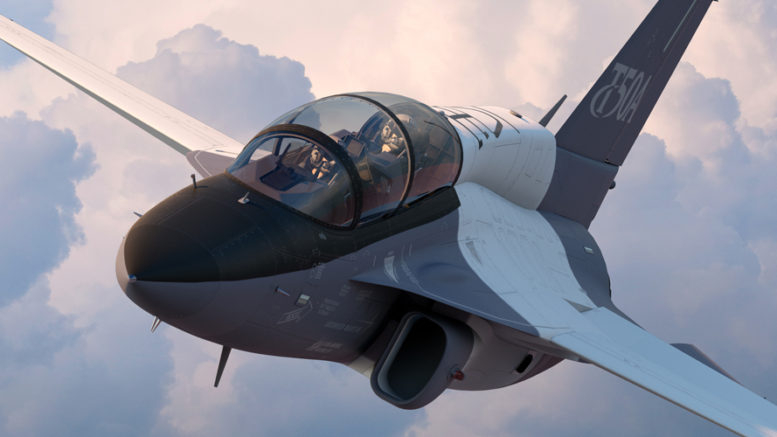 Slated to keynote the Greenville Area Development Corporation’s annual investor luncheon, Lockheed Martin’s local Site Director, Don Erickson, said the event will provide a valuable opportunity to update the area’s business community on the T-50A and the potential of a new era in both the state’s aerospace sector and military aviation.

The U.S. Air Force’s T-50A is a variation of Lockheed Martin’s joint venture with Korea Aerospace Industries, the company announced in February.

Should Lockheed win the contract, the training aircraft will have its final assembly and check out in Greenville and could translate to more than 200 additional jobs for the area.

SC Aerospace Chairman, Steve Townes, said some industry experts estimate the T-50A program is worth up to $8 Billion.

Lockheed’s speed-to-production approach will save the Air Force time and money, significantly accelerating its plans to field an initial operational capability of new fifth generation training planes by as much as four or five years, he said. Ultra-modern yet cost-efficient fighter trainers being produced and flown right out of Greenville “is a game changer for our region.”

Although open to investors only, the GADC’s annual luncheon is scheduled for May 24, at the Poinsett Club from 11 a.m. to 1 p.m. Erickson’s keynote on the T-50A is expected to begin at approximately 12:30 p.m.

Mark Farris, GADC President and CEO, said although 24 announcements were made in 2015, the organization will emphasize to its investors that existing industry expansions hold just as much potential for innovation and impact.

The new investment and job growth associated with the T-50A is just as vital to Greenville as new companies, he said. “Aviation and aerospace have been a targeted industry at the GADC for more than 10 years, and as we begin to see additional relative announcements in the Southeast, this industry sector has the potential to develop and mature much like our existing automotive cluster.”