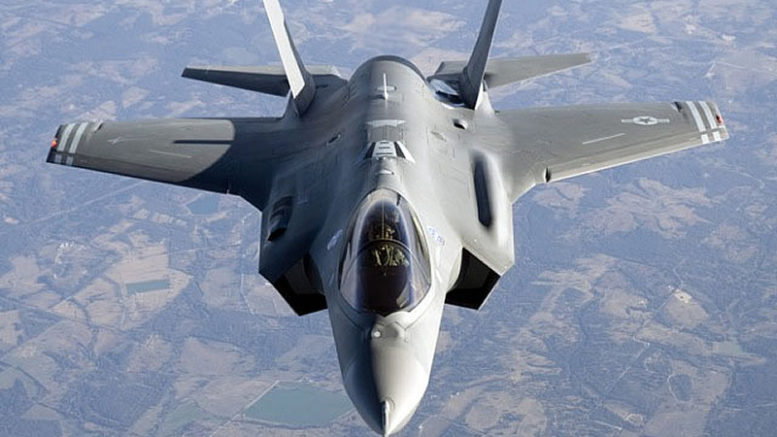 Rumors of problems with the F-35, and Congress wanting to resurrect the F-22, will not translate to problems for Lockheed Martin in Greenville.

On April 20, a General Accountability Office report indicated significant problems with the F-35’s “brain” or Autonomic Logistics Information System could ground the entire fleet of nearly 2,500 bombers, purchased by the Department of Defense for more than $400 billion.

According to the report, the ALIS, or the “brains” of the program, is not fully functional and does not have a backup system.

“ALIS is a complex system of systems that supports operations, mission planning, supply-chain management, maintenance, and other processes. In the past, we have reported that ALIS software has not been delivered on time and has not functioned as expected when it is delivered,” the report said. “In addition to continuing software problems, our ongoing work indicates that the F-35 program faces other key challenges related to ALIS. For example, some equipment management data is inaccurate or incomplete and engine health information is not included in the current version of ALIS. In addition, the system may not be deployable and does not have a backup in case the hardware system was to fail.”

“ALIS is a component of the F-35 air system, integrated and provided by Lockheed Martin,” Rein said. “The F-35 is the first tactical aircraft designed with sustainment in mind from the beginning. As ALIS development continues, our focus is on the warfighter and delivering the most effective, efficient fleet management system to sustain the F-35 over the next five decades of operations.”

The report, he said, will not impact operations at Lockheed’s Greenville plant at all.

“The company is still hiring 1,000 new people to build our projected ramp up of production from 53 to 180 jets a year,” Rein said.

At the same time last week, Congress raised the question of whether or not to restart the F-22 program in response to Russian military aircraft flying dangerously close to US war ships and spy planes.

On April 22, 2016, two F-22 Raptors and one KC-135 Stratotanker were dispatched to an Air Base in Romania, along with 20 supporting airmen from the 95th Fighter Squadron, Tyndall Air Force Base in Florida.

“Today, I would like to highlight this deployment as a demonstration of our promise to support Romania and the rest of our NATO allies,” Lt. Gen. Timothy Ray, 3rd Air Force commander, said during a press conference. “Romania is one of our strongest allies.”

The largest F-22 deployment to Europe to date, the F-22s will remain at in Romania before returning to RAF Lakenheath, England to continue their training deployment through May.

“We rapidly deployed these aircraft, along with a KC-135 Stratotanker, here to showcase our flexible response and our range of capabilities,” Ray explained. “These aircraft have the ability to project air dominance quickly, at great distances, to defeat any possible threat.”

The House Armed Services Committee directed the Air Force to look into what it would cost to restart production of F-22s, as well as the cost to purchase an additional 194 planes.

Rein said Lockheed would assist as needed, but any other speculation on restarting the program would be inappropriate at this stage.

“Lockheed Martin will support the U.S. Air Force with any data they need to respond to the U.S. congressional committee’s request to assess the cost and feasibility of restarting F-22 production,” Rein said.

Be the first to comment on "Rumors of problems, resurrection of old line, no problem for Lockheed"