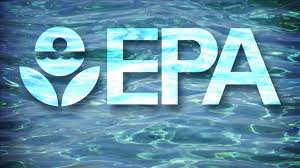 National Association of Manufacturers (NAM) Vice President of Energy and Resources Policy Ross Eisenberg released the following statement after the Environmental Protection Agency (EPA) and the U.S. Army Corps of Engineers (the Corps) finalized the “Waters of the United States” regulation.

Eisenberg continued, “This all adds up to increased regulatory uncertainty, permitting costs, delays and even litigation, not to mention a giant new set of hurdles standing in the way of construction. Protecting our nation’s waters is a priority for manufacturers, but we need a balanced regulatory approach that provides a fair and transparent process. Today, we got the opposite. The growing $2 trillion a year regulatory burden, including this new rule and the proposed rules on ozone and greenhouse gases, is hampering manufacturers’ global competitiveness. Manufacturers support congressional efforts to send this flawed regulation back to the EPA and the Corps to be rewritten.”

For more information on the impact of environmental regulations on manufacturers, visit NAM’s website.