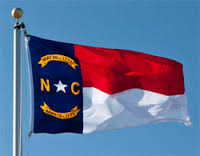 “With its low labor costs, favorable tax climate, and recent designation as one of several U.S. manufacturing innovation hubs, investment in North Carolina’s industrial sector has picked up speed,” says Tom Dubin, President of the Evanston, IL-based publishing company, which has been surveying industry since 1912. “However, the state face stiff competition from its neighbors in the South Atlantic region, particularly in heavy industries such as aerospace and auto manufacturing.”

Gains were reported across most other industrial sectors in North Carolina, with employment in medical instruments/related products up 3.2%; chemicals up 2.2%; fabricated metals, up 1.8%; electronics, up 1.4%; and paper products, up 1.2%.

North Carolina posted losses in primary metals, down 6% and textiles, down 1.1%.

For the full story, including a regional analysis click here or visit http://www.manufacturersnews.com/news

MNI reports Charlotte ranks first in the state for industrial employment with 43,201 jobs, up 1.3% in 2014. Manufacturing employment rose 2.8% in Winston-Salem; and rose a half percent in both Research Triangle Park and Greensboro.