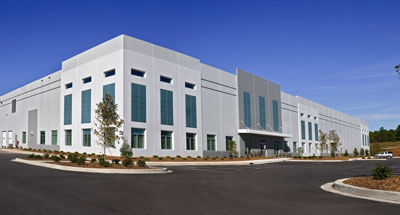 “We consider ourselves lucky to call South Carolina and Lexington County home and appreciate all the support as we continue to grow our business,” said Steve Platte, Director of Operations for RNDC.”
The origin of RNDC can be traced back to 1898 when the N. Goldring Corporation became the first licensed beer distributor in Florida. The firm, as it’s known today, was established with the 2007 merger of the Republic Beverage Company and the National Distributing Company. Since its inception, RNDC has grown tremendously, expanding its operations across the United States. Today, as the nation’s fastest-growing distributor of alcoholic beverages, the family-owned, privately-held firm employs more than 7,800 workers in 20 states and the District of Columbia.
RNDC’s Lexington County expansion will be achieved with the construction of a 129,500-square-foot addition to its existing 206,000-square-foot facility in the Lexington County Industrial Park. The company will employ more than 500 staff at the facility when the project is completed this summer. Positioned less than a mile from the intersection of Interstate 26 and Interstate 77, the expanded facility will allow RNDC to more efficiently serve its customers throughout South Carolina.

“South Carolina is a leader in logistics and distribution, and today’s announcement by the Republic National Distributing Company is a testament to that,” said Bobby Hitt, South Carolina Secretary of Commerce. “I offer my congratulations to RNDC for announcing this expansion and look forward to watching their continued success in our state.”
The expansion is expected to be completed later this year, before the end of the third quarter. Those interested in joining the RNDC team should visit the company’s careers page online. For more information on RNDC, visit www.rndc-usa.com.

Economist Says Investment in Barnwell County Could Have Significant Impact

Be the first to comment on "Republic National Distributing Company Expanding in Lexington County, SC"