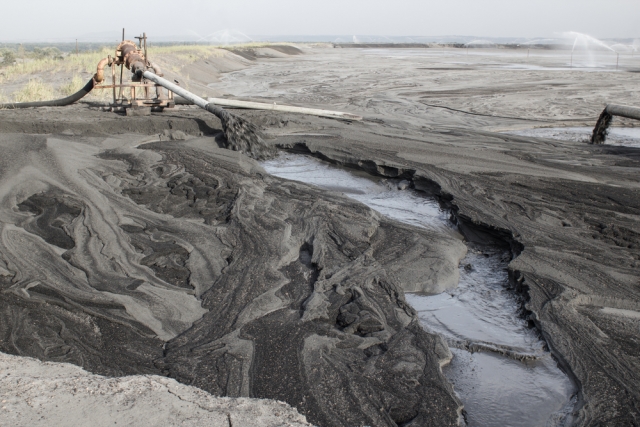 As of July 2015, South Carolina utilities have removed over 1 million tons of coal ash from two sites covered by settlement agreements obtained by local conservation groups.

At the Wateree Plant on the Catawba-Wateree River near Columbia, South Carolina, SCE&G has now removed over 723,000 tons of coal ash from riverside lagoons.  The removal is required under a 2012 settlement agreement reached with SCE&G to resolve litigation brought by the Southern Environmental Law Center on behalf of the Catawba Riverkeeper.

At the Grainger Plant on the Waccamaw River in Conway, South Carolina, Santee Cooper has now removed over 295,000 tons of coal ash from riverfront lagoons.  The removal at Grainger is required by a 2013 settlement agreement to resolve litigation brought by the Southern Environmental Law Center on behalf of the Waccamaw Riverkeeper, the South Carolina Coastal Conservation League, and the Southern Alliance for Clean Energy.

In both instances, the coal ash is being moved to dry, lined storage away from the rivers or being recycled into concrete– eliminating the risk of catastrophic failure and river pollution.

Duke Energy has also begun removing coal ash from its Lee Plant on the Saluda River near Greenville and Anderson, South Carolina.  The removal of that ash is required under a 2015 settlement agreement negotiated by the Southern Environmental Law Center on behalf of Upstate Forever and Save Our Saluda. Duke Energy has not yet reported how much ash has been removed from that site.

The Southern Environmental Law Center is working to ensure that Duke Energy also cleans up its coal ash at 14 locations across North Carolina and has brought litigation to require TVA in Tennessee and Dominion in Virginia to clean up coal ash in those states.