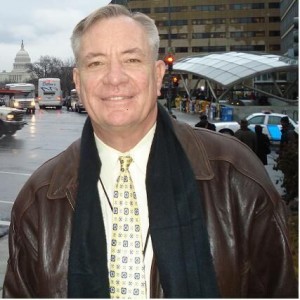 Officials from the Federal Aviation Administration and the NextGen Air Transportation Program based at North Carolina State University will address the topic of unmanned aerial systems at the second annual South Carolina Aerospace Conference and Expo, which will be held on Aug. 26-27, 2015.

Kyle Snyder, Director of the NextGen Air Transportation Program at NC State, will speak about where the unmanned aerial systems industry is now, and his expectations for future growth.  Snyder, whose background includes positions with the NASA Academy in Aeronautics and Lockheed Martin Aeronautical Systems, is a North Carolina native who returned to his home state in 2012 to lead the development of an Unmanned Aircraft Systems (UAS) Ecosystem as part of an effort to transition the state to a modern air transportation system. Through his experiences in industry, academia, government, and the nonprofit sector, Snyder has developed a unique perspective and skill set for transitioning new aviation technologies from research laboratories and prototype phases into operational products.

Captain Michael K. Wilson, Unmanned Aircraft Systems Program Manager and Aviation Safety Inspector for the Federal Aviation Administration, will focus on current and forthcoming regulations impacting the industry.Captain Wilson is an accomplished aviation industry operations and training expert. He has held executive and leadership positions throughout his 44 years and nearly 30,000 hours of flying experience, and is a retired Delta Air Lines International Captain and Senior Check Airman. Captain Wilson has led national policy, rulemaking, and leadership teams that span operations, simulation, evaluation, licensing, and flight training responsibilities, and has accounted for the creation of new models and organizational structures across agency and national arenas. Captain Wilson is a graduate of the U.S. Naval Academy, and he holds advanced degrees in strategic planning and tactical operations. He is a retired U.S. Navy Captain and Naval Aviator, with more than 32 years of active and reserve service.

The South Carolina Aerospace Conference and Expo are designed to bring together leaders from the aviation industry, government and the investment community. The event highlights South Carolina’s emergence as a top destination for aerospace manufacturing and research and will feature:

Registration and sponsorship information for the conference may be found at http://saeu.sc.edu/reg/aerospace/index.php.

The updated agenda may be found at http://saeu.sc.edu/reg/aerospace/agenda.php .