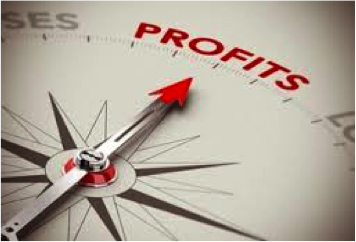 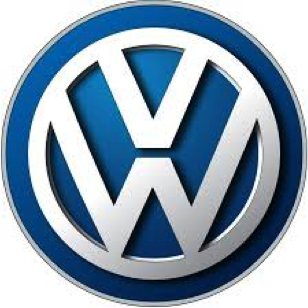 The revelations that Volkswagen diesel engines were designed to meet emission regulations only during emission testing with special software offers important lessons for the leader of any size business. I certainly have no inside knowledge of the crisis, but clearly it points to deep-seated cultural problems in how VW is managed. If you are an owner, president or CEO of a business, are you fostering a similar culture?

During congressional hearings, Michael Horn, the CEO of Volkswagen America stated that it all hinged on a couple of engineers who implemented the software for some unknown reason. It has been further reported that the reason was because the engineering teams had failed to meet emission regulations, so the software was a way to “remedy” the problem. Horn went on to say that “…this was not a corporate decision…” and that “…there was no board meeting that approved this…”

So, there were two engineers solely responsible for this decision. Seriously? That defies logic. These were high-level technical leaders who were no doubt part of a large development team. Software development is a complex process, and many more than these two engineers were involved in the design, development and testing. Others had to know. Likely many others. If many knew, would it not be expected that at least one, maybe more, realized this was ethically and legally wrong? And assuming that is true, why would they not feel free to communicate their reservations to those in a position of power? There is only one explanation. The culture within the company prevented open and honest discussion. It is likely a culture where management does not want to hear “bad news”. Clearly those who knew this was happening, and realized it was wrong, felt voicing concerns would not be a career-enhancing decision.

In addition, it points to two other problems that exist in many companies. First, the focus in many large, public companies is strictly on the quarterly earnings. That is how the senior leadership is rewarded. In many cases, what they say (e.g. we are dedicated to providing high-quality automobiles to our customers around the world) and what they do (e.g. support a culture where the lines between right and wrong are blurred and open and honest communication is punished) are radically different. Employees understand this, and they will behave accordingly. So, despite what Michael Horn says, he and his senior management colleagues bear ultimate responsibility. Their decisions (or lack of decisions) directly led to the culture that permitted this to happen.

Second, it also illustrates another common problem. Namely, the lack of engagement in the development processes by senior management. New product development is a key business process. Clearly, VW management in their statements seem to imply that all decisions concerning development of these engines were made in R&D. Many senior managers make that mistake. They devote the vast majority of their time to the “real business”: making the quarterly numbers and pleasing investors. They might be involved in the decisions about new products, but there is a difference between being truly engaged and merely involved. In my opinion, there is no plausible excuse why VW senior management did not know. There are only two options. They knew about it and are lying. Or they didn’t which points to a lack of engagement in arguably the most important of all business processes, namely new product development. Either way, it is a failure of leadership pure and simple.

There are important lessons here for any senior manager. First, as Peter Drucker once said, “…culture eats strategy for breakfast…” Culture is critically important and senior leadership is responsible for fostering a culture that supports ethical and legal decisions. There is a higher purpose for any business entity. It is not just to produce a profit. It has to be responsive to employees and society at large. Second, what you say and what you do has to be congruent. If not, expect employees to behave based on what you actually do. Third, a culture that supports open and honest communication is key. If senior management punishes hearing “bad news”, dysfunction will reign.

What happened at VW can happen anywhere, and in any size business. It is senior management who is ultimately responsible for a culture that supports ethical and legal decisions.

Jeff Groh is President of New Product Visions located in Flat Rock, NC. New Product Visions helps small to mid-sized companies improve their innovation management practices. We focus on processes, organization, management engagement and culture. Services include consulting, Innovation Coach™ Workshops and software enablers. Mr. Groh spent 30+ years in industry in a variety of management roles in sales, manufacturing and new product development prior to starting New Product Visions. He is particular passionate about the role of senior management and the culture that supports innovation success. Mr. Groh can be contacted at jgroh@newproductvisions.com or (302)-367-3160.

Be the first to comment on "Viewpoint: Leadership Failure at VW"