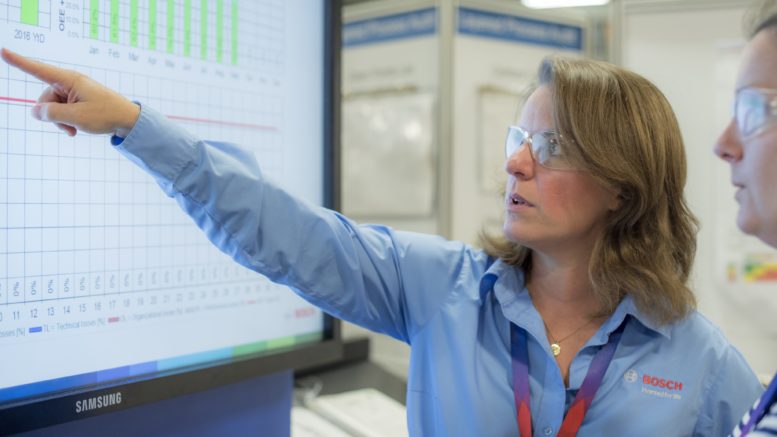 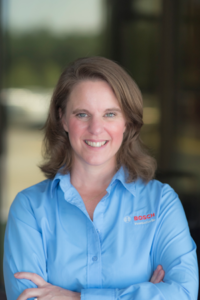 You could say that manufacturing is in Meg Lanza’s blood.

Born in Western NY outside of Buffalo, Lanza’s father was in manufacturing. It was the only job she ever considered taking.

“I never pictured myself dressing up and going into an office,” Lanza said.

Lanza works at Bosch in Charleston, as part of the Director of Bosch Production Systems team. It’s her and her team’s responsibility to go into a plant or production area and make sure the facility is properly laid out for a new product.

“It was my first taste of automotive,” Lanza said. “We were working with a product everyone can relate to. And it was very fast moving. That was very exciting for me.”

From there Lanza moved to Honda, and now to Bosch. Supervisors say Lanza is a leader and an innovator in the field of production systems.

“Meg is a key part of our management team here in Charleston,” said Larry Lautenschalger, senior VP and technical plant manager for Bosch in Charleston.

“As our director of BPS, she has been entrusted with the responsibility for the one thread that ties all functional areas of our plant together. She is a great role model for all of our associates because she embraces continuous learning and knowledge sharing as tools for driving continuous improvement within the organization.”

According to a 2013 report from the National Women’s Law Center, women in manufacturing is at its lowest point since 1971. While manufacturing in the US has grown by 517,000 (between January 2010 to February 2013), women’s share of manufacturing is currently at just over 27 percent.

That means that while women represent nearly 50 percent of the US population, they only represent a quarter of the manufacturing population.

Lanza said women bring unique experiences and perspectives to manufacturing and it’s important that businesses reach out to women candidates, as well as girls in junior high school, high school and college, to let them know what manufacturing is today.

“Modern manufacturing facilities aren’t the same dirty mills they were years ago. Today’s facilities are clean and state of the art,” Lanza said.

“I think it’s our responsibility as manufacturers to expose women and girls to the facilities and to give them that opportunity or that exposure to what manufacturing is today.”

Lanza said it was for manufacturing corporations to show girls that their loves and passions can have a place on a factory floor, and not the other way around.

While Lanza said she would hesitate to call any of the challenges she faced throughout her challenges that could be attributed to her being a woman, she did say that there is a challenge for women to getting into leadership positions in manufacturing, just because there are so fewer women in the leadership candidate pool to choose from.

“Are we in an okay spot when it comes to women in leadership positions in manufacturing? I would say no,” Lanza said.