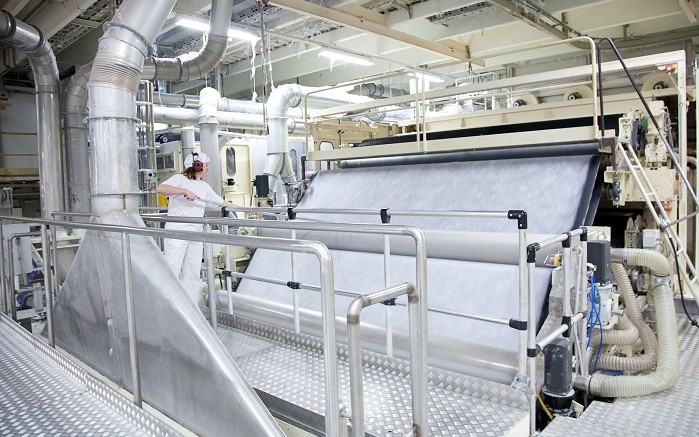 Suominen, a globally-leading supplier of nonwovens, is expanding its manufacturing operations in Kershaw County. It is the largest single initiative in Suominen’s current growth investment program and is expected to create at least 25 new jobs in Bethune, S.C. over the coming years.

“Bethune is ideally located in the nonwovens hub of North America,” said Suominen Corporation President & CEO Nina Kopola. “The plant already has some specialized production lines and very talented staff, and the investment will further strengthen Bethune’s market position as a leading supplier of nonwovens with higher added value.”
Currently headquartered in Helsinki, Finland, the origins of Suominen can be traced back to 18th and 19th centuries. Since that time, the company has transformed significantly. Today, Suominen specializes in the manufacturing of nonwovens for wiping, hygiene and medical products, such as wet wipes, feminine care products and swabs. As a truly global firm, Suominen employs approximately 600 people in three continents.
The company is expanding its Kershaw County facility by adding a wet laid production line to its existing operations. The new line will be housed in Suominen’s current Midlands facility, located at 500 Chestnut St. in Bethune, S.C. This investment supports the firm’s target growth initiatives for the strategic period of 2015–2017.

“It’s always a great day when we can celebrate the expansion of one of our South Carolina companies,” said Nikki Haley, South Carolina Governor. “Suominen’s decision to expand its Palmetto State operation is a win for the company and for our entire state, and we look forward to seeing the positive impact these 25 new jobs will have on the local community.”
The new line is expected to be installed during the second half of 2016. Open positions will be posted online once hiring progresses. Those with applicable skills and experience, who are interested in joining the Suominen team at Bethune, should e-mail resumes to Jobs.bethune@suominencorp.com.

Be the first to comment on "Suominen Expanding SC Manufacturing Operations"