What is 3D printing? Many people are asking this question as hobbyists and maker groups have popularized the technology.

3D printing, or additive manufacturing, has evolved from a niche technology used for research and product prototyping to a rapidly growing segment of the manufacturing economy. Only a few years ago, the technology was almost exclusively in the domain of university research labs.

In the early 1980s, Hideo Kodama of Nagoya Municipal Institutional Research Center, invented a 3D printing process utilizing photo-hardening polymers. Chuck Hull, formerly of UVP, Inc. , a company that went on to become 3D Systems, patented stereolithography as the method to create 3D objects by printing thin layers. These processes created the foundation of 3D printing, allowing shapes and structures to be formed that were not possible with manufacturing technology in use at the time.

In simple terms, 3D printing works similarly to an ink jet printer. The printing head moves across a “construction” area, and at appropriate coordinates, deposits a small layer of material. The printer head then raises slightly and repeats the process, creating an object layer by layer. The exact forming process depends on the material being used.

Early 3D printers utilized photo-hardening polymers or ultraviolet light lasers to cure photopolymers. These were small printers that formed plastic shapes. The first step in the process was to create a three dimensional model of the object to be printed in computer aided drafting (CAD) software. 3D printing software was used to slice the object into layers that could be “printed.”

3D printing entered manufacturing at a time when virtually all metal shaping and forming technologies involved subtractive methods. A manufacturer started with a shape, block, or cylinder and utilized grinding, filing, drilling, or cutting to remove material and leave the desired shape. The steps to develop prototypes involved the same processes and took the same time as final projects. 3D printers were initially used to develop prototypes and shorten the design/development process, allowing companies to move a product to production faster.

In the earlier years, 3D printing was not fast enough or economical enough for production. The shapes produced were not strong enough for everyday use. This led to 3D printing being called rapid prototyping. As the technology improved, it was expanded to new applications.

From the 1990s into the 2000s, new technologies developed to allow use of more materials including plastics, powders, laminates and metals. As the processes “added” material instead of “subtracting” material, 3D printing came to be called additive manufacturing. As these technologies developed, it became possible for some production processes to be performed with 3D printing more economically than traditional manufacturing processes.

Today, you can buy a personal 3D printer for a few hundred dollars or a commercial model for $500,000. Inventors, hobbyist, artists and manufacturers all can find 3D printers that meet their needs. From video game models to aerospace prototypes, 3D printers are changing our world.

Advances in technology and applications are developing at a rapid pace. They allow the use of many different materials and are being integrated into production processes in virtually every industry. The mass distribution of 3D printers has implications for the future of manufacturing and our society as a whole.

Want to learn more? Greenville Technical College’s Center for Manufacturing Innovation (CMI), to open in 2016, will explore the use of additive manufacturing in the research, design, and prototyping of next-generation products. For more information on the CMI, email the executive director: david.clayton@gvltec.edu. 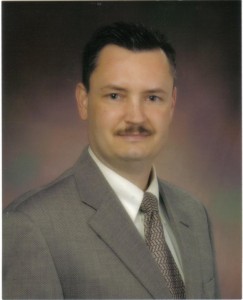 Dr. Joel Welch worked as a consulting engineer for 9-1/2 years before joining the faculty at Greenville Technical College (GTC) in 1998. At GTC, Joel has served as a faculty member, department head, dean for Engineering Technology, associate vice president for administration, and currently as dean of the Business and Technology division. During his career, he has built strong partnerships with business and industry as well as other educators to meet workforce needs. Joel earned a bachelor’s degree in Civil Engineering from The Citadel, a master’s degree in Civil Engineering from the University of South Carolina, and a Ph.D. in Educational Leadership from Clemson University. Active in the community, he has served on the Greer Middle College High School Board and the SC Skills USA Board. He is a current member and past-president of the Pleasantburg Rotary Club, and he directs a youth drama team. He and his wife, Lisa, have lived in the Greer area for the past 22 years and are the parents of 3 children.