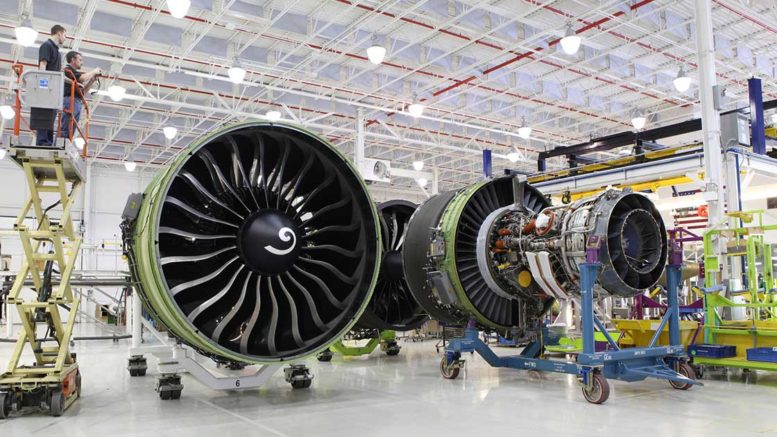 The Palmetto State has been hard at work over the past three years to develop the aerospace industry.  Leaders from the public, private, academic and nonprofit sectors have organized behind an effort called SC Aerospace – a collaborative effort of the South Carolina Council on Competitiveness to support and develop aerospace in our state. It seeks to unite the aerospace growth objectives of industry, academia, and government to foster continued acceleration of one of the fastest-growing industry segments in South Carolina.

The Demand for Talent.    The SC Aerospace partnership sets priorities for the development of the industry and takes action to ensure that South Carolina’s aerospace cluster remains competitive on the global stage. From the collective voices of our stakeholders, the first priority is clear: to build a generation of aerospace talent.

The opening of Boeing South Carolina in 2011 was a clear sign that our state is competitive in the aerospace industry on the global stage.  But even before Boeing landed in the Lowcountry, aerospace had been a significant driver in our state’s economy. The majority of South Carolina’s aerospace companies are actually in the Upstate, including Lockheed Martin, GE Aviation, Champion Aerospace, Cytec/Solvay and Honeywell.

Growth in the industry continues to be strong as more and more companies invest in our state.  According to the South Carolina Department of Commerce, 28 aerospace-related companies have announced a new location or expansion since 2011, committing to capital investments of $2.19 billion and the creation of approximately 4,630 new jobs.  With such a persistent presence in South Carolina, aerospace will continue to offer career opportunities to our citizens in the years to come.  Private sector aerospace jobs offer a total average compensation of around $70,000 per year, which is 69% higher than the $41,000 average total compensation for all jobs in South Carolina.*

SC Aerospace Expo.  Pathways to aerospace careers will be a major focus of third-annual South Carolina Aerospace Conference & Expo on August 24 – 25 in Columbia.  The Deans of Engineering at Clemson and the University of South Carolina, representatives from the Technical College System and the Vice President of the Engineering Design Center at Boeing will participate in a discussion moderated by Anita Zucker, CEO and Chairperson of the InterTech Group, on efforts in our state’s higher education arena to cultivate a generation of aerospace talent.

“Aviation Week” Regional Workforce Survey.  Carole Hedden, editorial director at Aviation Week & Space Intelligence, will present the results of the first-ever aerospace manufacturing workforce study in South Carolina.  The study was conducted in collaboration with North Carolina, Georgia, Alabama and Florida to develop the Southeast region’s first deep-dive report on the state of the aerospace and defense manufacturing industrial base.  The results of this study will inform our efforts to build a generation of aerospace talent.

South Carolina is certainly off to a great start. The University of South Carolina’s McNAIR Center for Aerospace Innovation and Research is the only university-based aerospace center in the U.S. with production-level automated composites manufacturing hardware. The McNAIR Center is designed for science-based aerospace engineering educational programs that connect both undergraduate and graduate students with real world industry research. The McNAIR Center partners with key players in the aerospace industry including Boeing, NASA, TIGHITCO, Northrup Grumman and others to find innovative solutions leading to commercial success.

Career Tracks.  The South Carolina Technical College System educates students in aerospace through high-quality certificate and degree programs at several institutions, and trains industry employees through the nationally recognized programs readySC and Apprenticeship Carolina. For the first time, the Technical College System offered a series of trainings specifically designed for aerospace suppliers during the last school year.  A high school student can enter the industry by taking aerospace training courses at one of the Technical Colleges, earn an FAA certificate, and start work in any number of companies that seek those special skills.  Career advancement can follow several paths, with advancing training and education, many times with the employer covering the costs.

Not only are higher education and adult workforce training programs preparing students and employees for careers in the aerospace industry, but there has been a growth in aerospace-related programs in K-12 education as well. The EdVenture Children’s Museum was recently awarded a grant from NASA to build a flight exhibit to inspire young children to become interested in aerospace.   The South Carolina State Museum has opened a 55-foot digital dome planetarium, taking guests on journeys through space.  A permanent NASA gallery is located in the planetarium lobby with interactive capabilities and artifacts from South Carolina astronauts, including Charles Bolden, Charles Duke, Ron McNair and Frank Culbertson.

For the past 20 years, the Challenger Learning Center in Richland County School District One has offered programs during the school year and summer to get students excited about avionics, aeronautics, robotics, and rocketry. South Carolina also has many schools offering Project Lead The Way courses in aerospace engineering that build students’ skills and expose them to career possibilities.

Long-Term Aspects.  Airplanes and related aerospace products are built to last for many years. People working at Boeing Charleston today on 787 Dreamliners could very well still be working there 25-30 years from now, on the next generation of advanced commercial planes. Aerospace assets last for decades, spawning the aggregation of supply chains, and fostering long term jobs that compensate well above the average.  There are many career paths available to anyone with the passion to join the aviation industry.

These achievements are significant, but SC Aerospace believes that we can create even more opportunities from early childhood through adult education for exposure to aerospace careers. A young child who is interested in planes should have the opportunity to build her skills through hands-on programs in school, earn certificates and degrees at quality institutions, find a well-paying job at an aerospace firm in the state, and climb the career ladder through continuing education courses.

Thirty education leaders have joined the SC Aerospace Education Working Group to organize action around this priority. In the year ahead, the group will be working on an awareness campaign, creating or using an existing aerospace curriculum for middle and high schools, and connecting educators with industry leaders for more information about career possibilities for students.

Join me next week!  I hope you will join us at the third-annual SC Aerospace Industry Conference & Expo in Columbia on August 24 – 25, as we celebrate our success and explore the future of aerospace in The Palmetto State.

Be the first to comment on "A well-paid job for life? Building a generation of aerospace talent in South Carolina"