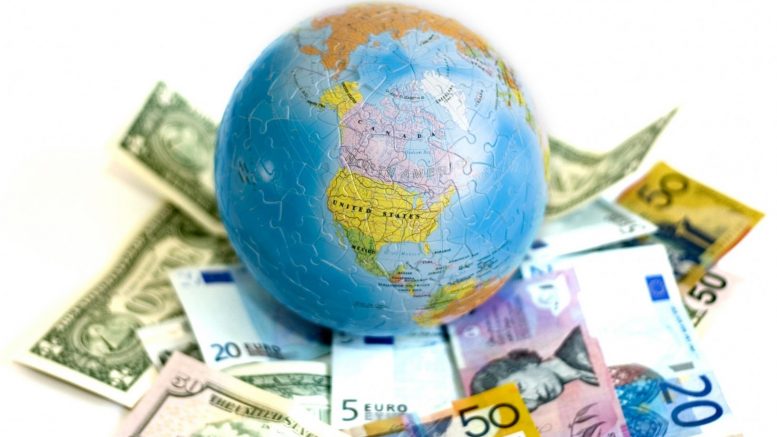 In 2017, the A.T. Kearney Foreign Direct Investment Confidence Index® concluded, “investors are bullish about economic growth and FDI [Foreign Direct Investment] is critical to the South Carolina economy.  prospects, but are monitoring political risks for abrupt changes to the business environment.” Fast-forward to 2018, and that monitoring is heightened. Trade negotiations and legislation having an impact include: The Tax Cuts and Jobs Act, President Trump’s renegotiation of NAFTA and other trade agreements, the Foreign Investment Risk Review Modernization Act of 2017 (FIRRMA), and tariffs and trade wars. South Carolina’s economy is more dependent on FDI and  exports than many other states.

Some of these actions may have their intended effect of protecting U.S. companies and the nation’s security. For example, the manufacturing and construction industries should reap benefits from tax cuts which lower their effective tax rates. But while easing financial burdens on U.S. businesses, especially small businesses, may be good for the economy, there is widespread concern regarding actions seen as hostile to international trade. Governmental proceedings, as they unfold day-to-day, are very dynamic and fluid. They represent a confluence of political, economic, security and social issues and the complexity of the situation is currently causing large international companies to press pause on their investments.

FDI is critical to a thriving domestic economy, especially in South Carolina. According to the Office of the Chief Economist within the U.S. Department of Commerce, “FDI supports a host of benefits in the United States, such as good jobs and innovation resulting from research and development.” And historically, the U.S. has been about average in terms of its restrictiveness on foreign investment. Currently, however, Congress is reviewing FIRRMA, a proposed bill that seeks to protect national security by limiting foreign control of the country’s critical infrastructure.

Significant upheaval was triggered in the first half of 2018, when the White House announced a 25 percent tariff on foreign-made steel and 10 percent tariff on aluminum. The action was largely a response to China’s perceived “dumping” of cheap steel and it made a statement about the Trump administration’s attitude toward global trade relations and the perceived status quo.

Stakes rose much higher in early July, when the United States imposed an additional 25 percent tariff on $34 billion of goods imported from China. China responded with an equivalent tariff on $34 billion of goods it imports from the United States. By July 10, the Trump administration had released a list of $200 billion worth of Chinese goods that could be subject to 10 percent tariffs and hearings on these proposed tariffs are scheduled to occur Aug. 20-23.

Beyond this escalation between the world’s two largest economies, Canada announced that it would match (but not escalate) the dollar value of the United States’ steel and aluminum tariffs with tariffs of its own, with affected products including consumer goods. Europe is pondering how it can respond to U.S. tariffs without becoming embroiled in a damaging trade war—a task made more difficult by President Trump’s threats to impose tariffs on European auto imports. Switzerland, Russia, China, India, Canada, Mexico, Norway and the European Union have begun working with the World Trade Organization (WTO), pursuing dispute settlement.

It’s impossible to judge just how long the domino effect will continue. Some experts are predicting that Europe, China, and other economic powerhouses will form mutually beneficial trade relationships with one another that exclude the United States and in fact, Beijing is scheduled to host an EU-China summit on July 16.

According to consulting and research firm Rhodium Group, Chinese acquisitions and investments in the U.S. fell 92 percent in the first five months of this year. CSNBC recently reported “Foreign direct investment worldwide is on the decline due to trade war fears, immigration and protectionist policies.” This follows FDI that was already in decline: according to the United Nations World Investment Report 2018, global foreign direct investment fell by 23 percent in 2017 and the UN expected it to grow little (or not at all) in 2018. On July 11, the Bureau of Economic Analysis (BEA) released numbers on expenditures initiated by foreign investors in 2017 (the latest available data), and those expenditures were down 32 percent since 2016.

Various experts have reported that the construction industry is already feeling the effects of the recent tariffs, not only with higher steel and aluminum prices, but with higher prices on Canadian lumber. The news outlet Route Fifty shared a Moody’s Investors Service report which found that “states with the greatest trade dependency on China, Canada and Mexico are at highest risk of seeing their tax revenues decline—namely Michigan, Kentucky and Louisiana.” The report also identified manufacturing hubs like Detroit and Greenville, South Carolina, as well as port cities, as being at high risk.

FDI raises the standard of living for communities and creates opportunities for construction (and other) companies across the United States. Maintaining a healthy global economy, based upon reciprocal economic relationships and with the United States as an equitable participant, is key to the stability of our own economy.

Brian Gallagher is an executive in the architecture, engineering and construction industry. He can be reached at bgallagher@groundbreakcarolinas.com.

Be the first to comment on "Are We Facing a New Era in Foreign Direct Investment?"