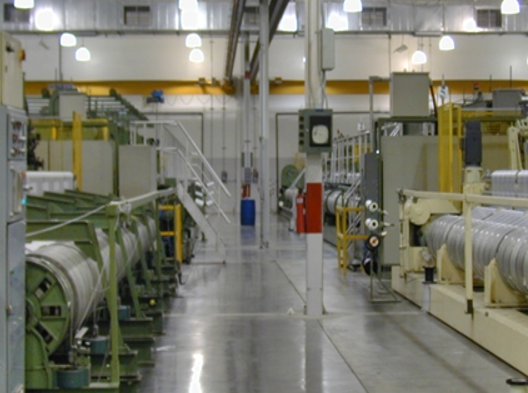 Charleston-based manufacturer, AstenJohnson, Inc., announced today that it is expanding its existing Laurens County manufacturing facility, which is located at 400 Asten Road in Clinton, S.C. The company is planning to invest $32 million on new equipment in the next five years, with the largest purchase being a new needle loom in 2016.

“The plan for new equipment in Clinton shows AstenJohnson’s commitment to the continued growth of our Press Fabrics division,” said AstenJohnson Press Business Leader Bob Huck. “The new needle loom will enable us to manufacture press felts for the largest paper machines in the world.”

The origins of AstenJohnson can be traced back to 1790, when the Johnson family opened the Manchester Wire Works in Manchester, England. Nearly 100 years later, the Asten family launched the Asten Manufacturing Company in Belgium. In 1999, Asten Manufacturing and JWI merged, forming AstenJohnson. Today, the firm employs approximately 2,000 workers in nine countries worldwide.

The company plans to purchase and install the loom within the next year, with start-up anticipated for the third quarter of 2016. For more information on AstenJohnson, Inc., visit www.astenjohnson.com.