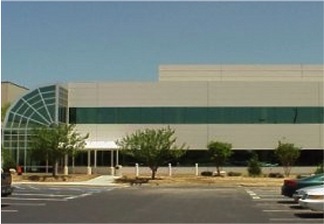 Bausch + Lomb’s Greenville Solutions Plant reached a significant milestone as the company produced its the four billionth bottle of eye care products. In addition, the company announced a expansion of the facility. The company celebrated with Michael Pearson, Chairman and Chief Executive Officer of Valeant Pharmaceuticals International, Inc.

(NYSE: VRX and TSX: VRX), Bausch + Lomb’s parent company and elected officials, employees, and local business leaders on a tour of the South Carolina facility. The company celebrated with Commemorative bottles specially labeled to denote the batch containing the four billionth bottle were produced for the occasion.

Over the next five years, the company will invest $150 million dollars and add up to 200 jobs. Bausch + Lomb already employs 500 people at the 32-year old plant on Pelham Road.

The Bausch + Lomb solutions plant has been part of the Greater Greenville community for more than 30 years since opening in 1983. The plant employs a workforce of more than 500 employees who help to manufacture more than 30 essential medical products, which are then sent to a nearby shipping facility to be packaged and transported around the world. Among the top global Valeant brands manufactured at the Greenville facility include Biotrue® multi-purpose solution, ReNu® Solutions, and Boston® solutions for gas permeable contact lenses. Many of the Greenville Solutions Plant’s employees have worked at the site for more than 10 years.

“Reaching this incredible milestone at Bausch + Lomb’s Greenville Solutions Plant demonstrates the enormous impact that the facility has had across the globe,” said Pearson. “Whether it’s one of the hundreds of employees creating our top-of-the-line products, or a consumer who has bought one of our four billion bottles manufactured at this facility for his or her lens care needs, the work that is done here is essential to peoples’ lives. We are incredibly proud of the employees in Greenville, who reflect the very best of Valeant Pharmaceuticals.”

Valeant and Bausch + Lomb executives announced a new, state-of-the-art, integrated line investment of approximately $25 million. The expansion, coupled with a previously approved solutions-making investment, will add 40 million units of capacity – an overall increase of more than 20 percent. More than 30 new jobs will be created from the increase in capacity, with an expected $7 million spent on local construction and engineering firms. Valeant is also committing to new investments of approximately $90 million over the next two years, and approximately $150 million over the next five years, which is expected to result in 150 to 200 new jobs in the next five years.

“Thank you to the Bausch + Lomb Greenville Solutions Plant for the invitation to celebrate the production of its four billionth bottle,” said Representative Trey Gowdy. “For over thirty years, the Greenville Bausch + Lomb facility has continued to manufacture and export products worldwide, supporting hundreds of jobs in the Upstate. Congratulations on this achievement.”