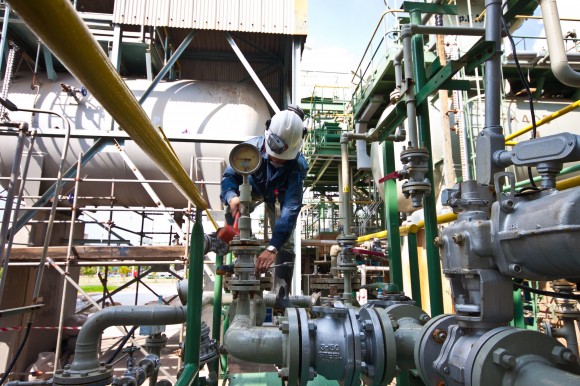 A South Carolina state court jury has awarded $14 million to the family of a maintenance worker who died from mesothelioma after inhaling asbestos fibers in the 1970s at a Celanese Corp. (NYSE: CE) polyester fiber plant in Spartanburg.

Dennis Seay, who died in 2014 at the age of 70, performed maintenance and repair work at the Celanese factory from 1971 to 1980. Although Mr. Seay was employed by Daniel Construction Co., a Celanese contractor, the lawsuit maintains that Irving, Texas-based Celanese nevertheless controlled the safety policies at the plant and failed to provide warning of, or protection from, asbestos hazards.

In the Oct. 8 verdict delivered after a 9-day trial, jurors found Celanese negligent, awarding $12 million in actual damages and $2 million in punitive damages, based on a finding of recklessness, to Linda Seay, Mr. Seay’s wife of 48 years, and the couple’s children, Angie, Justin and Dennis Jr.

Mr. Seay died a little more than a year after his August 2013 diagnosis. Mesothelioma is a rare and deadly form of cancer caused by exposure to asbestos.

“In that last year of his life, his lungs collapsed 10 times and they had to be drained 11 times,” says Chris Panatier, the Seay family’s attorney and name partner in the Dallas trial law firm Simon Greenstone Panatier Bartlett PC. “He suffered immensely, and ultimately died the way many victims of mesothelioma do: a combination of blood constriction, wasting and suffocation.”

The biggest tragedy, Mr. Panatier says, is that Mr. Seay’s death was preventable.

“These companies always have knowledge of hazards the workers don’t,” Mr. Panatier says. “By the time Mr. Seay started working at the Celanese plant, they had full information upon which they could have acted. The company’s medical director even attended a landmark conference in 1964 at which the dangers of asbestos were made very clear to everyone in attendance. So for the company to ignore commonly accepted practices of worker safety, especially in the post-OSHA era, is unforgiveable.”

Be the first to comment on "South Carolina Jury Hits Celanese Corp. with $14 Million Mesothelioma Verdict"