Carolina Handling Service Manager Tracy Brown has received the Patriot Award from the Employer Support of The Guard and Reserve (ESGR) for supporting employee participation in America’s National Guard and Reserve Force. 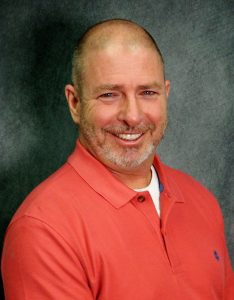 An agency of the U.S. Department of Defense, ESGR was established in 1972 to promote and enhance employer support for military service in the National Guard and Reserve. ESGR’s awards program includes the Patriot Award for individuals and the Freedom Award for employers. Each year, Guardsmen and Reservists, or a family member acting on their behalf, can submit nominations.

“I know it’s not an easy thing when you’re trying to manage people and teams and make sure you’ve got coverage. Then you’ve got people who are in and out for military duty,” Lee said. “This award is not just something from me, it’s something from the Armed Forces saying, ‘thank you.’”

“I lived that military life for six years and I know what those guys go through,” Brown said. “Jesse has a young family and he’s away from them quite a bit with the guard. His sacrifice is important and for ESGR to take the time to recognize what this company does – it’s not just me, it’s Carolina Handling – is overwhelming. This award is special.”

ABOUT CAROLINA HANDLING
Founded in 1966, Carolina Handling is one of the Southeast’s leading material handling solution providers and the exclusive Raymond Solutions and Support Center for North Carolina, South Carolina, Georgia, Alabama and Florida’s Central time zone territory. The company provides lift trucks and automation solutions for warehouses and distribution centers, as well as parts, racking, storage, lighting and dock and door equipment.