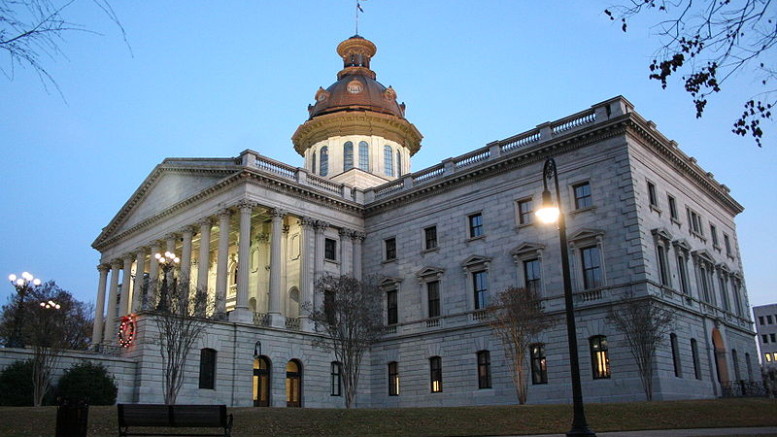 The Charleston Metro Chamber has identified urging legislature to either fully fund an aeronautics training center or allowing construction of the facility to start, as one of its priority issues for this legislative session.

In its legislative agenda released in January, the chamber called for the legislature to fund the last $16 million of $79 million needed to build the SC Aeronautical Training Center at Trident Technical College.

The state has already committed to $30 million towards the facility’s construction.

Presidents of the South Carolina Technical College System schools across the state presented their budget request to the SC House Ways and Means Commission on Feb. 9.

The aeronautical training center is one of those projects. The center would provide aeronautics training – such as aircraft assembly, aircraft mechatronics and avionics – that would help residents in the Low Country train for jobs with manufacturers such as Boeing and other aeronautics suppliers and vendors, officials said.

For chamber members, said Mary Graham, chief advancement officer for the chamber, providing the aeronautics industry with quality talent was a priority.

“I think if you look at the legislative agenda, you’ll see that our main priorities are infrastructure and talent,” she said. “Our members are telling us that things like roads and our workforce are the things our legislature needs to be focusing on.”

Graham said the other challenge facing the facility is that legislation prohibits the facility from even beginning until it is fully funded.

“Under the state system, we can’t even move forward until we have that final $16 million,” she said. “We need the legislature to fund that or at least to allow the facility to move forward with the funding that we have, knowing that we will still need to raise the last $16 million.”

In December 2015, the Charleston County Council approved an $18.5 million proposal to partially fund the training center.

The center will also be funded through a $2 million federal grant, $1 million from the city of North Charleston, $4 million from Trident Technical College, and more than $200,000 in contributions from the private sector.

The facility was proposed in 2013, and will sit on land owned by Trident, school officials said.

Once the project begins, officials estimate it will take two to three years to complete.