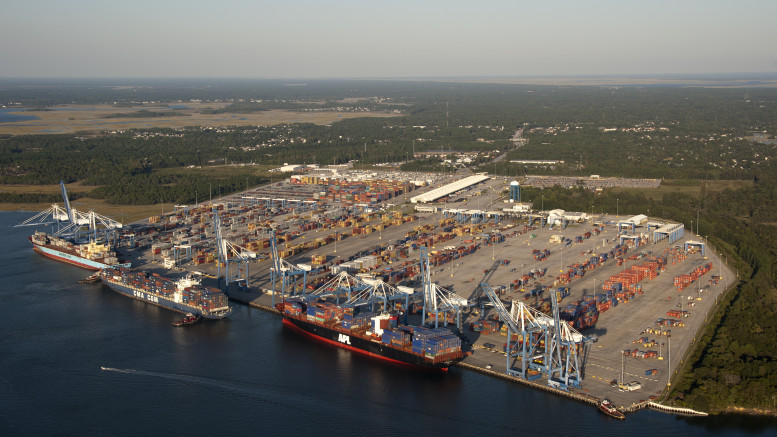 Known as the Record of Decision, the recommendation signed by Assistant Secretary of the Army (Civil Works) Jo-Ellen Darcy is the official notification to Congress that the project requirements have been fulfilled and that it awaits authorization.

Charleston Harbor Deepening has progressed quickly as the first study completed entirely through the U.S. Army Corps of Engineers SMART Planning process. The USACE’s original estimate of seven years and $20 million dollars for the study and associated environmental reviews and permits was nearly cut in half to four years and $11 million as a result of the new program, as well as collaboration with state and federal partner agencies.

It received its Chief’s Report in September 2015, just four years after the project began. In December the project reached another milestone with the signing of the PreConstruction Engineering and Design (PED) Agreement.

The PED phase of the project is underway, marking the final major phase of the deepening process before construction begins. This phase of work activities by the U.S. Army Corps of Engineers, Charleston District include ship simulation studies, refinement of cost estimates, coastal monitoring and analysis of beneficial use of dredged material. PED work is expected to be substantially completed by the end of 2016.

“As another significant milestone achieved for harbor deepening, the issuance of the Record of Decision is tremendous news for SCPA,” said Jim Newsome, SCPA president and CEO. “By the end of the decade, we will achieve 52 feet of depth and Charleston will be the deepest harbor on the East Coast. This advantage will provide our customers with 24-hour access to deepwater, a requirement for significant long-term volume growth in today’s big-ship environment. We are deeply appreciative to the USACE for their leadership on this project.”

The project has received strong support from all levels of government. In 2012, the S.C. General Assembly set aside $300 million to begin construction of the project upon completion of the design, and it was expedited by the Administration as a “We Can’t Wait” initiative.