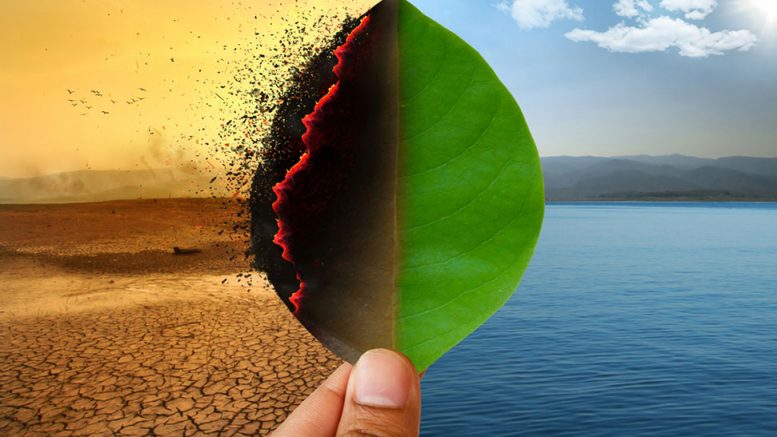 The world can expect more rainfall as the climate changes, but it can also expect more water to evaporate, complicating efforts to manage reservoirs and irrigate crops in a growing world, according to a Clemson University researcher whose latest work has been published in the journal Nature Communications.

Ashok Mishra, who is the corresponding author on the new article, said that previous studies have focused mostly on how climate change will affect precipitation.

But the key contribution of the new study is that it also examined the magnitude and variability of precipitation and evaporation and how much water will be available during the wettest and driest months of the year. 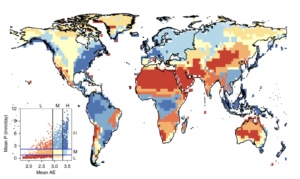 This map shows how various precipitation regions — also called regimes— are distributed throughout the world, according to new research involving Clemson University’s Ashok Mishra. Areas in dark orange are most vulnerable to extremes in wet and dry seasons, a trend expected to become more intense as the climate changes, researchers found. You can learn more here.

Most of the Eastern United States, including all of South Carolina, has high precipitation that it is well distributed throughout the year, researchers found. The region and others like it can expect greater precipitation and evaporation in both wet and dry seasons, according to the study. The amount of water available will vary more widely than it does now, researchers found.

The greatest concern for such regions will be more flooding, Mishra said in an interview.

The regions that will be hardest hit by climate change are the ones that already get slammed with rain during wet seasons and struggle with drought during dry seasons, researchers found. They include much of India and its neighbors to the east, including Bangladesh and Myanmar, along with an inland swath of Brazil, two sections running east-west across Africa, and northern Australia, according to the study.

“The regions which already have more drought and flooding relative to other regions will further see an increase in these events,” Mishra said.

As part of the study, researchers divided the world into nine land regions, or regimes. They looked at annual precipitation and how it fluctuates through the seasons for each region from 1971-2000. 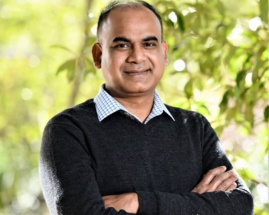 Ashok Mishra of Clemson University is corresponding author on a new study in Nature Communications.

Researchers then used that data to predict future water availability during each region’s three wettest months and three driest months. They evaluated three scenarios based on multiple global climate models.

The best case scenario for relatively stable water availability during wet and dry seasons is that the global temperature will stabilize at 2 degrees Celsius over pre-industrial levels, according to the study.

The higher the temperature, the more variation in water availability, researchers found.

Mishra said that his message to the world is that water is a very important resource.

“The availability of this resource is an issue everybody is facing,” he said. “We need to take precautions to optimally use how much water we have. As the climate changes and population increases, we should be preparing for the future by improving the technology to efficiently use water for crops.”

Jesus M. de la Garza, chair of the Glenn Department of Civil Engineering, congratulated Mishra on publication of the research.

“Dr. Mishra and his team have taken a novel approach to examining climate change,”  de la Garza said. “Their work is a step toward developing sustainable solutions ensuring the world has an adequate water supply. With this new article, Dr. Mishra is helping raise Clemson University’s global reputation for high-quality research.”

The title of the article is, “Climate change will affect global water availability through compounding changes in seasonal precipitation and evaporation.” You can read the full article it here.

Authors are Mishra; Goutam Konapala, who received a Ph.D. while studying under Mishra and was a postdoctoral researcher at Oak Ridge National Laboratory during the study; Yoshihide Wada of the International Institute for Applied Systems Analysis in Austria; and Michael E. Mann of Pennsylvania State University.

Be the first to comment on "Clemson Connection; Climate change will cause more extreme wet and dry seasons, researchers find"