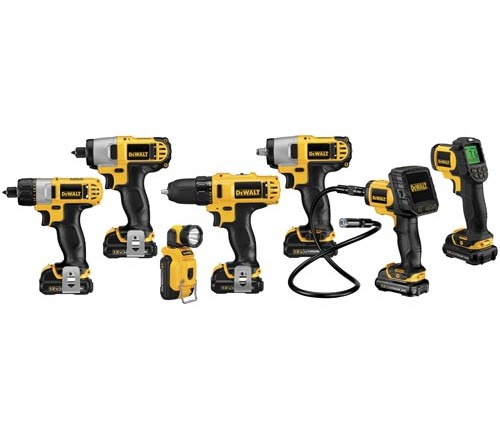 DeWalt, a Towson, MD-based manufacturer of industrial power tools, hand tools and accessories, announces the expansion of its initiative to build products in the United States. The announcement by DeWalt will have a positive impact on the company’s South Carolina facility.

With this expansion, an additional 60 corded and cordless power tools are being built domestically with global materials. An expansion of production into an existing company-owned plant in Greenfield, Ind. brings the total number of DeWalt plants in the United States to seven. In addition to the South Carolina facility, DeWalt has operations in Connecticut, Maryland, Kentucky, North Carolina, and Tennessee, making some of the brand’s most popular tools.

“DeWalt is a global brand built right here in America,” says Nick DeSimone, Vice President of Operations. “We’re choosing to invest in domestic manufacturing because it’s important that we maintain our connection with core DeWalt customers. Not only can we build quality products in the United States, but we also care deeply about making things at home and bringing jobs back to the United States.”

The company will now produce approximately 14 million products each year in the United States. Given a choice between a product made in the United States and an identical one made abroad, 78 percent of Americans would rather buy the American product, according to a 2013 survey by the Consumer Reports National Research Center.

In addition to the efficiency that domestic expansion provides, DeWalt has also created new jobs for Americans across the country, adding over 500 employees to the expanded manufacturing facilities since the campaign began. This brings the total number of employees at U.S.-based DeWalt plants to the thousands. DeWalt is also committed to hiring veterans and currently employs over 1,000 former members of the military in their manufacturing facilities alone.

“We continue to grow our domestic capabilities because the professional using our tools wants to buy products built in the USA. DeWalt is making the power tools for the contractors and builders who are themselves building America,” says Frank Mannarino, president of DeWalt Professional Products Group. “Whether it’s through our high quality tools built in the USA with global materials, convenient  service repair centers, or products backed by extensive warranties, the DeWalt professional end user can expect premium power tools that are built and serviced by fellow Americans – some of whom are veterans – right here in the United States.”

With the added products, facilities, and a continued commitment to expanding domestic manufacturing, DeWalt is able to deliver products with greater efficiency, without adding cost, while keeping the same Guaranteed Tough quality customers have come to know and expect from the brand.