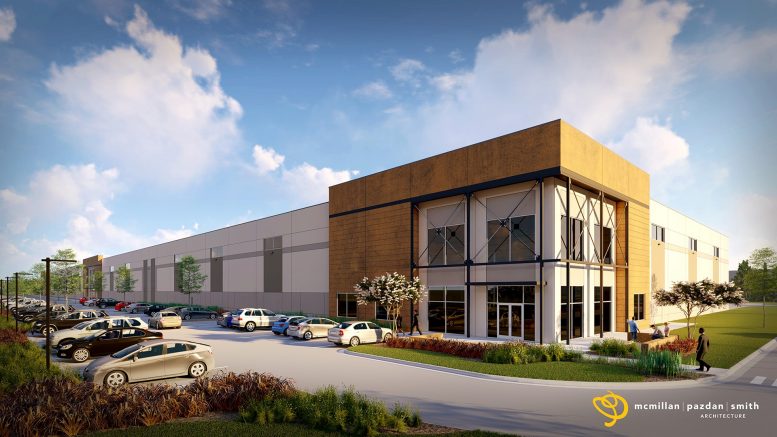 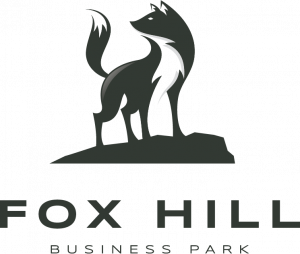 Greenville County announced 2019 capital investment of $401.8 million, along with 2,178 new high-paying jobs, with mean wages well above both County and South Carolina averages. Each of those metrics ranked 2019 as among the County’s three best years ever on record. 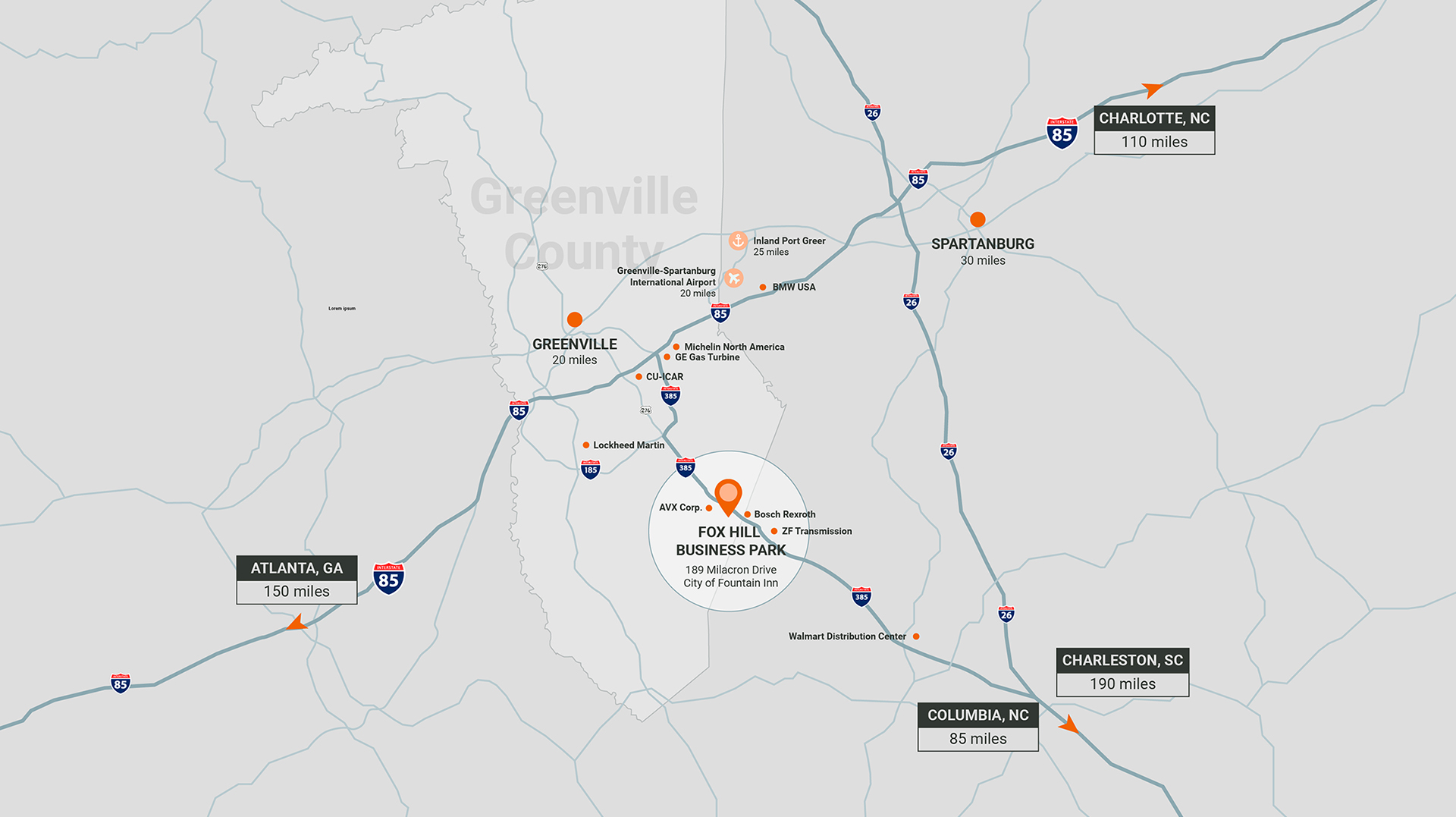 The highlight of the meeting was the announcement of Fox Hill Business Park, located on 172 acres in the City of Fountain Inn and being brought to life by The Sudler Companies, a family- and veteran-owned and operated development firm based in Chatham, New Jersey.

“Until today, and despite a well-earned reputation as one of America’s leading destinations for business and industry growth and success, Greenville has not announced a new Class A business park in approaching 20 years,” stated GADC President and CEO Mark Farris.  “Coupled with the expanded inventory of sites and speculative buildings we can offer, Fox Hill will help to ensure continuing energy and excitement among new and expanding corporate citizens looking to grow in Greenville.” 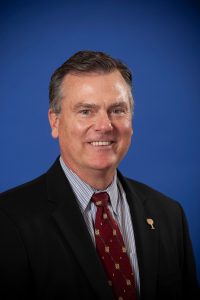 The lack of new business park development over the preceding decade was largely due to a lack of remaining large parcels of developable, utility-served properties suited for such purposes, noted Mr. Farris.  After extensive review of area sites over many months and with the help of Duke Energy, multiple parcels of family-owned land were identified and “pieced together” into an ideal tract totaling 172 acres.

“At that point, we reached out to national developers with an eye for high quality property development and engaged them in discussions about this unique opportunity,” said Mr. Farris.  “After nearly a year The Sudler Companies, a highly respected leader in American real estate development for more than a century, was identified as the optimal partner to develop Greenville County’s new Class A Business Park.”

The acreage, recently annexed into the City of Fountain Inn, was previously owned by private landholders led by Francis “Frankie” Marion, a descendant of The Swamp Fox himself -- the noted American Revolutionary War hero.

Fox Hill Business Park features immediate access to I-385, I-85, the Inland Port, and Greenville Spartanburg International Airport, is a short drive to the Port of Charleston, and offers easy access to the booming Southeast’s hubs of industry and commerce, added Mr. Farris.

“Fox Hill will offer up to 2.5 million square feet of Class A industrial and distribution space in the heart of Greenville County – one of America’s fastest-growing economic centers,” noted Brian Sudler, Principal with The Sudler Companies.  “Our company’s commitment to Greenville County is that we will produce a state-of-the-art, high-quality park that will be an addition to the Greenville and Fountain Inn communities which all county residents will be proud of and which prospective domestic and international companies will be proud to call home.”

The Sudler Companies is a vertically integrated development firm that includes construction and property management departments, currently owns and manages over 9 million square feet of commercial real estate across the United States, with an additional 4 million square feet of industrial space under development in the Southeast.  Sudler entities also own a multi-family apartment portfolio of around 10,000 units throughout the United States.

“Fountain Inn is excited to welcome its newest resident, Fox Hill Business Park, to its growing business family,” added Fountain Inn Mayor George Patrick McLeer, Jr.  “ Fox Hill will most certainly play a large role in not only our region's economy, but also in our own community's identity. With a healthy mix of businesses, from one-person shops to large scale production facilities, plus a beautiful and welcoming community,  Fountain Inn is a perfect location for this project. We thank Fox Hill Business Park for making the same decision our residents and businesses have made - calling Fountain Inn home.”

“NAI Earle Furman is excited to partner with The Sudler Companies on marketing the newest Class A industrial development in Greenville County,” stated Grice Hunt, Shareholder with NAI Earle Furman.  “Sudler’s long history of development with industrial assets proves they understand the importance of quality and speed to market when delivering a speculative industrial building. Fox Hill’s first building will be a turnkey, Class A, 206,410-square-foot industrial building featuring office space, additional trailer storage and full dock packages at completion.” 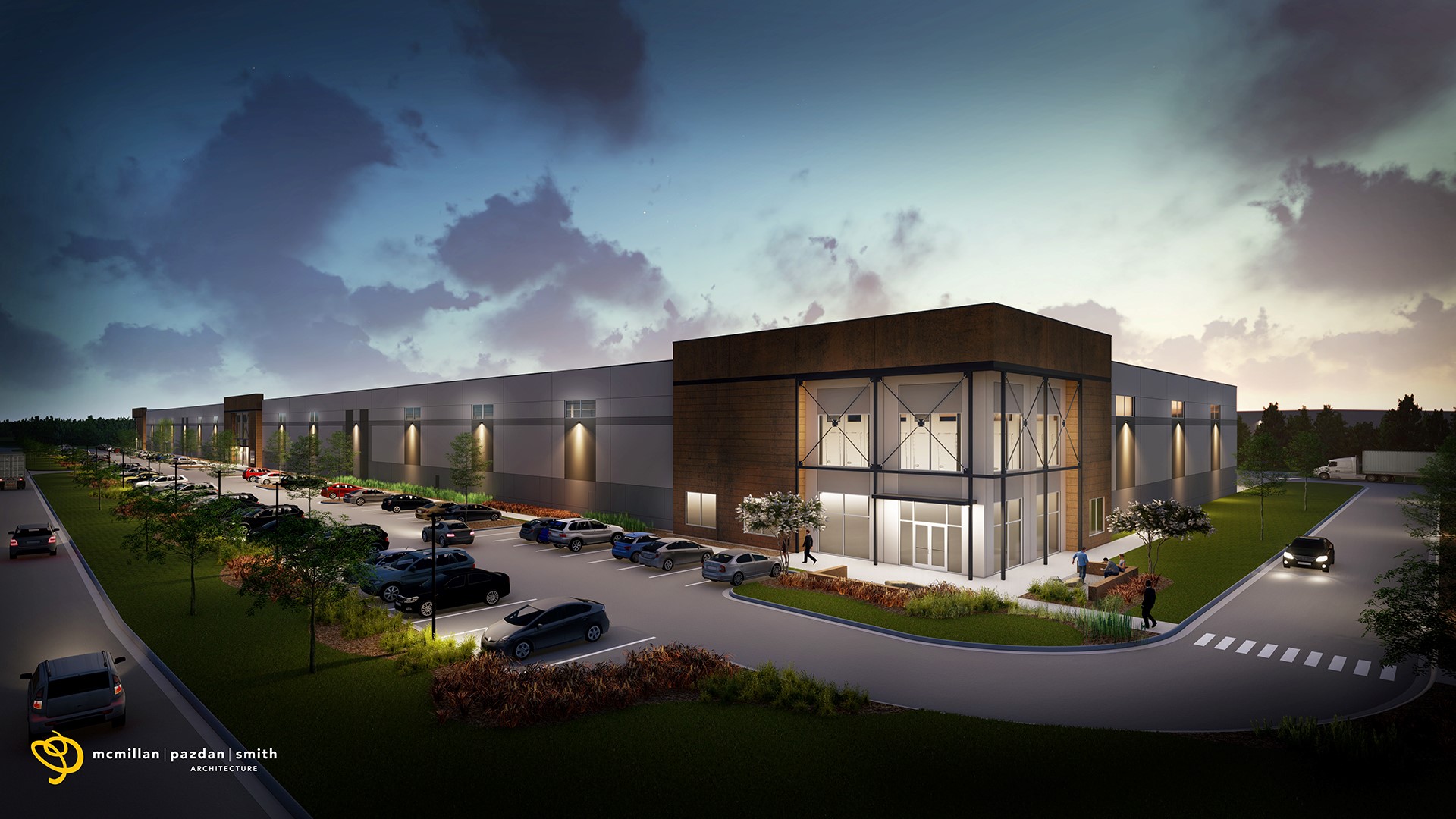 Annual meeting participants also celebrated “one of Greenville County’s strongest and most rewarding years ever in terms of economic development,” stated Mr. Farris. “Frankly, 2019 was a tremendous year for Greenville County by virtually any metric we look at.  We announced capital investment of $401.8 million, which greatly adds to our community’s economic vitality, diversity and tax base.  We have announced 2,178 new high-paying jobs, with mean wages well above both County and South Carolina averages. Each of those metrics ranks 2019 as among our three best years ever on record.”

“The industries are diverse, with 17 of 30 announcements being in our core manufacturing industries, while 13 others are in IT, office, headquarters, sales or distribution/logistics,” Mr. Farris added.  “That diversity and balance is essential to developing and maintaining a varied economy that is robust and multi-faceted.  Over half were expansions of existing business, meaning we continue to tend to their needs, and many were international.  And 20 of the announcements came in our target industries, indicating that we are putting emphasis against key verticals of highest potential.”

Mr. Farris also stressed the importance of securing $1.1 million in grant funds to help facilitate positive decisions on the 30 projects announced in 2019.  Those grants, from such organizations as the SC Department of Commerce, the State of South Carolina, Duke Energy and Piedmont Natural Gas are used to mitigate costs in such areas as infrastructure development, site preparation and engineering, and often are critical to final decisions being made in favor of Greenville County over other competing communities.

“The numbers are great, but what’s behind the numbers is the most important thing for County Council,” added H. G. (Butch) Kirven, Jr. Chairman of Greenville County Council and a member of the GADC Board of Directors.  “Our purpose is inclusive economic development that opens paths for people to improve their quality of life through meaningful employment, contributing to the broader community, resulting in self-improvement and financial security.  This report shows that we are building on the depth and breadth of our solid economic foundation.  The future in Greenville County looks good indeed.”

Honored at the event by GADC Chair Beverly Haines for their contributions were outgoing GADC Directors Dave Kelley, Dr. Gene Langan and Debbie Nelson.  Ms. Haines also welcomed incoming Board members Jim Burns, Marshall Franklin, and Chad Tumblin, while acknowledging the successes were made possible by support from GADC Investors, County Council, and leaders from the county’s municipalities.  The online event attracted more than 350 county and state business leaders, elected officials and media.

Since its founding in mid-2001, the GADC team’s efforts have resulted in the announcement of more than 29,000 new jobs and in excess of $5.3 billion in capital investment in Greenville County.  To learn more, please visit www.goGADC.com or call (864) 235-2008.  To learn more about workforce opportunities, visit www.jobsingreenvillesc.com. 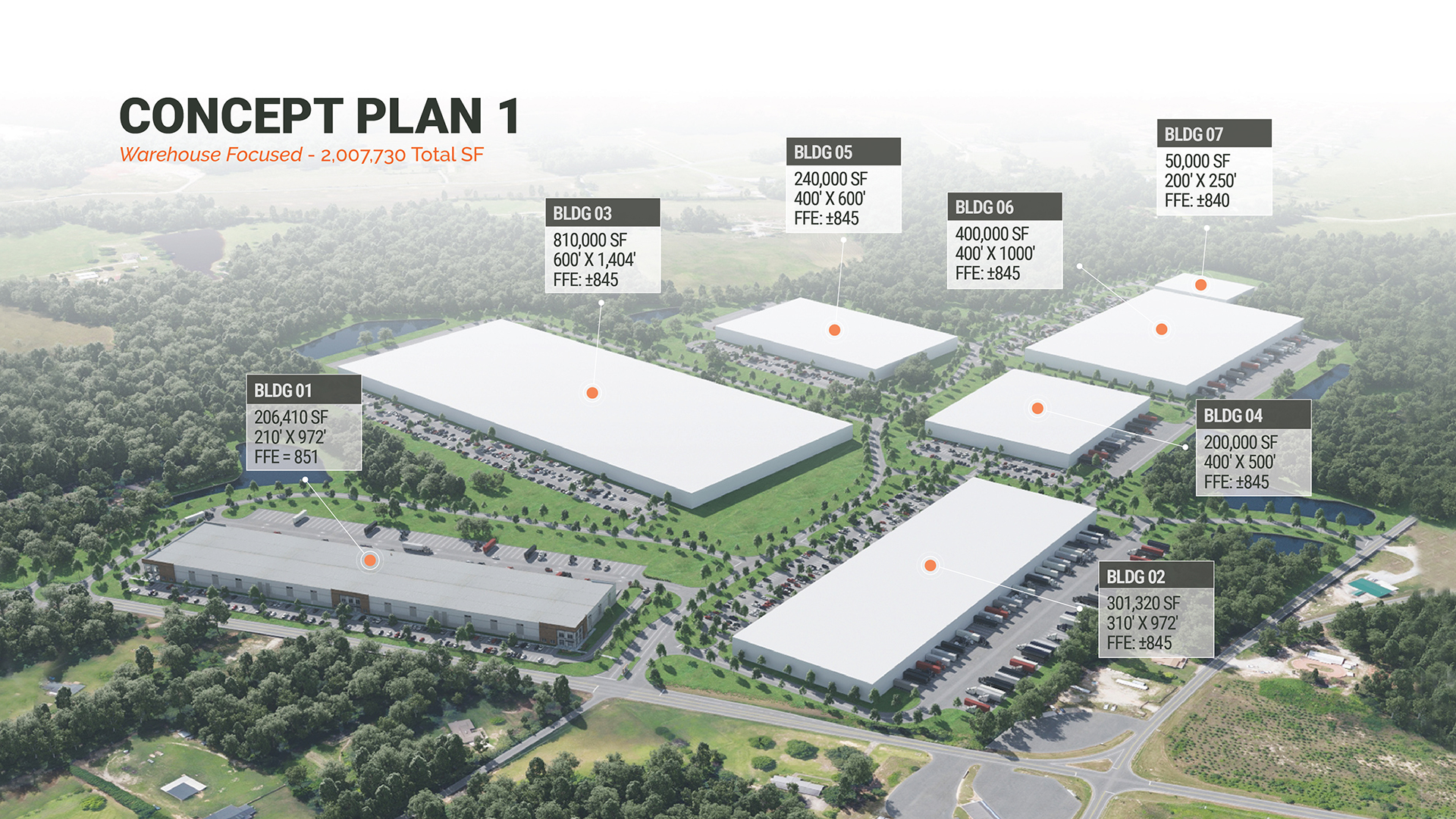 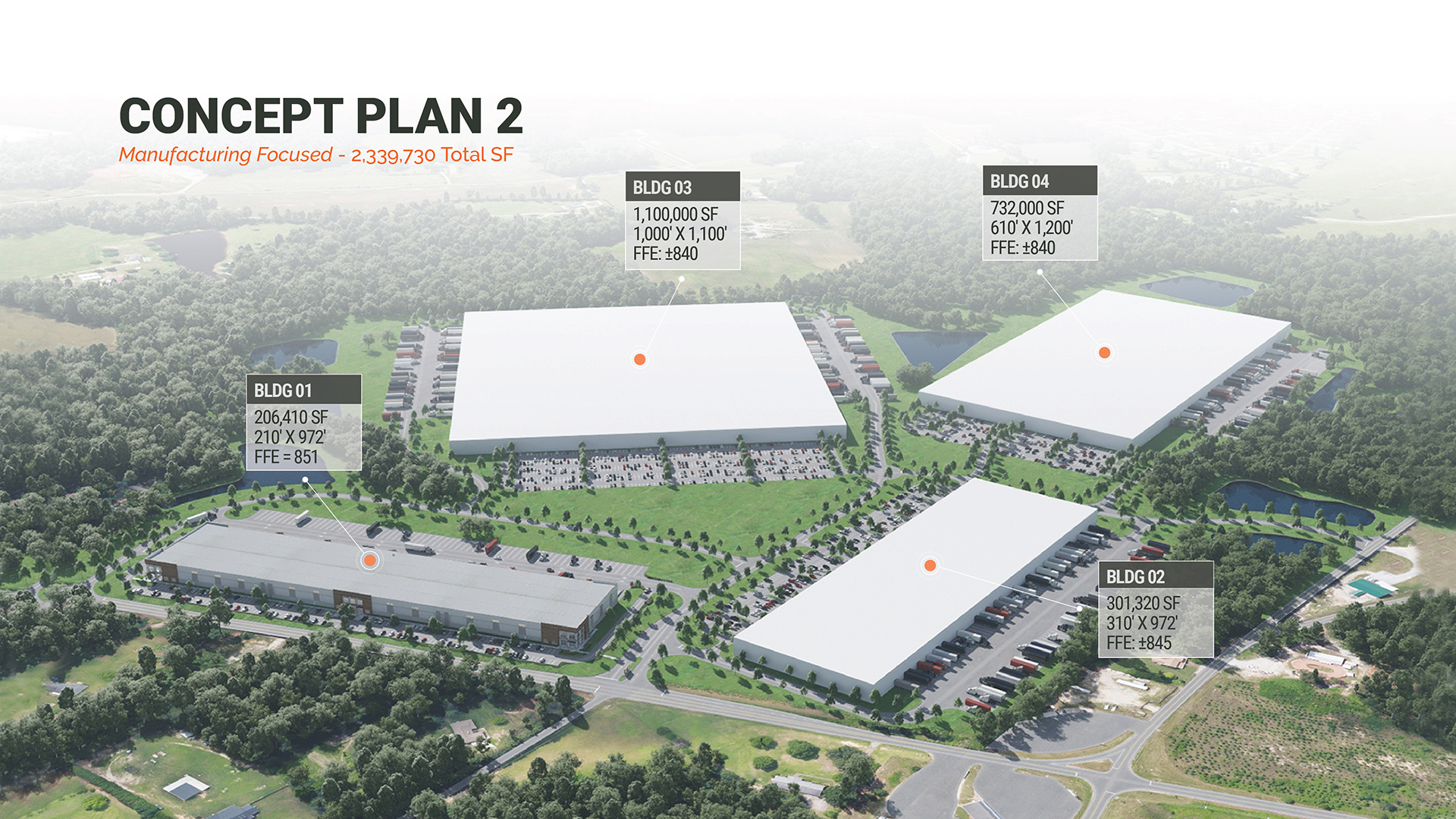 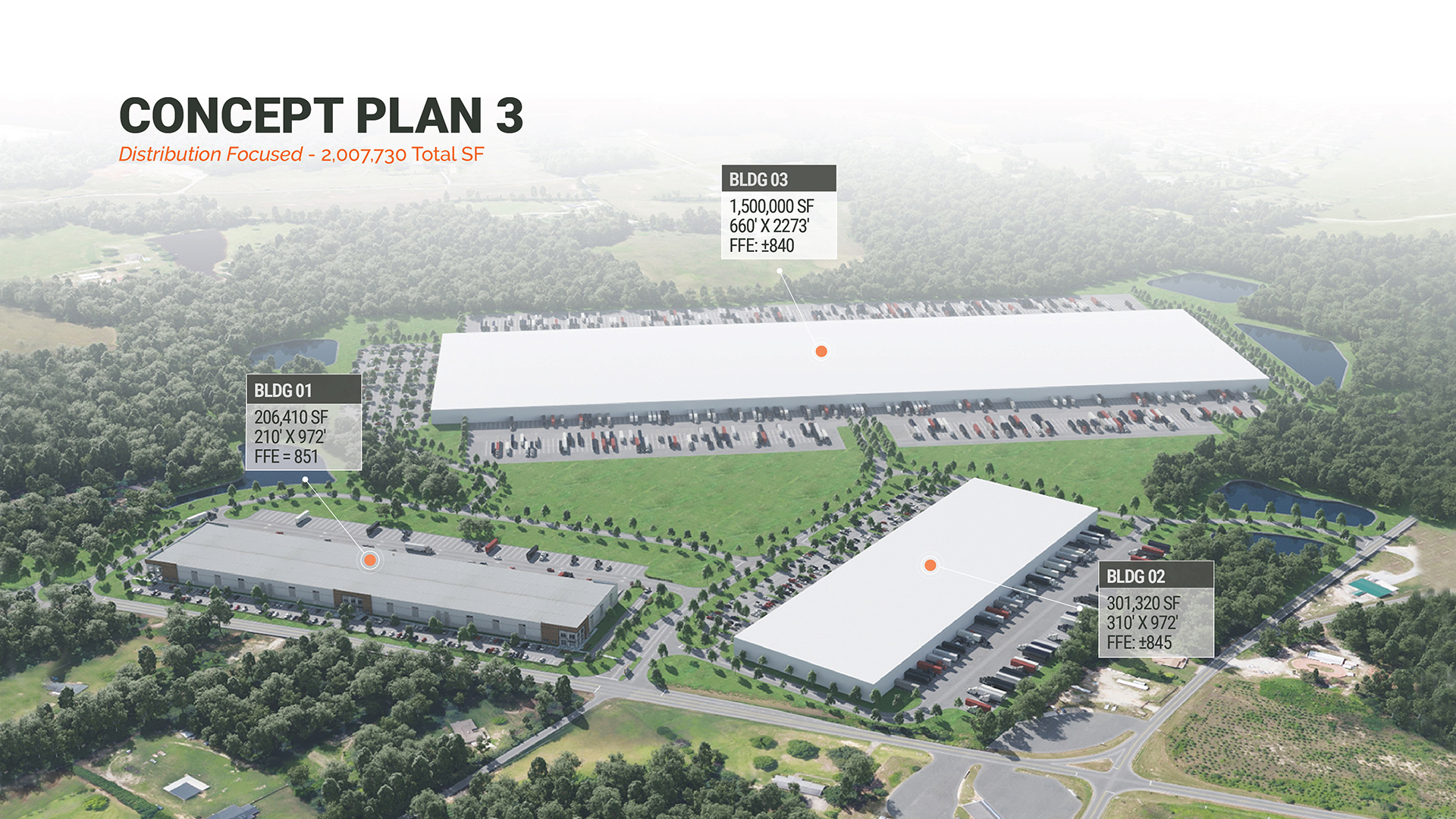 The Sudler Companies is a veteran and family owned/operated business with its main office in New Jersey.  Sudler, a vertically integrated development firm that includes construction and property management departments, currently owns and manages over 9 million square feet of commercial real estate throughout the United States.  An additional 4 million square feet of Industrial space are currently under development throughout the Southeast US.

In addition, Sudler entities own a multi-family apartment portfolio of around 10,000 units throughout the United States.  Founded in 1907 by Russian immigrant Hyman Sudler, the family has acquired a large portfolio of real estate in the industrial, commercial and multi-family sectors throughout 4 generations.

Peter D. Sudler is the Chairman and CEO of Sudler Companies.  After a prestigious career serving as a federal prosecutor in the Southern District of New York for 12 years, Mr. Sudler took the helm over thirty years ago to carry the business into its third generation of family owner/ operators.  Sudler Management Corp. manages all family owned properties.  Mr. Sudler controls all major decisions in the area of developing, financing and leasing the commercial properties.

The fourth generation of Sudler includes Brian S.F. Sudler, who brings the leadership skills honed over a 15-year career in the U.S. Army Special Forces (Green Berets); and Daniel FitzGerald Sudler, a Marine Corps veteran with a Masters in Real Estate Finance and vast experience in all aspects of mixed use real estate development. Both old and new generations at Sudler Companies are committed to protecting the unquestioned integrity of the firm as well as continuing to build their portfolio both inside and outside of New Jersey.

Be the first to comment on "GADC: Greenville County Adding First Major “Class A” Business Park in Over a Decade"