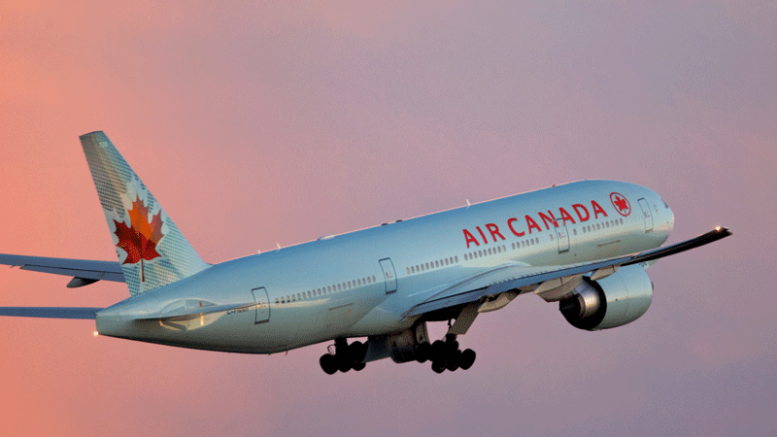 While most do not anticipate a significant change to their bottom line, Greenville-Spartanburg International Airport’s desire to open up flights to Canada could be a boon to some area manufacturers.

In the wake of an announcement by GSP President Dave Edwards last week that the airport was seeking to expand direct access from the airport into Canada, many manufacturers said that while such a move may help reduce costs of interoffice travel and open up new markets, it won’t necessarily impact bottom lines in terms of their overall operating costs.

Edwards said last week that the airport is looking to increase the number of airlines located at the airport – among them Jet Blue and Air Canada. Edwards also said the airport would be working with Toronto International Airport officials to provide direct service between the two.

In 2013, Canada was the number one destination for South Carolina exports, according to published reports, and a growing number of companies head quartered in Canada have bases here in South Carolina. In 2007, then-Governor Mark Sanford opened up a Canadian office of the South Carolina Department of Commerce to foster growth in trade between Canada and South Carolina.

Now, more than 20 Canadian-based companies are located in the Upstate alone with more than 60 across the state. Several companies in South Carolina also have offices in Canada. An expansion to Canada from GSP would mean a more direct route for those companies to their corporate offices via the airport.

Roylco, Incorporated, a manufacturer in Anderson, has offices in Ontario, as well. The company manufactures its own line of educational products aimed at creative learning for early childhood, and has an industrial division that supplies to industries such as automotive, medical and the military, among others.

Carolyn Voisin, president of Roylco, said the most immediate benefit of having flights to Canada would be travel between offices.

“Our U.S. manufacturing facility is based in Upstate, South Carolina, and our sister facility is located near Toronto.  The two divisions collaborate on most projects, and travel costs both time and money,” she said. “Ease of travel will improve communications and encourage further collaboration.  A direct flight from GSP to Toronto will save considerable time and financial resources for Roylco.”

Currently, the company transports goods and materials via ground transport, but flights out of GSP would open up new opportunities, she said. Savings in shipping products to clients when timeliness is an issue could be one way the company would use the flights as well.

“We’ve been making inroads into the Canadian market for a couple of years now,” Wilson said. “Palmetto Moonshine is available in pretty much every province of the country and we have amassed quiet a few fans from our northern neighbor.”

The biggest benefit of the proposed GSP expansion for the distillery, Wilson said, would be access to Canadian markets.

“We think GSP’s move will be extremely beneficial for us if we can have direct travel into our market from markets in Canada,” Wilson said. “Once the plan is in place, we intend to work with our partners in Canada to encourage all of our fans to come (to South Carolina) to visit us.”

Still, access to the markets would not change the way the product was shipping, Wilson said, as every pint of product shipped out of the facility is shipped via trucks.

Other larger international organizations, such as Lockheed Martin, said they might use the flights to communicate more closely with vendors and corporate offices, but didn’t see that the move would impact their bottom line.

Other large international manufacturers said their products too are delivered via freight, instead of shipped via air because of the cost of oil. Many interviewed wished not to be identified, but said while they are supportive of the move by the airport, the expanded access would not have a marked impact on them.

Currently, GSP is in the final phase of Project WINGSPAN, a renovation and expansion of the airport to meet anticipated increasing demands. The airport expects to double the number of travelers going through the airport by 2020. Started in 2012, the $125 million project is expected to be completed in October. The airport currently provides flights from Delta, American Airlines, Southwest, United and Allegiant.

“Canada is one of the Upstate’s largest business and trading partners, and having direct air service there through GSP would be of great benefit to our local companies doing business in Canada, as well as for the Canadian companies that have locations in the Upstate,” Lummus said. “This could serve to grow our business connections with the Canadian market. GSP Airport is one of the Upstate’s greatest economic development assets, and expansion into new markets will be very beneficial to the business climate in the area.”

Be the first to comment on "GSP eyes access to the North, but little impact expected for manufacturing"