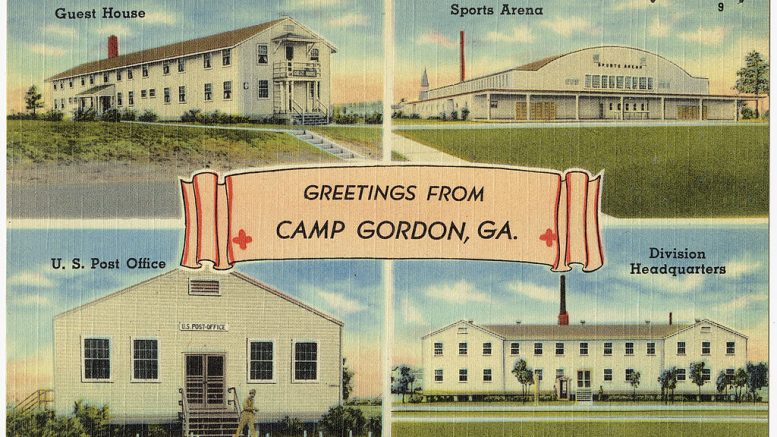 It is a distinctly uncomfortable sensation to see one’s grandmother addressed as “Kitten” by a man other than one’s grandfather. But that seems to have been the preferred pet name by which a young Private Gordon Thibodeaux addressed my grandma, Nellie. 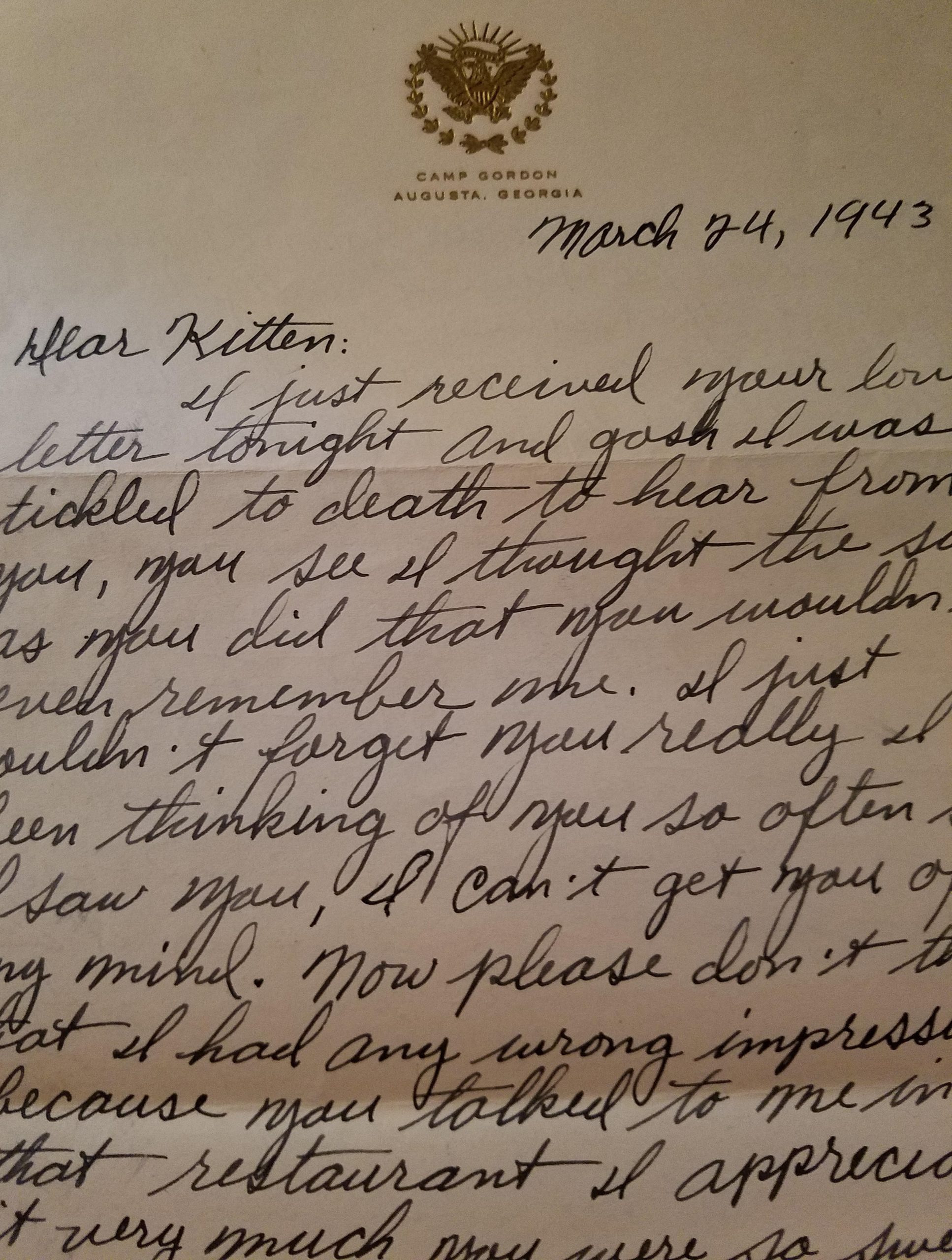 The first letter, dated March 15, 1943, is the only exception. Apparently wishing to strike a more formal tone, given their short time knowing one another, he begins with a salutation of “Miss Chapman,” and closes the 3-page letter “With best regards.”

The content of that letter is comprised of mostly vague generalities about Army life (according to the letterhead, he was at Camp Gordon, GA at the time) and the early simmer of what would come to be a full-on boiling over of affection for the pretty girl from Honea Path.

About the former he notes his dismay that their upcoming maneuvers will be in Tennessee instead of South Carolina, and that his letter would be brief because “it’s getting dark and we haven’t any lights out here in the woods.”

About the latter, he reveals early on that he hasn’t much of a poker face as far as concealing his interest, noting “I’ve been thinking of you since I met you and I wish I could get better acquainted with you” and requests a “snapshot” of her “if it isn’t asking too much.” 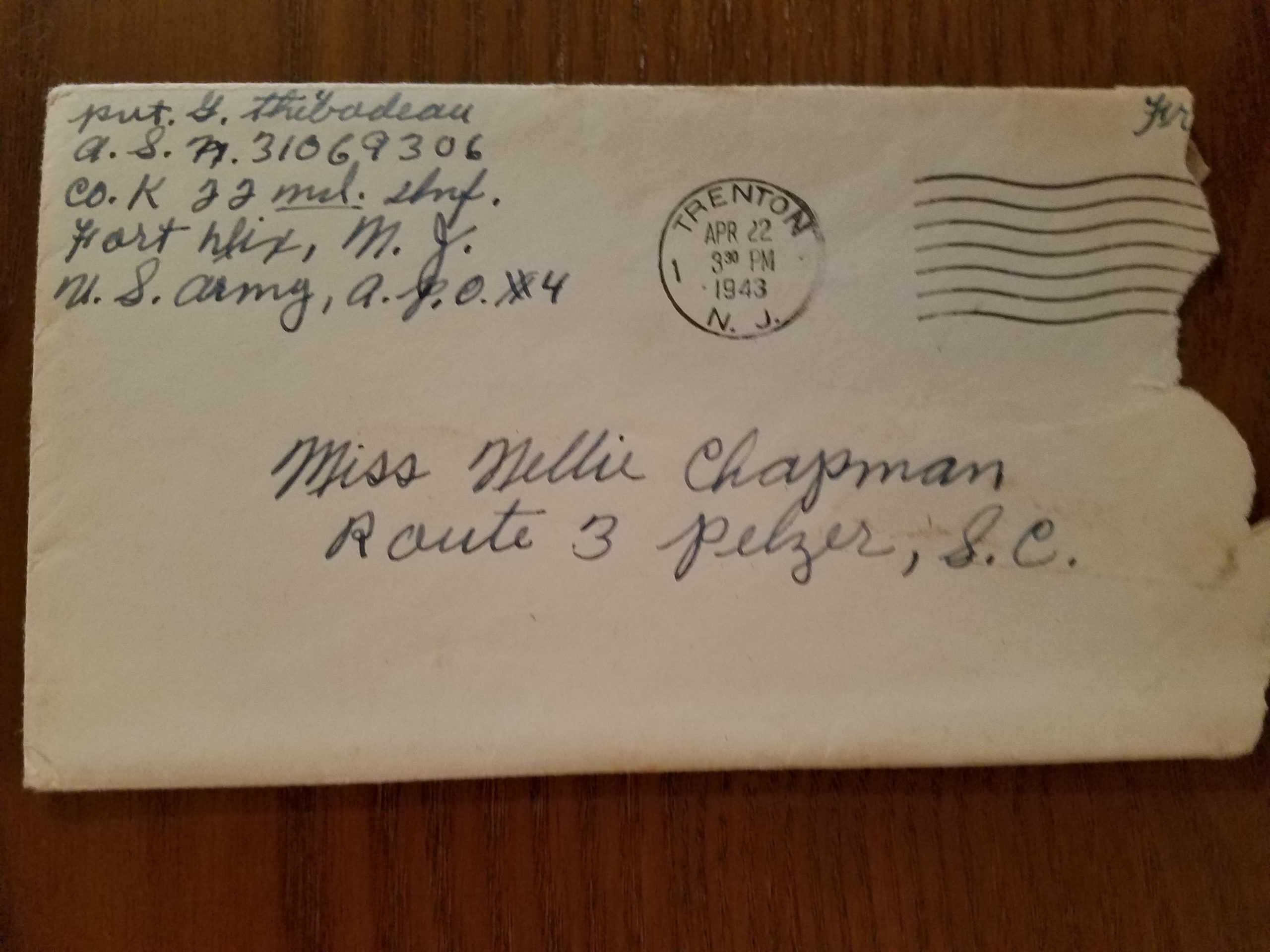 The first letter demonstrates the only restraint poor Gordon would show throughout his correspondence, and by the second letter he is addressing her as “Dear Kitten.”

The second letter reveals the origin of their meeting, which is a story that speaks to my grandma’s bold nature and lack of concern for societal strictures.

He writes “Now please don’t think that I had any wrong impressions because you talked to me in that restaurant [Author’s note: we would find out later the restaurant was Pete’s in Greenville.]

I appreciated it very much…you see a lot of girls won’t even talk to a soldier, I’ve been insulted several times for just saying hello to girls I didn’t know.”

He goes on to note he holds no umbrage towards the girls, but “just the same a soldier is only human like other people.” He also notes that, despite his earlier indications, his company was not being sent to Tennessee but, instead, New Jersey, prompting Gordon to lament “Gee, I wish they would leave us down here so I could see you once in a while.”

Young Private Thibodeaux’s despair fills another ten letters, and we are left to fill in the gaps without Nellie’s side of the correspondence. It is clear that they never saw each other again, making it all the more remarkable to read his professions of love for her. She must have complained early on about not receiving letters from him because he devotes two full pages to a rather uncomfortable groveling session that likely left Nellie as mortified as vindicated.

The flowery language and overly sentimental effusions, while sweet, seem to have eventually pushed her away, as his letters indicate a notable tapering off of correspondence on her end.

The last letter from Gordon is dated May 15, just a month before Nellie married my grandfather, David McDonald. Gordon seems blissfully unaware of her plans, addressing her with his usual greeting of  “Dear Kitten,” and professing “how glad I was to receive your most welcome letter, honey.”

He asks in this letter whether she really thinks there is a chance they will see each other again. The letter reveals a heartsick, lonely soldier who would give anything to once again lay eyes on the girl who had stolen his heart at a café in the little town of Greenville, SC.

Gordon would go on to serve two years in the Army before being discharged due to an injury. He would live a long life, dying of natural causes in 1989 at age 71 after a career in the oil fields of Texas.

He would never marry.

We are left to wonder if his permanent bachelor status was a result of a broken heart that never mended when he learned of Nellie’s betrothal to another man, or perhaps, something less romantically charged and more mundane. 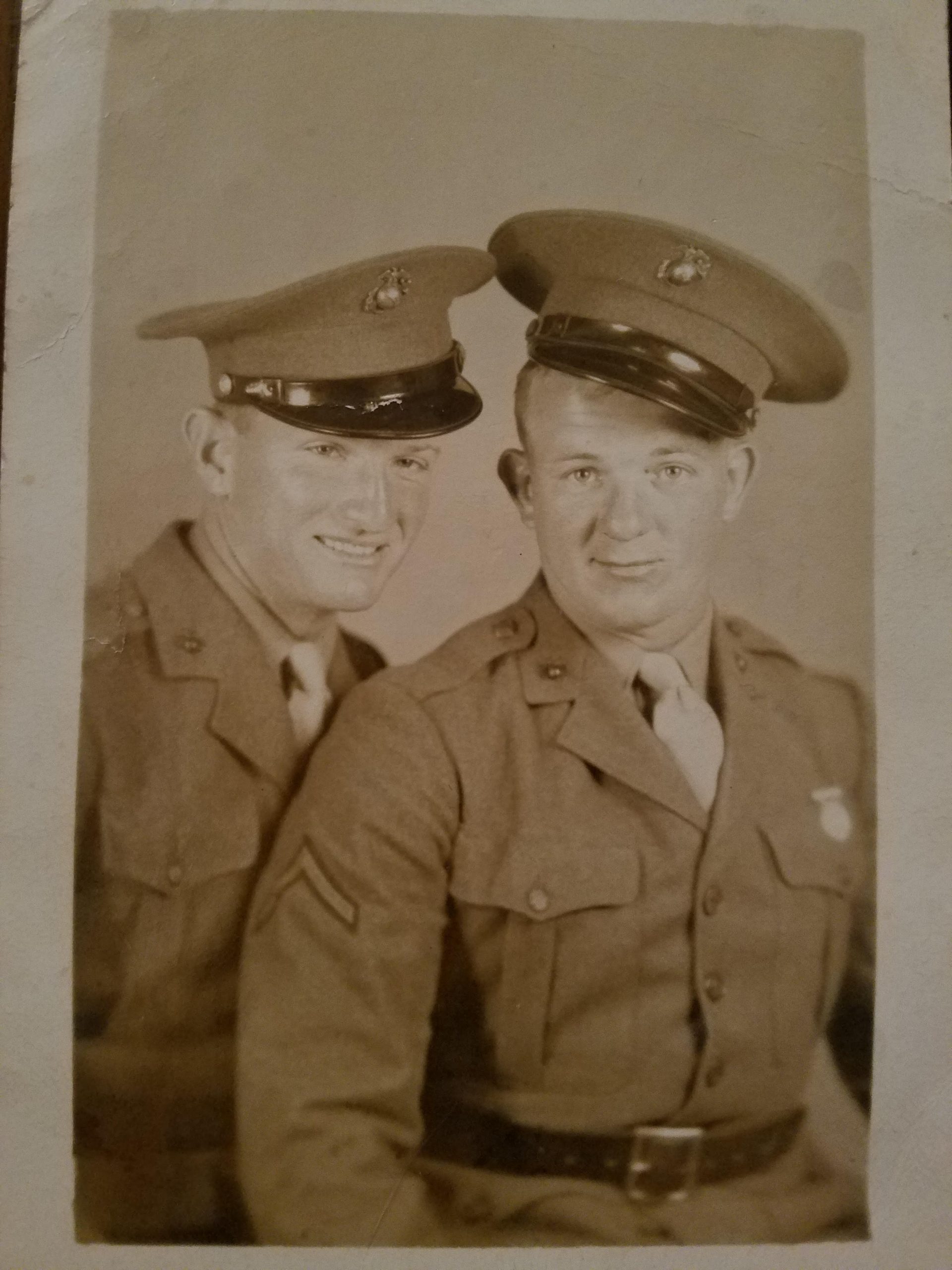 Nellie and my grandfather would be married almost sixty years. Only two letters survive from him, and a certain sense of family decorum prevents me from sharing their content.

But, suffice it to say, his letters reveal he was equally adoring of her, and determined to make and keep her happy, which, by all accounts, he did. She would live a good life, far removed from her work at Fork Shoals Mill, and would never work outside the home again.

She raised three boys, was a Boy Scout Den Mother, and a volunteer in nearly everything her sons did, as well as an accomplished socialite.

But despite the furs and the Cadillacs, the fine home and the jewels, at heart she remained Nellie Chapman, the ambitious, beautiful girl from the backroads and cotton fields of Honea Path, South Carolina.

Be the first to comment on "Her Name Was Nellie, (Part 4)"