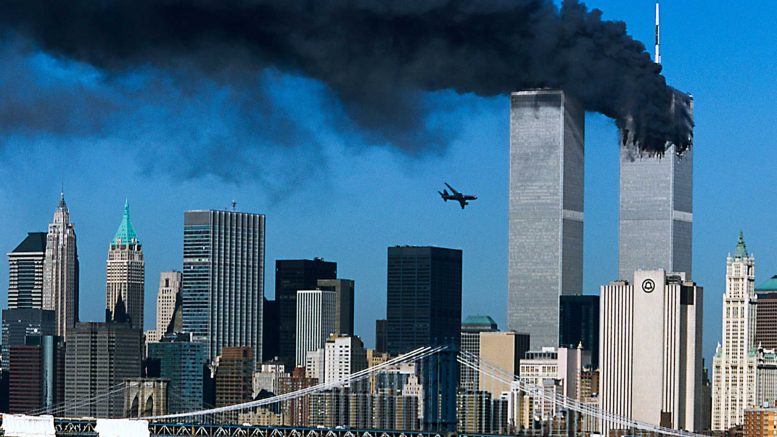 I didn’t think I would get emotional on the 20-year anniversary last month. My wife and I were driving east on Interstate 20 coming into Atlanta following a visit to see our granddaughters in Texas. It was the morning of September 11th. Nearly every overpass was full of fire trucks. Firefighters were dressed in their full gear, standing on the tops of the fire trucks, waving American flags. For me, this brought back vivid memories of that day, one that changed the world forever. 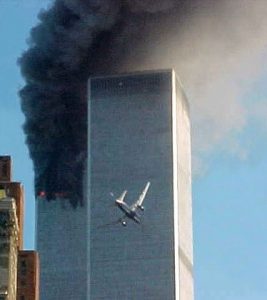 Just like on that September morning in 2001, I had tears in my eyes.  It was just like it happened yesterday. In 2001, I remember I was in my office early in Seattle, Washington. Actually, it really wasn’t any earlier than usual, as I liked to start my day around 5:00AM. My counterpart in Long Beach, California, was on his way to work when he heard the news that an aircraft had hit the World Trade Center in New York, followed by a second airplane.

He asked if I had heard the news and if I could find out what was going on. Before 6:00AM pacific time, I was getting an eyeful on CNN. Even before the Pentagon was hit and the handful of heroes took down flight 93, it was clear that the US was under attack. Needless to say, this was an emotional day. Not since Pearl Harbor had the US experienced an attack on US soil of this magnitude. As the day unfolded, I felt a mixture of fear, anger, concern, denial, and bewilderment.

Shortly following the crashes, there was another first. Within a 15-minute time frame, as the Federal Aviation Administration (FAA) came to learn that the events in New York and Washington were acts of terror, all commercial aircraft in the US airspace were ordered to land. All aircraft were directed to the nearest airport. Some pilots chose to ignore the FAA orders.

Those who did were met with an F-16 escort to the nearest airport. Never before had the airspace in the US been closed. All in-bound aircraft, those coming from overseas, were directed to return to their place of origin or make alternative arrangements. Many aircraft coming from Europe were redirected to Canada. Aircraft remained on the ground until the FAA was convinced it was safe to open up the skies again. During this grounding, only military aircraft flew and kept watch over the larger metropolitan areas.

In the days that followed, differences between Americans didn’t seem so important anymore. At Boeing, the daily grind and tensions that were common and part of the daily routine dissipated. We had to work quickly to make air travel safe and prevent another occurrence like the attacks on New York and Washington.  My organization was chartered to develop modifications to aircraft after delivery to the customer.

Almost immediately, we were tasked with developing an impenetrable flight deck door and releasing aircraft modifications to secure the cockpit. We needed to develop a way to make sure that the flight deck was secure and that terrorists wouldn’t be able to use a commercial aircraft as a weapon again!

Find A Way – Get It Done 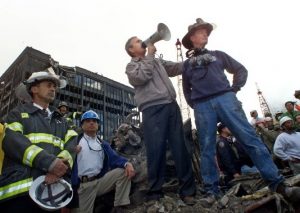 Following the September 11th attacks, for many people there was a distinct feeling of unity across the country. There was a sense of patriotism, a resolve to right the wrongs and rebuild. At Boeing, there was a resolve to secure the flight deck. I remember the full court press to get a design together and develop new flight deck doors. Although this might seem a simple task, it really was quite complex.

Flight deck doors needed to be strong enough to prevent unauthorized entry, but also needed to be designed to meet several safety and design regulations.  A rapid decompression event is one such design criterion. Furthermore, these doors had to work on existing aircraft where interior changes and airline customer preferences add many variables. It wasn’t long before a design was developed, manufacturing started, and new reinforced doors were installed.

It’s been 20 years. Our country is significantly different. In my lifetime, I can’t think of a time where we as a people have been more divided. From issues dealing with the pandemic, social justice, and capitalism versus socialism, we are more at odds than working together to solve issues. People use social media platforms to spew ideas that condemn and separate. Edification and constructive criticism get cancelled by those who do not wish to hear opposing arguments or have ideas challenged. Victim mentality is rampant. The sense of “can-do,” working together to accomplish and move forward, has waned.

Some might say this is only politics and has no real impact on business-to-business relationships. One might also say, “I don’t see how this is relevant to manufacturing.” As manufacturers and business owners, I believe we need to get back to a sense of unity to allow all of our businesses to grow and enable our society to thrive. This divisiveness can drift into the workplace very easily and create an unhealthy work environment and cost your company business. 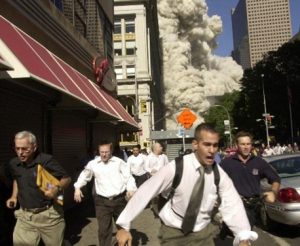 Like the days immediately following September 11, 2001, we need to find ways to take care of each other. We need to be unified in the goal that together we succeed. I read a SC Manufacturing article by a good friend, Mike Ungar, concerning vaccine mandates in the workplace.

The question shouldn’t be about mandates but a desire to take care of each other, including the businesses that provide for our livelihood. We need to work toward the best means to keep everyone in the workplace safe and to serve our customers. If you are a business owner, you have a unique privilege and responsibility to your customers and employees.

You can set the tone through working with your employees to develop a safe workplace where everyone is valued and protected. You can make sure that the products you deliver are a value to the purchaser and address the customer’s needs. All this is possible if we take care of each other.

As I reflect on September 11, 2001, and the days that followed, I am filled again with American pride. No doubt, this country has its faults. Our political and economic system is not perfect. However, as is apparent by the number of people who would like to immigrate to the US, the American dream provides unparalleled opportunity for the most people. And to whom much is given, much is required.

As Americans, we all have been blessed with abundance. If you are an employer or a person with responsibility inside your company, you have a unique opportunity to bless others. But the place to start is by coming together and caring for each other. Just as all of us became New Yorkers on September 12, we need to come together again. Businesses, employers, workers, and citizens—we all need to come together. Let’s get it done! 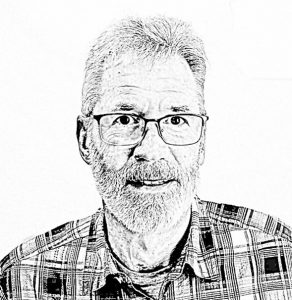