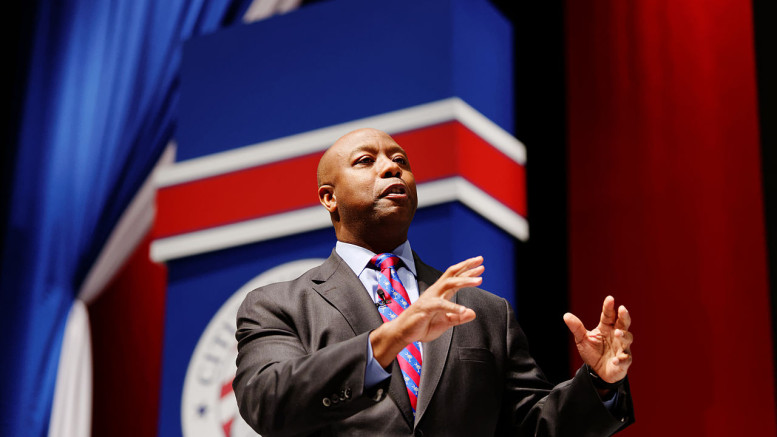 Today, there are over 52 million Americans living in distressed communities. I know all too well the feeling of hopelessness that comes from lack of opportunity in your neighborhood, growing up in a single-parent household, mired in poverty myself. Living in a forgotten community, one that has not enjoyed the growth many others have since the Great Recession, is a struggle so many Americans face day-to-day. I believe the answer isn’t in another government program – but in leveraging the resources already in our private sector in a way we never have before. That’s where my Opportunity Zones initiative comes in. 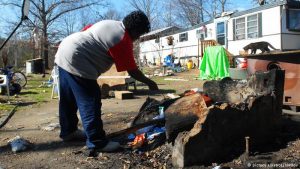 My Opportunity Zones initiative, part of the 2017 Tax Cuts and Jobs Act, aims to bring long-term private investment to economically distressed communities, potentially unleashing $6 trillion in unused capital gains, by offering a deferral for investors. Opportunity Zones would unlock new private investment for communities where millions of Americans face the crisis of closing businesses, lack of access to capital, and declining entrepreneurship. This initiative goes beyond a “band-aid” approach, and works to create long-term solutions in the form of restored economic opportunity, job growth, and prosperity for those who need it most. 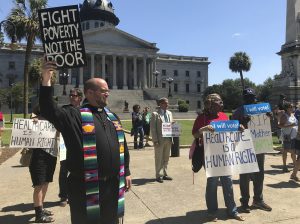 Without creating another government program, or utilizing federal dollars, this new model has the potential to revitalize and bring opportunity to communities that were like my own growing up. The initiative hopes to spur the development of workforce and affordable housing, new infrastructure, startup businesses and upgrade existing underutilized assets.

The good news is that 71% of all designated Opportunity Zones qualify as “severely distressed,” and of that, the average zone has a poverty rate nearly double the national average with more than one-fifth of all zones having poverty rates of forty percent or higher. In addition, minorities comprise the majority of residents in the 8,700 Opportunity Zones across the nation, translating to 1.4 million minority households who could see their personal lives, financial security, and standard of living improve as a result of the local investments.

In South Carolina, 128 of the 135 designated opportunity tracts are considered low-income communities and there are at least two designated zones in each of our 46 counties. While tracts have been designated outside of large cities such as Columbia and Charleston, there are many more designated zones in the rural communities across South Carolina. Many rural communities in South Carolina have often been left behind, while other parts of the state saw recovery from the recession, development and economic boom. For low-income, high-poverty areas in our state, and our nation, that suffer from low wages, lack of economic opportunity, and high unemployment due to lack of workforce opportunity, their designation as “Opportunity Zones” could be a game changer. 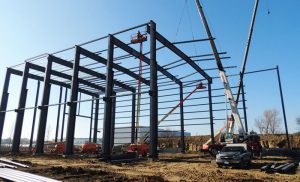 Every day, new projects are popping up around our state and nation, bringing this initiative to life. Just last month, officials and economic development leaders broke ground on two new buildings in the Orangeburg County Industrial Park. This new project is expected to attract industry as well as hundreds of jobs to the area, potentially benefitting the students of the nearby HBCUs and technical colleges. In Charleston, a $54 million tech corridor is in the works – many years in the making, but finally moving forward in large part thanks to the Opportunity Zones initiative.

In Jasper County, work has begun on what will be called the RiverPort Commerce Park, and residents can expect high-quality jobs and capital investment in the region as a result. And in Greenville County, the long-empty Greer Cotton Mills are currently being repurposed into housing units and a new community collective, Gather Greenville, is opening a space where over ten local business will set up shop in the coming weeks.

Regardless of background, upbringing or socioeconomic status, every American should enjoy unimpeded access to opportunity, and to be able to climb their way to a more fruitful tomorrow. For communities that are often overlooked and left behind when economic success and recovery seems to hit other areas of the state or nation, there is new hope. Let’s work together to restore the American dream, and finally make real, permanent change to the issue of poverty that has beleaguered our nation for far too long. 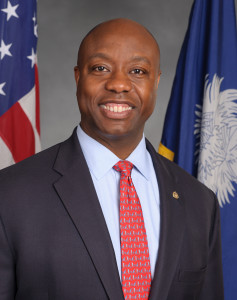 About the Author:
U.S. Senator Tim Scott was appointed in 2013, subsequently elected as a Republican in 2014 and reelected in 2016.