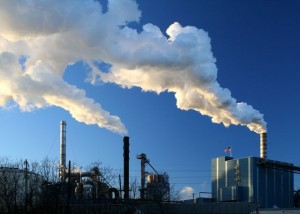 The National Association of Manufacturers (NAM) Vice President of Energy and Resources Policy Ross Eisenberg released the following statement about findings from the NAM’s updated Manufacturers’ Outlook Survey. In addition to the manufacturing outlook, the survey polled NAM members on the challenges of the proposed ozone regulation and what nonattainment could mean for manufacturers.

“Manufacturers across the country are saying the same thing: a stricter new ozone standard would prevent them from moving forward with development and job creation,” commented Eisenberg. “Manufacturers have been vocal in calling for balanced regulations for ozone, and this survey shows the real impacts to manufacturers, with close to 80 percent uncertain or unlikely to proceed with new construction or major modifications if located in an ozone nonattainment zone. We hope the Obama Administration takes this poll seriously. Manufacturers are committed to a clean environment, but this proposed regulation is not the answer.”

Key survey findings include the following: