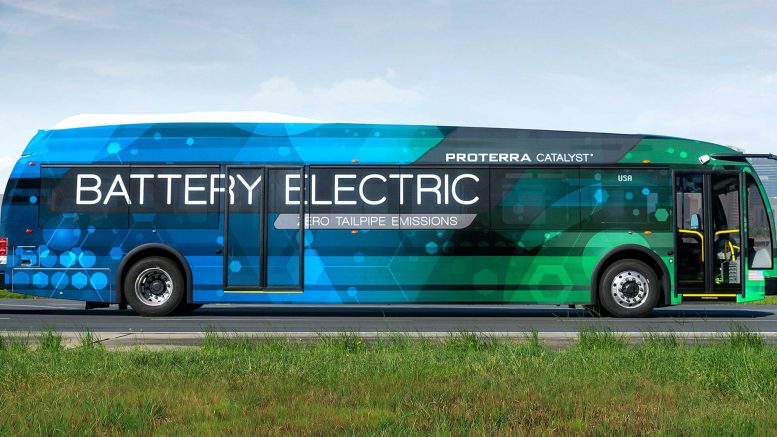 Image by the SCRA

BURLINGAME, Calif. – Proterra Inc (NASDAQ: PTRA), a leading innovator in commercial vehicle electrification technology, today announced the appointment of Roger Nielsen to the company’s board of directors effective March 2, 2022. The company also announced that Jochen Goetz will be stepping down from the company’s board effective March 2, 2022 so that he may focus on his other professional responsibilities.

Mr. Nielsen fills the vacancy on the Proterra board created by the departure of John F. Erhard of ArcLight Capital.

Mr. Goetz leaves the Proterra board after four years of service and assisting the company in its transition to a public company.

“Proterra thanks Jochen for his invaluable contributions to our company over the past four years and wish him well with his future endeavors,” said Jack Allen, Chairman of Proterra’s board of directors. “We are delighted to add Roger’s extensive knowledge and experience as a leader in the commercial vehicle market to our company’s board. Roger’s strong track record of developing innovative products will support Proterra’s growth and mission as we work to deliver best-in-class technology solutions to electrify commercial vehicles.”

“Having worked with the Proterra team during my time at Daimler, I’ve seen first-hand how Proterra is transforming commercial vehicles with industry-leading EV technology solutions. I’m looking forward to joining the company’s board of directors at this important moment for electrification as our journey towards zero-emissions transportation continues,” said Mr. Nielsen.

Beginning in 2001, he also served on the boards of subsidiaries, Thomas Built Bus and Freightliner Custom Chassis Corporation, serving as the chairman of both entities from April 2017 to April 2021. From 2001 until their divestitures in 2003 and 2005, respectively, Mr. Nielsen was vice-chairman of Orion Bus Industries and American LaFrance. Mr. Nielsen earned a Bachelor of Science degree in Industrial Engineering from Oregon State University.