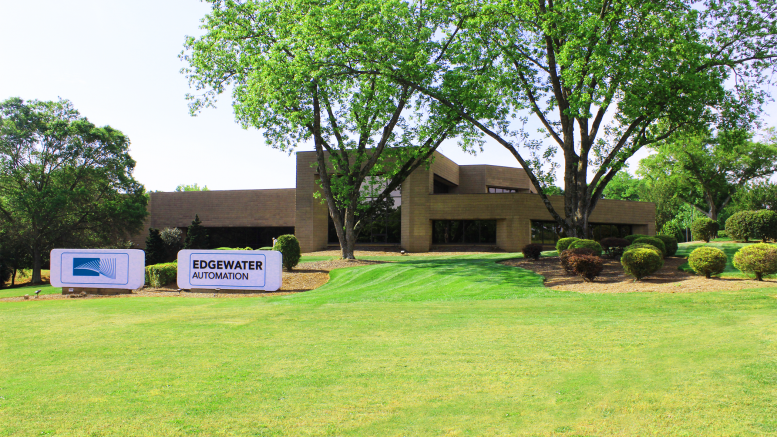 South Carolina Manufacturing (SCMFG) is always eager to learn from the Palmetto State’s manufacturers. Recently, SCMFG had the privledge to tour Edgewater Automation in Spartanburg to get an in-depth look into their customized automated machines. SCMFG highlighted a few of their projects.

Pic 1 & 2. This is a front and back picture of a machine that assembles roller top conveyor. It utilizes three Staubli six axis robots to assemble the parts. The parts are brought to the robots by a Asryil flexible parts feeder. A camera is mounted above the parts feeder, it tells the robot what parts are in the correct orien 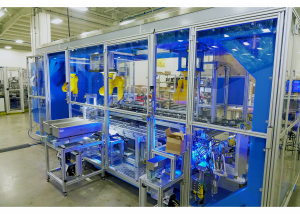 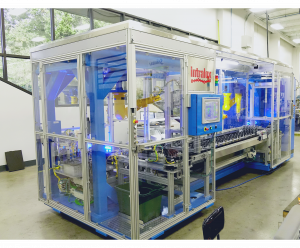 on and it sends the location of the part to the robot so that it can pick it up. The parts are progressively assembled and are verified with inspection cameras for correct part type, color and proper assembly. Once the parts are fully assembled they are loaded into a test dial. The test dial verifies that the rollers spin freely and another camera verifies that the axle pin is properly located within .007”. The completed part is then loaded to a pallet and presented to the operator for packaging. This machine produces a part every 14 seconds 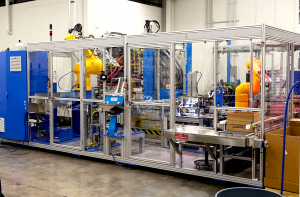 ts and loads the next set of insets into the mold. The robot places the parts on to a conveyor where they are moved to a small machine that snaps the upper and lower rollers into position. The part then moves to the end of the conveyor where a small six axis robot places the parts into a layer for loading into the box. A camera above the layer inspects the parts for correct type and assembly. Once a layer is completed the small robot changes its tooling and pick and places the layer of parts into a box. This machine produces a part every 11.25 seconds.

Pic 4 This machine is a high speed dial assembly machine for an electrical connector. The parts are fed to the machine by bowl feeders. The parts are inspected with cameras prior to assembly. Once 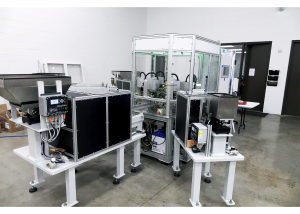 verified servo driven pick and places load the parts to nests on the dial. The dial indexes to the next station and the parts are progressively assembled. Assembly verification is done at every step utilizing a combination of cameras and distance measuring sensor to ensure part quality. Once parts are fully assembled they are off loaded into packaging. This machine produces a part every 1.6 seconds.