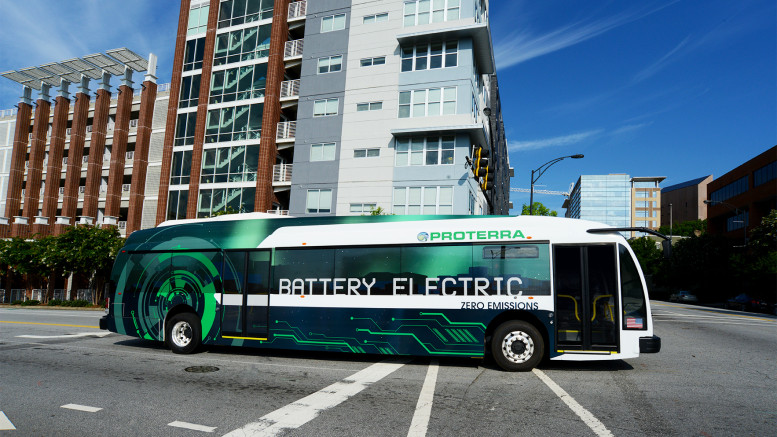 Today, Proterra announced an expansion of its partnership with Lightning eMotors to power their Class 4 and Class 5 electric commercial vehicles.

Under a new multi-year supply agreement, Proterra contracted to supply battery systems totaling more than 900 megawatt hours in battery storage capacity to Lightning eMotors to power up to 10,000 electric commercial vehicles between 2022 and 2025. 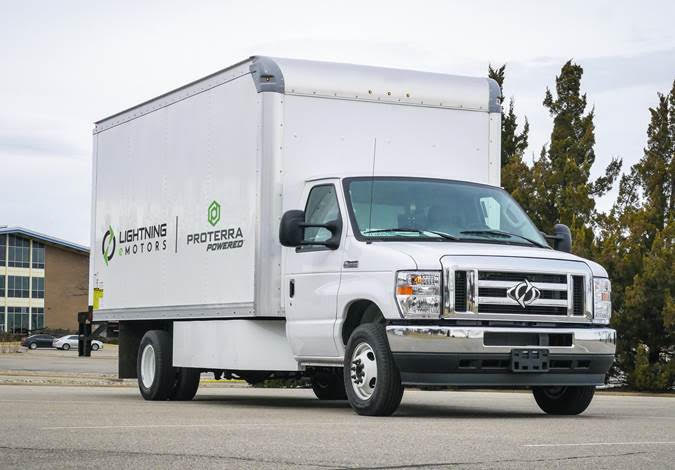 “We are delighted to build on our relationship with Lightning eMotors and to extend our battery technology into a greater number of electric commercial vehicles, including delivery trucks, work trucks, shuttle buses, and more,” said Chris Bailey, President of Proterra Powered & Energy. “Together with Lightning eMotors, we’re demonstrating how American technology and manufacturing can lead the way towards a future driven by zero-emission, battery-electric commercial vehicles.”

“We are thrilled to be expanding our relationship with Proterra to power our class 4 and 5 platforms,” said Chelsea Ramm, Vice President of Global Supply Chain at Lightning eMotors. “Proterra battery packs are rightfully perceived by the market as a quality product which gives us both peace of mind for our customers and helps us during the sales process.” 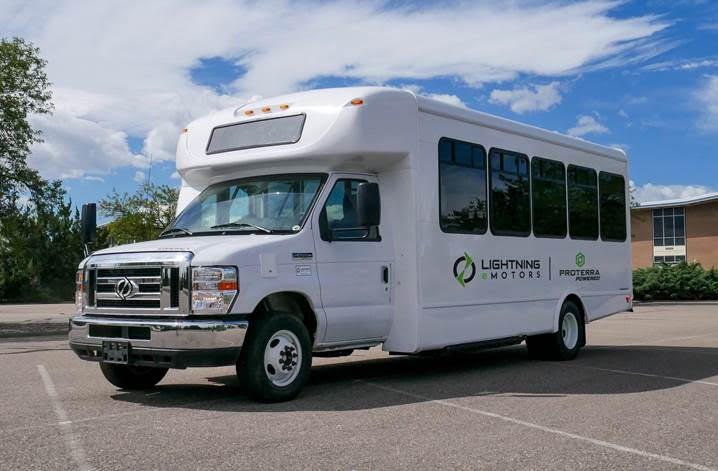 The Lightning Electric E-450 and F-550 commercial electric vehicles are available in a shuttle bus configuration utilizing the various Forest River bus body options, and as a truck including middle mile/last mile delivery trucks, ambulances, and work trucks. Both platforms are planned to have 80kWh-160kWh of Proterra battery packs.