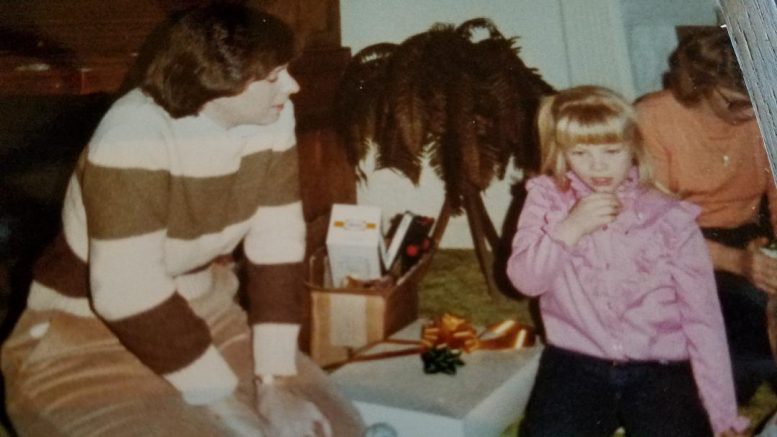 I never understood the point of eulogies. Oh sure, they’re nice speeches with flowery sentiments spoken in somber tones over the sound of soft crying. Occasionally they’re funny. Usually they’re touching. Sometimes they go terribly awry when the wrong family member is chosen to give them. (Looking at you, Uncle “Perpetually Drunk on God Knows What” JimBob and Cousin “Likes to Tell Inappropriate Stories” Shardeen.) 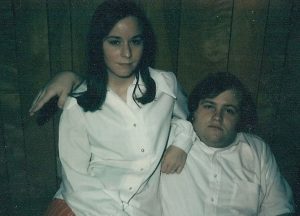 But the people they’re intended for, the people they’re ABOUT, never hear them. We all go about our lives intending to tell those we love that we love them, and why, and how much, but rarely do we really embrace the opportunity to do so. Until it’s too late. And, frankly, by then it’s…well…too late.

The finality of death is not beholden to even our best intentions. Emily Dickinson said it pretty well when she noted, “Because I could not stop for Death/He kindly stopped for me.” Death is not an Uber driver who is willing to make as many stops down memory lane as we may want before we are willing to let someone shuffle off this mortal coil.

So I want to tell you about my Aunt Janet, who is still with us. This is a story about Sweet Pickles and Saran Wrap.

I was a bespectacled bookworm as a child. A voracious reader who would read anything that might appear in my line of sight and stay still long enough to be studied. Oh sure, there were certain books I loved, but frankly, anything was fair game. Once, as a surly pre-teen, my parents couldn’t think of anything else to ground me from (we lived in the middle of nowhere, I didn’t drive, and video games hadn’t been invented yet,) so I was grounded from reading. It was hell on earth, and I found myself sneak-reading spice labels and expired appliance warranties. 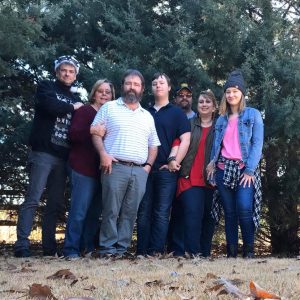 Aunt Janet and her husband, my Uncle Steve, were fellow bookworms. And some of my favorite people on earth. And I knew when we would visit their house in Simpsonville, there would be Sweet Pickles. Not the preserved cucumber kind, the books.

For those of you not familiar, Sweet Pickles was a series of children’s books published in the 80s. Filled with colorful pictures and fun stories, they would feature an anthropomorphic animal in some unlikely situation, and had amusing titles like “Elephant Eats the Profits.” They were mildly didactic, but not preachy, and I loved them. But I didn’t have them. And Aunt Janet did.

Whenever we would arrive at their house, I struggled through the obligatory catching up with family, then Aunt Janet would find some way to discretely shuttle me into her youngest son’s room, where the books were neatly shelved in alphabetical order. She understood the need, the drive of a bookworm to devour those precious books in the brief amount of time between our arrival, the supper that inevitably included actual sweet pickles and fancy, crustless Duke’s sandwiches, and our departure. Precious little time, indeed. 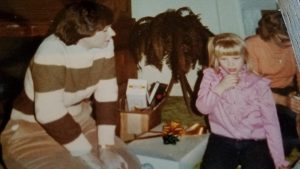 Aunt Janet and Me

I would lie on the floor and lose myself in those books until my mama or daddy would notice my absence and pry me away to “come be more sociable.”  Aunt Janet would give me a knowing smile, and I knew Elephant and his fellow Sweet Pickles friends would be waiting for me on my next visit. She was an educator by trade, and she spoke the language of all children, but especially me, her precocious little niece who just wanted to bury her nose in a book and be left alone.

As the years passed, our relationship changed and we became adult friends. I still relished the visits to that house in Simpsonville, although the books disappeared somewhere along the way, and were replaced with a menagerie that brought me almost as much delight. Llamas, goats, all varieties of dogs…I never knew what new furry friend I would discover when I visited. I still treasured the mock “arguments” I would have with my Uncle Steve about some silly topic, real or manufactured, and the omnipresent Duke’s sandwiches that still graced the table at every gathering, making it feel like a special occasion. 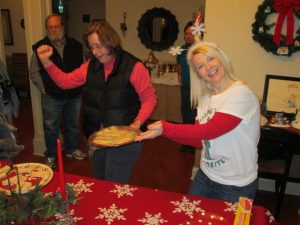 Me and Aunt Janet dancing around the table

Speaking of food, Aunt Janet and I discovered, well into my adulthood, that we both shared a physical infirmity that brought shame and frustration to us and our families: the inability to use Saran Wrap. I can’t remember how the topic came up, but I remember distinctly the quiet, almost tangible moment of understanding that hung heavy in the air after our mutual admission of this handicap.

It was somehow easier to bear the slings and arrows of those for whom the vexing plastic film cooperated when we knew we were a team, consolidated behind our false bravado and futile efforts. In my possession is a photo taken one Christmas where she and I are jubilantly celebrating a successful team effort of wrapping a tray of cookies. It was a small victory, but it was ours, and it was immortalized in that photograph, our smiling faces triumphant for the ages.

In recent years, she has become a closer friend, and my unofficial editor. The only thing I love more than reading is writing, and she has always been my advocate and cheerleader where my writing is concerned. When I began writing children’s stories, during the chemotherapy treatments I underwent for my blood cancer, she was the first person I told. 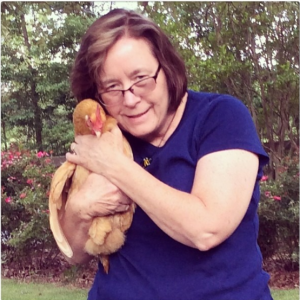 Because I knew she understood children, and she understood me. And she continued to encourage me and bolster me with every chapter I would send. I can honestly say I would have never committed the time and energy that I have given to writing if it hadn’t been for her unfailing honesty and steadfast encouragement.

And now my dear Aunt Janet is fighting her own battle with cancer. I have watched her face it with the same dignity and good humor she has always shown. Her beloved Steve passed away several years ago, her mother after that, and she has had so much to bear. And she has borne it gracefully and with a spirit of acceptance that God’s timing is always perfect, if not always ideal to our mortal eyes and understanding.

And this insidious cancer may snatch her from me long before I’m ready to let her go, but I know when I see her in Heaven, she’ll give me a little nod, tuck me away in a cozy corner, and let me read and write to my heart’s desire. And it will all be simply wonderful and wonderfully simple, and I know for a fact that there will be no Saran Wrap in Heaven because a loving God wouldn’t do that to me and my amazing Aunt Janet.

Be the first to comment on "Southern Stories; “To Aunt Janet, a eulogy for the living”"