The healthcare industry has been called a cemetery for innovation, but Anderson-based Sync.MD has developed a new app to help improve the healthcare delivery system by giving patients a convenient, secure way to control their own health records.

“We all know that when we show up in a doctor’s office or one of our loved ones shows up in a doctor’s office and they just don’t have the communication that doctors need to perform a particular service, the results are horrible,” said Sync.MD co-founder and CEO Eugene Luskin. “In simple cases, it leads to rescheduling and cancellations of appointments. In bad situations, it leads to medical mistakes and that is cause number three of deaths today in the United States.”

Luskin calls the lack of access to personal health records a healthcare emergency, citing studies that show emergency rooms can obtain the records needed to immediately treat patients only about 20 percent of the time. Another 20 percent of ER patient records are received within about 48 hours, which often is too late, and the remaining 60 percent of patients’ records are never received.

That’s why Sync.MD developed a tool that allows patients to collect, store, view and share their personal health records.

“You, as a patient, can download the app and send a records release request to a hospital that has never heard of Sync.MD. That’s the idea because you cannot integrate with all those systems. You cannot spend the next 10 years trying to go through every single agreement with every single hospital. We provide the services to patients. It becomes the patient’s tool to collect, store, view and share records with anyone.”

Those who have a medical emergency at home or while traveling, patients seeking a second opinion or those wishing to change doctors, benefit from having all their medical information in one place.

And according to research, mobile personal health records improve healthcare quality and lower costs. For example, a patient might see physicians and specialists at multiple locations during treatment, but without an efficient way to share information between them, tests are often repeated, Luskin said. Avoiding unnecessary medical procedures saves time, money and lowers a patient’s exposure to risks associated with tests such as x-rays.

To get started, smartphone users can download the Sync.MD app from the App Store or go to SyncMD.com and scan the QR Code with their phone’s camera.

Users will be prompted to scan their Drivers’ License and sign on the screen, then they can specify which provider they wish to request records from.

Users also can use the app while requesting records in person at a provider’s office. The healthcare provider simply goes to the Sync.MD website, and the patient scans the QR code displayed on the screen with his or her phone. That syncs the patient’s phone with the provider’s computer. Documents can then be dragged and dropped into the computer’s browser, with records immediately transferred to the patient’s smartphone.

The Sync.MD app is free, however patients will pay an average of $6.50 per release of records – a typical fee for the release of medical records in printed form, Luskin said.

A former 20-year associate of Microsoft, Luskin holds several patents focused on data security. And more than half of Sync.MD’s technical team has expertise in securing and protecting data.

“One thing that would kill this business is if we had a massive data leak or data hack that we couldn’t prevent,” Luskin said. “That is one of the reasons that our security is way above anything that is mandated by this industry and by regulations. In addition to securing databases and everything related to that, every patient’s personal record is secured separately, is encrypted separately, so we’re taking specific precautions on how to prevent any kind of massive or mass hackers’ attacks. This is almost a religion inside the company.”

Sync.MD was founded eight years ago in Seattle, Washington by professionals from the healthcare and technology industries. Company officials were invited by U.S. Congressman Jeff Duncan of South Carolina to look at moving the company to the Palmetto State. Sync.MD moved its headquarters to Anderson in 2021.

“Honestly, we just fell in love with this place,” Luskin said. “Less than a year ago, we made the decision to move the entire business here. I never imagined that something like this could exist from a business perspective and a personal perspective. We were overwhelmed with everything that we saw here. 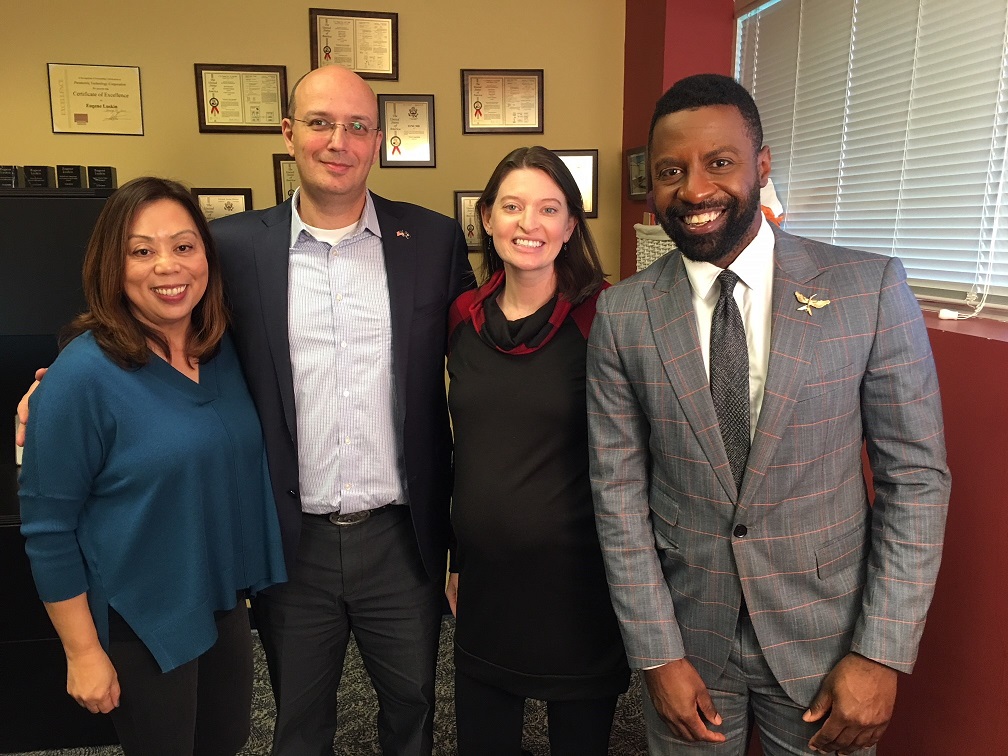 For Luskin and his Sync.MD associates, owning and growing a business that puts patients in control of their own health is the best perspective.

“I said from the very beginning of this company that we will be waking up sometime in the future knowing that some people didn’t die yesterday because of what we have created,” Luskin said. “We actually are in that situation today. We know that we are saving lives. You cannot have a better compensation for what you are doing.”

Be the first to comment on "Sync.MD app gives patients control of their health records"