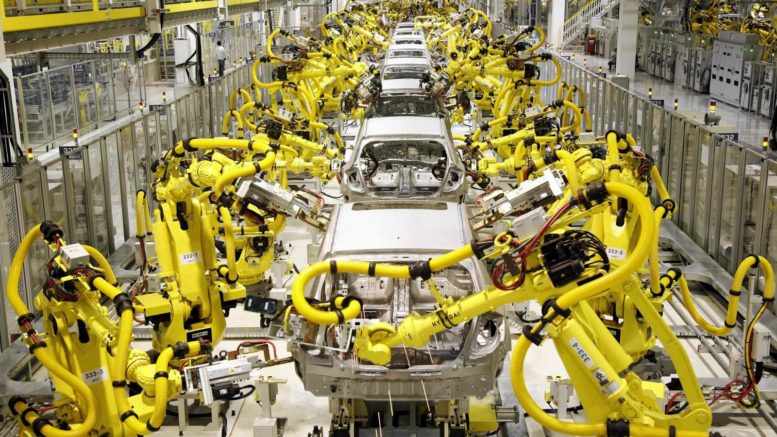 According to the International Federation of Robotics, the first industrial robot entered a U.S. automotive factory in the early 1960s.

Used on a GM assembly line in Trenton, New Jersey, where parts for automotive interiors were produced, the robot was capable of obeying step-by-step commands, sequencing and stacking pieces of metal. A few years later, GM introduced robots capable of spot welding, increasing productivity. These models and other early robots performed only simple functions. They could move up and down and side to side, picking up and placing components on an assembly line.

Many well-known robotics companies introduced industrial robots in the 1970s. KUKA’s website details introduction of the first industrial robot with six electric motor-driven axes, a model called FAMULUS, in 1973. By the next decade, there was much greater competition in the robotics field, with new companies launching products at a rapid pace.

Since those early days, robots have been used to increase productivity and decrease costs, replacing rigid machines with flexible automation solutions. Today’s robots function at a much higher level than those in use in the earliest days, creating greater value in manufacturing.

Use of robots has spread from manufacturing to many other sectors.  One asset is their ability to perform work that would be unsafe for humans. They can assist firefighters, find and disable bombs to help police officers, and deactivate IEDs for the military.

KUKA remains a leading robotics supplier, joined by Stäubli, ABB, and many other vendors. Today’s robots are becoming more human in their capabilities. As a result, they are replacing some of the people on the assembly line. Where there once were 10 positions required on a line, there now may be only three.

While robots have eliminated some lower-skilled jobs, they have created other positions with a higher skill level. The humans are mechatronics technicians, working to keep the robots up and running. The robots are capable of helping to assemble and disassemble on production lines, playing a much larger role than the earliest models. There’s a great deal of money at stake in keeping them functioning. It is estimated that each minute an assembly line is down can cost, in some plants, as much as $1 million a day.

The robotics industry itself is also creating many jobs. By some reports, there are more than 300,000 people working in the industrial robotics sector, and employment is expected to grow as use increases in the automotive, electronics, food and beverage, plastics, chemicals, and pharmaceutical sectors.

Robots range in price according to capability. Table models, able to perform fairly simple functions, can be purchased for under $20,000. Higher end models, capable, for example, of putting together a car on the BMW assembly line, can cost around hundreds of thousands of dollars.

Where is robotics headed? Clearly, the industry is still in its infancy. Mobile robots within the manufacturing environment are becoming more common. These robots are able to move around in the plant without guidance. Collaborative robotics are also growing in usage. FANUC, for example, offers a model capable of working alongside humans without fencing. The model can perform repetitive tasks and do the heavy lifting, allowing people to function at a higher level. System integration, in which robots tell the programmable logic controller what to do, is also a fairly new capability.

At Greenville Technical College’s Center for Manufacturing Innovation, we teach robotics within our Mechatronics Associate Degree. As we prepare students to work in advanced manufacturing, we’re also pleased to see that robots have the ability to attract a new generation to this very promising field. When young people see robots and other technologically advanced tools in place, they begin to imagine themselves in these highly-skilled, highly-paid positions. 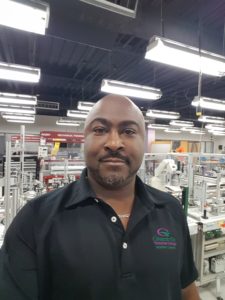 About the Author: Rodney Jones is Program Coordinator for the Mechatronics Division at Greenville Technical College.