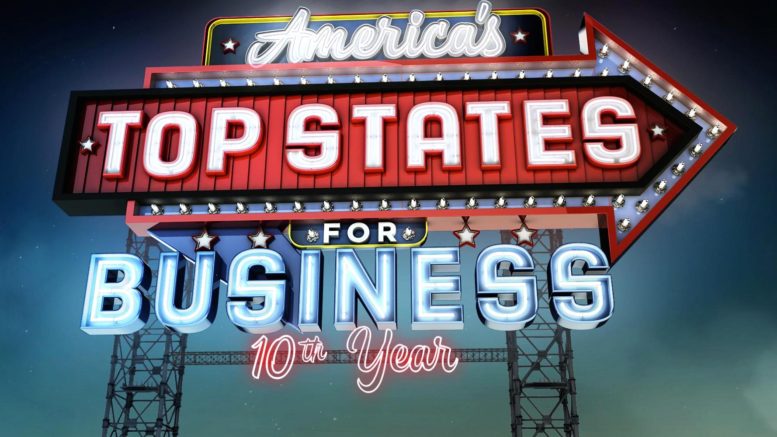 In a recently released listing of the best states for business by CNBC, South Carolina didn’t even make the top 10.

Based on a criterion over six categories, and ranked in importance according to each state’s own marketing, the study looked at workforce, the cost of doing business, infrastructure, the economy, quality of life and technology and innovation.

At the top of the list, Utah, was touted for its 3.3 percent GDP growth, 3.8 percent unemployment and its top individual and corporate tax rate of 5 percent.

South Carolina’s 19 percent GDP growth rate and 5.8 percent unemployment, coupled with a 5 percent corporate tax rate and a 7 percent individual tax rate, rated it among the top half of states in the country. But the state’s K-12 education system’s sub-par performance was what the report authors said brought the state down.

Adrienne Fairwell, director of marketing and communications for the South Carolina Department of Commerce, said South Carolina is leading the country in economic development.

“South Carolina has forward momentum,” she said. “Daily we get phone calls from other states asking how we are able to achieve our successes,” Fairwell said. “South Carolina is making the mark. That is what I am telling you and that is what the numbers are telling you.”

Fairwell said that since 2011, South Carolina had a 15 percent growth in manufacturing. And since 2011, the state has announced 620 announced projects, 272 of them new projects and 348 of them expansions of existing businesses. Those projects had resulted in an additional 90,000 recruited jobs to the state, she said.

South Carolina offers a variety of tax breaks and business incentives to businesses, Fairwell said, that provide businesses with lower operating costs, including; no state property tax, no local income tax, no inventory tax, no sales tax on manufacturing equipment, industrial power or materials for finished products, no wholesale tax and no unitary tax on worldwide profits.

But how can the state change its business environment?

Ensuring the education system is aligned with business’s needs is one step that is already being taken, officials said.

Ryan Brown, chief communications officer with South Carolina’s Department of Education, said the state is already taking steps toward making sure the education system is aligned with the needs of employers. The department is working with a number of state departments to make sure qualified employees are coming out of the education system.

“We work very closely with the SC Chamber of Commerce, Department of Employment and Workforce, Department of Commerce, and the SC Technical College System on aligning goals and initiatives in K-12 education so they are tailored to SC current and future workforce needs,” Brown said. “Our staff also sits on the State Workforce Development Board.  This team approach has led to an unprecedented alignment of goals and priorities in career education and workforce development which will ultimately benefit students, parents, and our state.”

The Department of Education also recently received a grant to develop and implement the South Carolina Youth Education and Skills Initiative, Brown said. The project builds on statewide workforce development initiatives to ensure an industry-driven college and career readiness system.

The state also is a model for success with apprenticeships, Brown said.

“U.S. Secretary of Labor Thomas Perez visited South Carolina last year to discuss the successes of the program and see how it could be replicated across the country,” Brown said. “New to Apprenticeship Carolina is Youth Apprenticeships which allows 16- to 18-year-old high school students to work directly within a company learning hands on skills and knowledge while still earning credits needed for graduation. The Youth Apprenticeships has only been in existence for two years but is growing exponentially with over a 400% increase in participating students.”

South Carolina also looks to outpace the country in economic growth in 2016, according to a report by Wells Fargo Securities.

The growth is driven by growth in the automobile and aerospace industries, as well as the addition of the inland port and expansion of the port in Charleston.