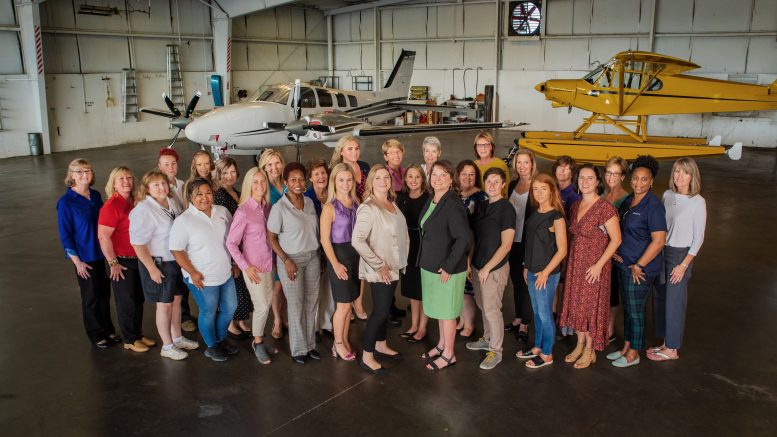 As Lockheed Martin and Boeing patrol the Palmetto State’s borders to the north and south, the aviation and aerospace sector in South Carolina has become a sledgehammer, pounding out $19 billion in economic impact every year.

With the 787-10 assembly in Charleston, the F-16 being built in Greenville and other industry work scattered around the Upstate in Toray and Steven’s Aerospace and Defense Systems, the market has exploded and demands a diverse and open workforce to ensure every airplane’s fasteners are tightened to exact specifications, every blueprint has an engineer and every cockpit has a pilot.

1. Data provided by the South Carolina Department of Commerce shows the aerospace industry employs over 22,000 statewide and is becoming a focus for not only aerospace and defense manufacturing, but a center of innovation, investment and opportunity.

Women from around the state are now identifying global brands like Boeing, Lockheed Martin, GE Aviation and their list of suppliers and business service providers as a career choice. Whether they are executives with international companies, marketing professionals from GSP International Airport, flight attendants with Delta Airlines, wrench turners from Michelin or military and commercial pilots hopping around the globe, South Carolina women are making their mark on the field.

2. Lara Kaufmann, Associate Director at the Greenville Downtown Airport, boasts a busier operation schedule than GSP in Greer, receiving as many as 48,797 takeoffs and landings each year. The airport is also the busiest general aviation hub in the state while the fourth busiest airport overall. 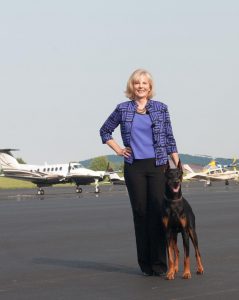 3. Pilots N Paws in Spartanburg County is owned by, Debi Boies, a business owner and animal lover that tapped into the region’s aviation resources to chart her career. To date, the organization has transported over 160,000 rescue animals using 6,000 volunteer general aviation pilots.

4. WSPA’s Chief Meteorologist, Christy Henderson, became interested in flying because her parents’ house is nearly a two-hour drive from the Dallas-Ft. Worth International Airport in Texas. After hearing about a regional hub just 20 minutes from their home, Henderson thought, “how great would that be to fly right in there, no security, no lines.”

Today, she’s not only a formidable pilot, she’s a seasoned flyer, having survived a plane crash in 2010. Henderson said the accident took place several months into her training while practicing stalls over Spartanburg County. 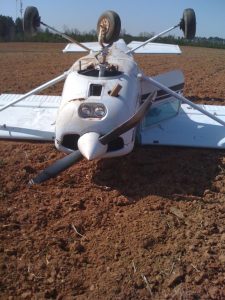 “The engine started puttering after I added power on the normal step of recovery, but we were unable to maintain lift and my flight instructor landed the plane in a dirt field,” she said. “It was a good landing, but the dirt had been plowed a day or two before, and as the plane slowed, the nose wheel dug in and we flipped over.”

Henderson said she needed a more structured schedule to balance work, life, family and flight training. Once the training was complete, she was off.

5. Cyndy Hollman is not only 2017’s South Carolina Flight Instructor of the year, she is a commercial aviator and owner of the Flight School of Greenville.

Her experience and training in general aviation and commercial flight enables her to put pilots in almost any cockpit prepared and ready to fly. In addition to her duties at the flight school, she is a Captain at Commutair. 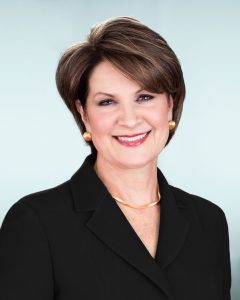 Lockheed Martin has long-been a mainstay of South Carolina’s aerospace industry. However, the firm’s Greenville facility is now home to the F-16 and building the billion-dollar fighter jets for American allies around the globe. Since July, the aerospace and defense firm has announced nearly $10 billion in sales to places like Taiwan and Bulgaria.

7. Lee Orr has been an industry staple since becoming a certified pilot in 1965. She has over 50 thousand hours of flight time, and she’s a veteran of the All Women’s Transcontinental Air Race, the Air Race Classics and the Powder Puff Derby.

In 1988, Orr was awarded the Amelia Earhart Scholarship. Over the decades, the 2001 Inductee into the South Carolina Aviation Hall of Fame has taught nearly one thousand people to fly, with hundreds of those new pilots coming from the Spartanburg area.

8. Adrianne Beasley is the Director of Aerospace Initiatives at the South Carolina Council on Competitiveness. Her start in the industry began as a financial analyst for an aerospace company in Florida. Beasley said it was a “deep end” learning experience in aerospace manufacturing and maintenance.

Today, Beasley said her role at SC Competes is to back the state’s commerce department in business recruitment while supporting and growing South Carolina’s existing aerospace firms.

9. SC Ports Authority is more than cargo storage and rail, the organization is in business with the same industries and employers as air freight movers.

Liz Crumley, a spokesperson for S.C. Ports, said the Inland Port in Greer serves many of the same customers as Greenville-Spartanburg International Airport’s service providers – all working to efficiently move cargo.

“The unique offering of multimodal connectivity also proves useful for e-commerce and distribution center connectivity to the entire U.S. Eastern population base.”

10. Tiffania Fayall is not only a Site Supplier Quality Lead down at Boeing, she’s also the Vice President of “The Women in Aviation” Palmetto Pride chapter.

Women in Aviation International is a nonprofit organization dedicated to the encouragement and advancement of women in all aviation career fields and interests.

The Palmetto Pride Chapter provides year-round resources to assist women in aviation and to encourage young women and men to consider aviation as a career. The organization also offers educational outreach programs to educators, aviation industry members and young people nationally and internationally.

Although the state’s chapter is in Charleston, there are members statewide. Fayall said the non-profit is creating more subgroups and spreading across the state.