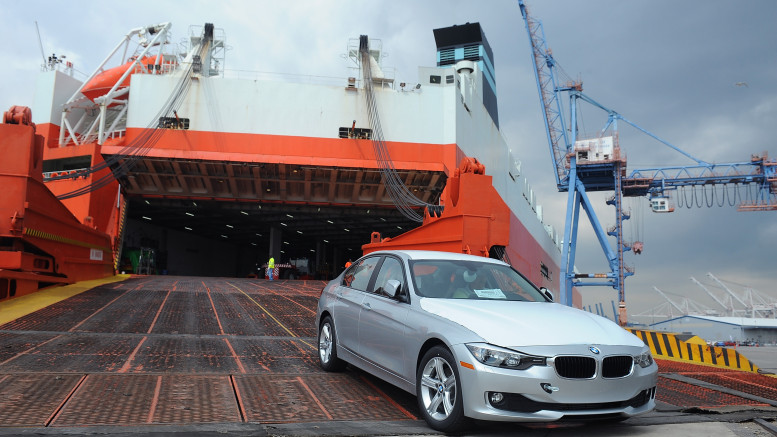 “Even without Labor Day weekend as part of the month, the solid August results for both BMW and MINI continue to prove the strength of consumer demand and underscore the momentum BMW Group has shown throughout this year,” said Ludwig Willisch, President and CEO, BMW of North America. “With the launch of the all-new BMW 7 Series getting underway and the new BMW X1 also on the horizon, I’m expecting a strong finish in the remaining four months of 2015.”

In total, the BMW Group in the U.S. (BMW and MINI combined) reportedAugust sales of 32,864 vehicles, an increase of 2.0 percent from the 32,219 vehicles sold in the same month a year ago.  Year-to-date, BMW Group sales are 263,908 vehicles, a 7.3 percent increase from the same period last year.

MINI Brand Sales
For August, MINI USA reports 5,109 automobiles sold, an increase of 2.1 percent from the 5,006 sold in the same month a year ago.  Year-to-date, MINI USA sales are 40,560 vehicles, a 16.0 percent increase from the same period last year.

BMW Motorrad Sales
With 1,338 retails BMW motorcycles posted their second best August ever. This figure was also 21.5 percent above the 1,101 motorcycles sold in August 2014.

BMW Group In America
BMW of North America, LLC has been present in the United States since 1975.  Rolls-Royce Motor Cars NA, LLC began distributing vehicles in 2003.  The BMW Group in the United States has grown to include marketing, sales, and financial service organizations for the BMW brand of motor vehicles, including motorcycles, the MINI brand, and Rolls-Royce Motor Cars; Designworks, a strategic design consultancy based in California; a technology office in Silicon Valley and various other operations throughout the country.  BMW Manufacturing Co., LLC in South Carolina is part of BMW Group’s global manufacturing network and is the exclusive manufacturing plant for all X5 and X3 Sports Activity Vehicles and X6 and X4 Sports Activity Coupes.  The BMW Group sales organization is represented in the U.S. through networks of 339 BMW passenger car and BMW Sports Activity Vehicle centers, 149 BMW motorcycle retailers, 124 MINI passenger car dealers, and 36 Rolls-Royce Motor Car dealers.  BMW (US) Holding Corp., the BMW Group’s sales headquarters for North America, is located in Woodcliff Lake, New Jersey.

Be the first to comment on "BMW Group U.S. Reports August 2015 Sales Increase of 2%"