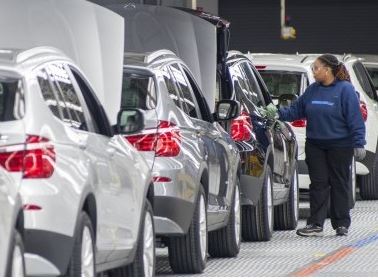 After the recent Volkswagen (VW) emissions scandal, BMW has released a statement assuring customers that BMW Group is committed to observing the legal requirements and fulfilling all local testing requirements.

The announcement from BMW comes after the U.S. Environmental Protection Agency accused VW of installing sophisticated stealth software in order to enable “clean diesel” versions of its Passat, Jetta, Golf and Beetle cars to detect when test were being done and emit less-polluting exhaust than in real-world driving conditions.

BMW’s statement confirmed that their exhaust treatment systems are active whether rolling on the test bench or driving on the road. BMW also stated that clear, binding specifications and processes are in place through all phases of development at the BMW Group in order to avoid wrongdoing.

VW CEO Martin Winterkorn resigned last week, and VW announced it set aside $7.3 billion to cover the cost of the scandal. The company has apologized, but has not released detailed information about their role in the test rigging. Criminal and civil litigation is likely.

The German magazine Auto Bild has published a clarification of their article released yesterday (September 24) concerning the emissions of a BMW X3 stating: “No evidence of emission manipulation by BMW…. The values mentioned in the document were only generated in a single, one hour-long road test. Auto BILD has no access to the details of this test trail, which might explain the discrepancies to the test cycle NEDC.” (NEDC stands for New European Driving Cycle)

The Euro 6 emissions standard, which took effect on 1 September 2015 and is binding for all new vehicle registrations, improves both environmental and consumer protection.

To bridge the gap between test results and real-life fuel consumption and emissions, the European Union is working on a new test cycle (WLTP) and an emissions test for real driving situations, known as “real driving emissions” or RDE. We support the swift introduction of the new regulations to create clarity for consumers and the industry as quickly as possible.