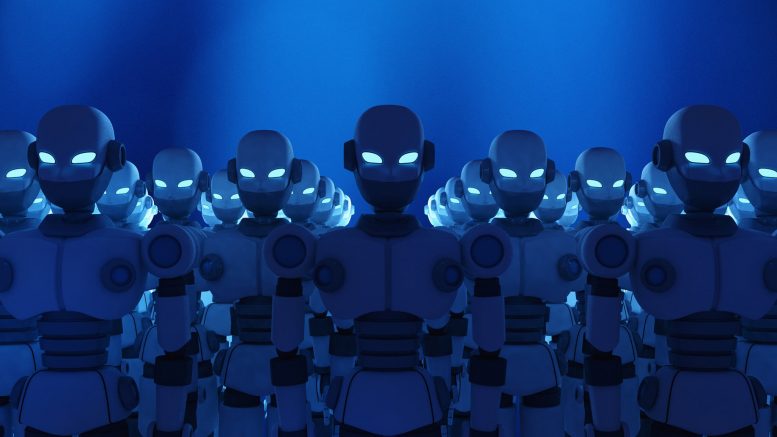 While manufacturers tune up their production processes with the ever-increasing use of automated technologies and robotics, a level of distrust has festered between flesh and blood employees and their machined counterparts now working alongside.

Not only are some of these workers scared of losing their jobs, Clemson University Associate Professor and Chair on Manufacturing Automation and Robotic Control, Sophie Wang, PH.D. said some of them “fear getting hurt.”

To establish trust, “human workers must be well trained”, she added. “Knowing how a robot implements its tasks and experiences errors can mitigate the fear of automation.” 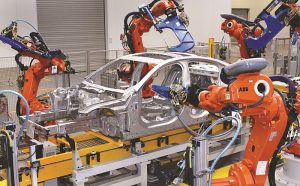 In 2017, a National Science Foundation (NSF) study already showed the workplace was on the cusp of a major transformation due to Artificial Intelligence (AI), Machine Learning, The Internet of Things (IoT) and Robotics.

The report attributed the pace of technological development to the cost of computing dropping while its power increasing. In addition, it highlighted IoT, software platforms and AI’s accelerated impact on big data as other key factors.

For Upstate manufacturers like Staubli Robotics in Spartanburg County, job growth associated with technological advancement diminishes the lack of trust.

When employees understand how a robot can make their position less repetitive, harsh and risky, “they are typically excited,” he said. Essentially, “people drive change and robots accelerate the pace.”

While many view the inclusion of technology as a positive for incumbent employees, Gary Tompkins, President of the Kidder Group in Greenville, warns the expanding use of robotics will threaten a reduction in human workers. 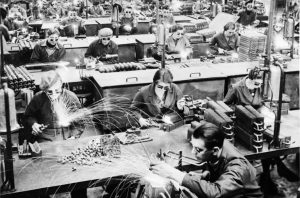 At area firms, “many of the tasks have been replaced with robots that can do the job better, faster and without breaks,” he said. “We need to drive this fear out of our plants and ensure employees whose positions have been eliminated by a robot, they will not be terminated but retrained and redeployed.”

As manufacturers struggle to remove “the dark, the dingy and the dangerous” tag it was labeled a generation ago, today’s industry professionals are echoing the new clean, safe environments spawned by technology.

Volvo Spokesperson, Stephine Mangini, said “when safety is a concern and the work is repetitive and an ergonomic burden, automation will add value to the manufacturing process.”

Because traditional industry robots are heavy, fast and a proximity danger, Wang said “humans still fear getting hurt by them.”

However, “recent advancements in lightweight collaborative robots enables safe human interaction to avoid or mitigate collisions,” she said. “If human workers are more familiar with these functions, they might overcome the fear and mistrust.”

And as industry technology continues to evolve, experts are predicting an acceleration in their use and application.

“As someone once said, the Stone Age did not end because we ran out of stones; we just transitioned to better solutions,” Brian Gallagher noted, Vice President of Corporate Development at Graycor.

Adoption of more technology is inevitable, but it doesn’t mean all jobs will be replaced by robots, he said. While automation can have a significant impact on productively and performance, companies can take the opportunity to strengthen their workforce by training their employees to focus on different aspects of the production process.

In addition to increased opportunities for skilled hands in the modern technologically-rich manufacturing space, there are some positions unique to human standards.

Wang said human workers would remain for dexterous operations, high-level decision-making and supervision due to the cost and intelligence limitations of robots.

Repetitive, unsafe work and the management of low-level tasks will be the robot’s job, she said.

Be the first to comment on "Can they hurt me? Will they take my job? Manufacturing employees question robots invading workspace"