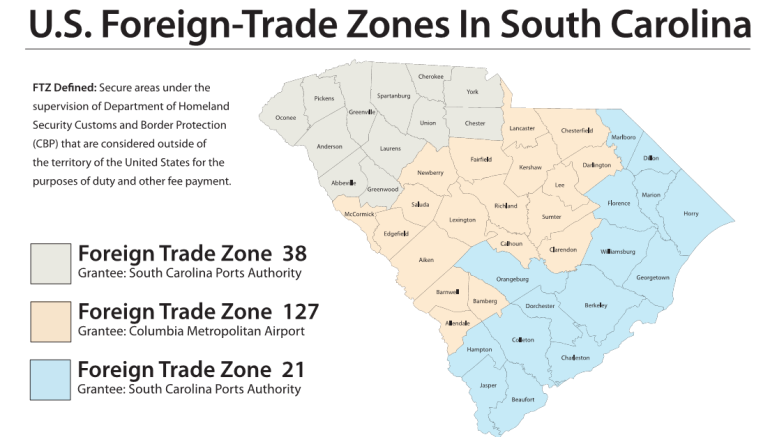 As South Carolina continues its upward trajectory as a hub of global manufacturing and distribution, the state’s ability to offer international companies operation inside a Foreign Trade Zone (FTZ) has become a critical marketing tool for both the state and regional economic development organizations. 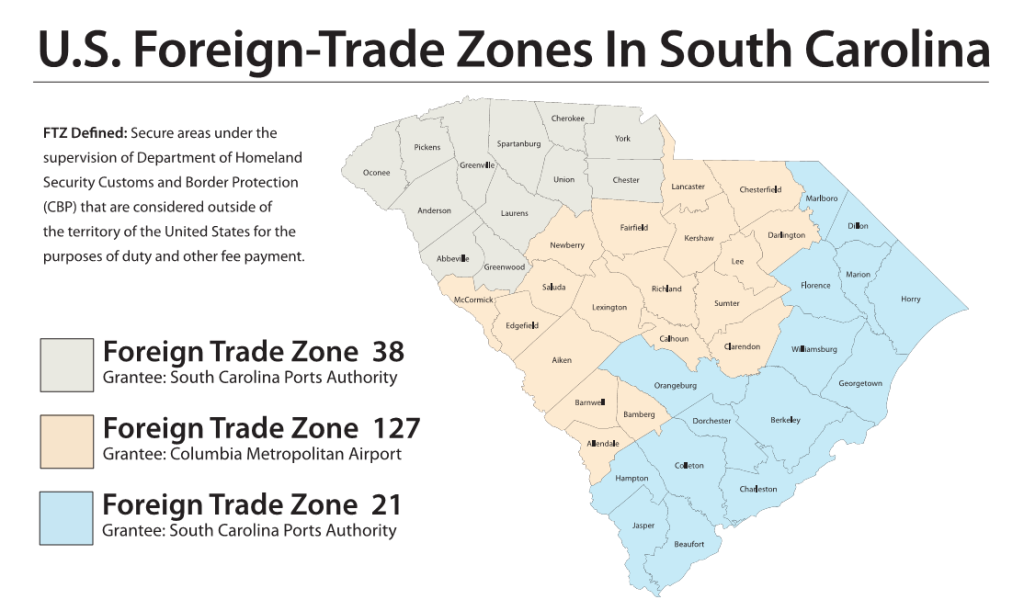 John Lummus, President and CEO of Upstate Alliance, said FTZ’s are used to recruit outside businesses because of their impact on a company’s bottom line.

“South Carolina businesses pay fees when importing goods from outside the U.S., but those fees can be reduced dramatically, sometimes as much as 90 percent, or even eliminated altogether when those goods come through our Foreign Trade Zones,” he said. “This can be a great benefit for all companies, particularly distribution centers because of their high volumes.”

In addition to a decrease in importing costs, Lummus said all exporting fees are eliminated.

“We are trying to educate the workforce on the benefits and structure of exporting in the Upstate,” he said.

According to Lummus, FTZ’s are a secure area under the supervision of the Department of Homeland Security, Customs and Border Protection and are considered outside of the customs territory for the purposes of duties and fee payments.

The Palmetto State has three FTZ’s, coastal region, midlands, and the Upstate, he said. “Many South Carolina businesses import through these FTZs, but there are still many companies who don’t understand the  advantages of the program.”

In an article published earlier this month, the Charleston Post and Courier reported 34 South Carolina companies employing nearly 20,000 workers and accounting for $17.3 billion in imports and $8 billion in exports are operating through a pair of FTZ’s administered by the State Ports Authority — one along and near the coast and the other in the Upstate.

The report identified FTZs as a geographic piece of fiction where designated property is, for duty and customs purposes, considered to be outside of the United States. The FTZ’s can be located in a single building or in an industrial park, and they don’t have to be adjacent to an airport or seaport.

The BMW plant in Greer is one of South Carolina’s most noted manufacturers and FTZ users.

Sky Foster, a spokesperson for the automotive company, said operating within the FTZ encourages and expedites BMW’s involvement in U.S. trade.

The bulk of the vehicles (70 percent) BMW produces are exported to over 140 markets around the world, she said. “We are actively participating in foreign commerce.”

There are a number of state manufacturers, largely in the automotive sector, that utilize the program’s duty and fee deferral benefits related to import parts and components and export finished goods, she said. With the rise of distribution centers locating in South Carolina as well as continued manufacturing investments and expansions, “we expect the program to see robust growth.”