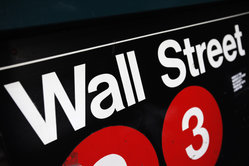 “The U.S. LEI fell slightly in July, after four months of strong gains. Despite a sharp drop in housing permits, the U.S. LEI is still pointing to moderate economic growth through the remainder of the year,” said Ataman Ozyildirim, Director of Business Cycles and Growth Research at The Conference Board. “Current conditions, measured by the coincident economic index, have been rising moderately but steadily, driven by rising employment and income, and even industrial production has improved in recent months.”

About The Conference Board Leading Economic Index® (LEI) for the U.S.

The composite economic indexes are the key elements in an analytic system designed to signal peaks and troughs in the business cycle. The leading, coincident, and lagging economic indexes are essentially composite averages of several individual leading, coincident, or lagging indicators. They are constructed to summarize and reveal common turning point patterns in economic data in a clearer and more convincing manner than any individual component – primarily because they smooth out some of the volatility of individual components.

The ten components of The Conference Board Leading Economic Index® for the U.S. include:

Be the first to comment on "Leading Economic Index® (LEI) for the U.S. Declined Slightly"