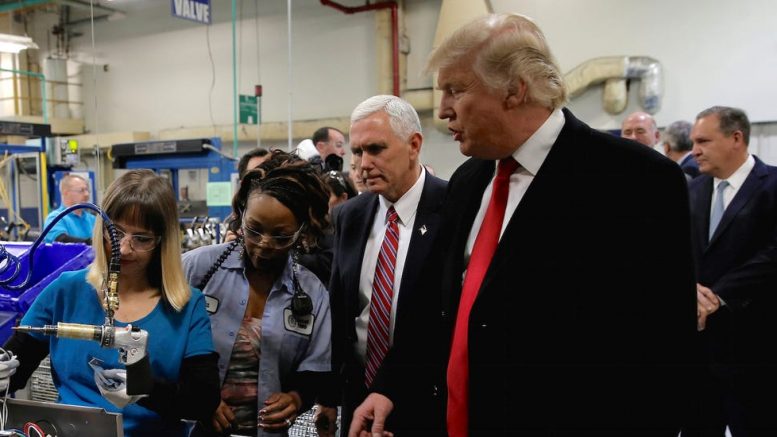 Here we go again. Every four years we find ourselves here. We are in the midst of the next US presidential election. To be honest, I don’t like politics, of any kind (in government, business, church). Although this campaign seems like it’s already been going on too long, we must thoughtfully work through it until November. I propose the election process drives much more than simply selecting who will hold the office of president or congressional seats. The political process has a significant impact on business. Let’s consider this. 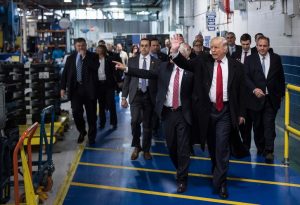 Let’s begin with a bit of recent history. 2016 was a hard year for many businesses. In fact, I can easily say that 2016 was the worst in our 15-year history. For most of 2016, our two-party system presented two very toxic candidates. The republicans eventually nominated (begrudgingly) Donald Trump.

The democrats nominated Hillary Clinton who had her own issues. Each party spewed rhetoric and a narrative that completely demonized the other side. Hillary called Trump’s supporters “deplorable” galvanizing anyone who supported Trump. Trump rhetoric alienated just as many people on the left. Any form of civility was thrown out the window by both political rivals. The media indicated that a Hillary victory was assured.

Let’s consider some of the fears leading up to the election. If Hillary won, what would happen to corporate taxes? Would the democrats’ demonetization of corporate profits and all C-suite managers so extensively that tax increases would ensue? Would this drive companies to change investment strategies? On the other hand, who really knew what to expect from Donald Trump? If he won, would he keep his promises, was he really a conservative businessman or was he a democrat in hiding? Could he be trusted?

I believe this whole process stoked marketplace fear. Why do I think this? Immediately following the election, my business experienced a spike that lasted for two years. In fact, 2017 and 2018 were the best years in our history. Although the democrats lost the presidency, nothing else changed except the election was over.

In 2016, I believe most of our larger customers decided to wait it out. Investment slowed to a near trickle. Small businesses like ours struggled as our customers where not making investment. Once the election was over, the uncertainty was removed. 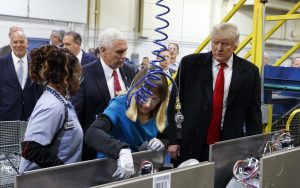 What about the infamous “Trump Bump?” Remember what happened in the early days of 2017? The stock market went crazy with record gains! Investors called this the Trump bump. A republican presidency generally tends to be more business friendly. However, I wonder what would have happened if Hillary had won? Would we have experienced a “Hillary bump” simply because the fear of uncertainty and the toxicity of the campaign was over?

Some candidates propose a strong socialist agenda, continuing to demonize capitalism and corporations. If history holds, the democrat nominee will come back closer to center in his or her claims after the primary in order to pick up the moderate vote. Unfortunately for all of us, the way congress is currently working, is a sure indicator of another toxic election with strong and divisive rhetoric. Each presents a narrative that would indicate the end of life in America if the other side is elected. Each party makes promises that instill deep fear in the other side. 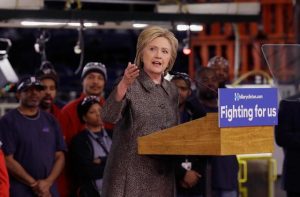 Since the economy is likely Trump’s best case for the right to govern for another four years, will the democrats work to undermine/wreck the economy? Of course, there are some on the fringe that propose to do just that. Will the anticipated toxicity expected for the next nine months increase corporate fears?

Will these fears impact business (especially small businesses that are dependent on big business spending) and create another “slowdown” like we saw in 2016? Perhaps since we lived through this kind of environment in 2016, it won’t have the same effect. I remain cautious and watchful.

The economy is doing well. Manufacturing continues to be strong and our customers continue to present a positive outlook. Overall, Americans live a pretty good life. Our country is not perfect and is certainly not a utopia (nor can it ever be). After all, it’s populated by people who are not perfect. Our country was built on the backs of those who went before us and we get to participate in a system that is the envy of the world.

So many people want to come to the US. It is because of the opportunity that is available to them. If our politics could put aside the toxicity, I believe we could find common ground. As for my part, I choose not to add to the toxicity. I hope each reader will do the same. Politics wouldn’t be so bad if it wasn’t so political! As an American citizen, you should be involved in the process but please consider wisely how you choose to participate.

Paul V. Kumler, P.E. is president of KTM Solutions, an engineering company that services the aerospace and large-scale manufacturing industries. In addition to aero structures engineering services, KTM Solutions designs and builds tooling supporting a broad clientele and various industries. www.ktmmechanical.com The company is headquartered in Greer, South Carolina with remote offices in Charleston, South Carolina. Mr. Kumler serves in several volunteer roles including the SC Aerospace Advisory Board. Mr. Kumler, a professional engineer, is licensed in Louisiana, South Carolina, Texas and Washington. He is married to Ginger A. Kumler and has two grown children and two grandchildren.

Be the first to comment on "Manufacturing and Politics"