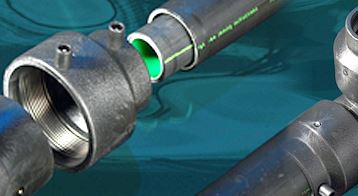 Nupi Americas, Inc., a North American subsidiary of Nupi Industrie Italiane, S.p.A., is establishing warehousing and distribution operations in Hampton County. The $4.9 million investment is expected to create 37 new jobs over the next five years.

“Nupi Americas has chosen South Carolina to develop its future products in the U.S. The new facility, located in the Southern Carolina Industrial Campus, will be the hub to manufacture and distribute products to our oil, plumbing and HVAC customers,” said Marco Genoni, President and CEO Nupi Americas and CEO of Nupi Industrie Italiane SpA. “We would like to thank all of the local and state institutions who helped us to achieve our expansion goals on schedule. We are extremely pleased with the cooperation between all of the economic development institutions and how they are well disposed to welcome industries in their territory, providing support at all the levels.”

Established in 2001 and headquartered in Houston, Texas, Nupi Americas is a subsidiary of Nupi Industrie Italiane, S.p.A., which has been manufacturing and marketing the NIRON product line since 1982. NIRON is a complete polypropylene pipe and fitting system for the distribution of hot and cold water in plumbing and air conditioning systems.
The company’s Hampton County operations will focus primarily on its NIRON product line. To house the new facility, Nupi Americas is purchasing an existing 50,000-square-foot spec building, which is located at 314 Commerce Parkway in Early Branch, S.C. The facility is expected to be fully operational by the second quarter of 2016.
The Coordinating Council for Economic Development has approved job development credits related to the project. For more information on Nupi Americas, Inc., visit www.nupiamericas.com/nupi/en.

Be the first to comment on "Nupi Americas, Inc. Makes $4.9 Million Investment in Hampton County"