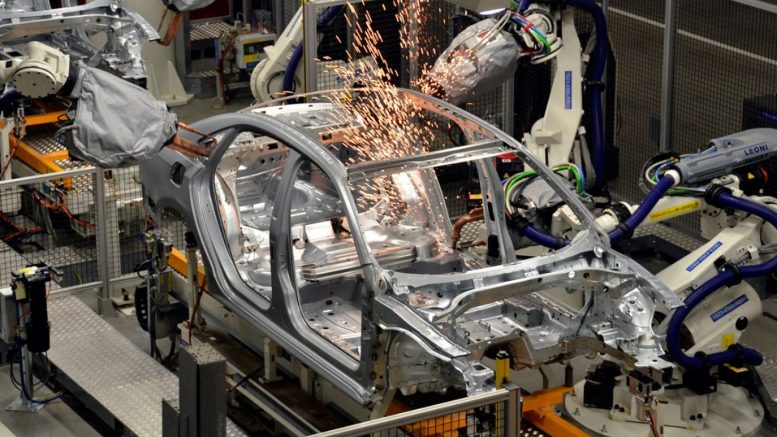 The U.S. government is committed to ensuring IP continues to drive American innovation and that American companies can compete and succeed domestically and in the international marketplace.

Working with the U.S. Commercial Service and other partner agencies, The U.S. PTO is dedicated to helping U.S. businesses secure and enforce their IP rights both domestically and abroad for the benefit of the U.S. economy.

(Alongside the U.S. Patent and Trademark Office, the U.S. Commercial Service will offer two webinars focused on intellectual property rights (IPR) and cyber security training.  Ahead of the events, South Carolina Manufacturing caught up with, Anastasia Mukherjee, Senior International Trade Specialist for the U.S. Commercial Service to discuss potential pitfalls manufactures in the Palmetto State can avoid.)

(Mukherjee) Overseas markets present some of the best economic opportunities for U.S. companies, but with any good opportunity comes some risks. This is especially true when it comes to protecting a company’s intellectual property.

According to the U.S. Patent and Trademark Office, only 15 percent of companies are generally aware that their U.S. patent or trademark is not enforceable in other countries. That according to a recent survey of 1,000 small- to medium-sized businesses our sister agency conducted. Some examples of intellectual property infringements are foreign manufacturers copying U.S. products, packaging, and business plans without the U.S. company’s knowledge or authorization.

Additionally, it’s been seen on multiple occasions how foreign counterfeiters steal product pictures, brochures, and logos from U.S. company websites and register these materials as their own. As a result, American companies not only face counterfeit issues abroad, but consequently are then vulnerable to counterfeit products entering the U.S.

For these reasons, it’s vital that U.S. companies seek trademark and patent protection well in advance of doing business internationally and adapt strategies to prevent counterfeits.

It comes down to education, and that’s something the U.S. Commercial Services strives to provide daily. U.S. businesses should be aware of the options available to them in preparation of releasing information about their intellectual property. One of the best ways to do this is attend our upcoming training seminar entitled “Intellectual Property Right and Cyber Security”. This will be the perfect opportunity to come learn and speak with public and private sector experts in the field of intellectual property and protecting it. To register for the February 22nd event, click HERE!

On Sep. 26, 2016, the U.S. Department of Commerce released a comprehensive report entitled “Intellectual Property and the U.S. Economy: 2016 Update”. The report found IP-intensive industries support at least 45 million U.S. jobs and contribute more than $6 trillion dollars to, or 38.2 percent of, U.S. gross domestic product (GDP). The report identified and analyzed 85 IP-Intensive industries. Not surprisingly, South Carolina has above average shares of employment in specifically patent-intensive industries, such as Chemicals, Semiconductor and Electronic Components, Pharmaceuticals and Medicines, Machinery, and others, since manufacturing is a part of the foundation of South Carolina’s economy.

No other sector contributes more – whether it’s tax revenue, job creation, high wages, or community support than the more than 5,000 manufacturing operations that are the economic backbone of our state.

The issue of losing control of a company’s intellectual property can affect established businesses and start-ups or newcomers alike. If there is value in their idea or the mark that represents them to the consumer and it is not protected, the manufacturer risks losing these to competition, domestically and in foreign markets.

For foreign markets especially, “timing” is crucial, as reported by the U.S. Commercial Service, manufacturers publicly disclosing their inventions before obtaining patents in Europe and other countries that have no grace period; manufacturers exploring overseas business partnerships or participating in overseas trade shows without having first secured their intellectual property, puts them in jeopardy. As you can see, this can be a complex issue to navigate, but that’s why the U.S. Commercial Service is here.

This really depends on the company’s specific circumstances. In general, the U.S. Patent and Trademark Office is a great resource for U.S. businesses who find themselves in an IP-related predicament. To combat the infringement of a company’s intellectual rights, the U.S. PTO works closely with other federal agencies, like the U.S. Commercial Service, to protect and enforce American IP rights abroad.

U.S. PTO also works to provide an array of tools and resources to assist U.S. businesses doing business overseas. IP attachés are one of the most valuable resources. Located at U.S. embassies, consulates, and missions across the world, IP attachés assist U.S. businesses in navigating foreign laws and regulations and advocate for U.S. positions with foreign governments. They also work hand in hand with the U.S. Commercial Service’s commercial specialists, each who are experts in trade and export regulations.

In addition, the U.S. PTO partners with the National Intellectual Property Rights Center, which includes 19 federal agencies, as well as international agencies such as Interpol, to provide a comprehensive response to IP theft. Finally, U.S. PTO staffs a hotline through STOPFakes.gov, where the public can provide information on suspected counterfeit goods and get information on protecting their IP. We encourage South Carolina companies to reach out to their local U.S. Commercial Service representatives to receive guidance through the process of tapping into government and local service providers’ resources.

There is a good example of how many Technology and Automotive companies have banned together to thwart patent trolls, one of many potential IP problems. LOT Network is a non-profit that protects its members from thousands of potential Patent Assertion Entity (PAE) lawsuits that use patents to hurt innovation.

Over 170+ companies across all industry verticals, including category leaders like Oracle, Amazon, Alibaba, Red Hat, Canon, Tesla, Cisco, Slack, Fidelity and GM, as well as over 75 innovative startups established a non-profit, LOT Network, to join forces against patent trolls. This non-profit protects its members from thousands of potential PAE lawsuits that use patents to hurt innovation, commonly known as patent trolls.

If any of the close to a million patent assets owned by LOT members should ever fall into the hands of a patent assertion entity, then the other members receive an automatic free license to that asset. This is just one example of how businesses can work together to protect themselves from one of intellectual property protection related issues.

Coming out to the event of February 22nd and speaking to the U.S. PTO experts should give participants ideas of how they can combat foreign attacks on their intellectual property whether individually or working together.

Be the first to comment on "Attention SC Manufacturers: US Commercial Service pinpoints at-risk sectors in state"