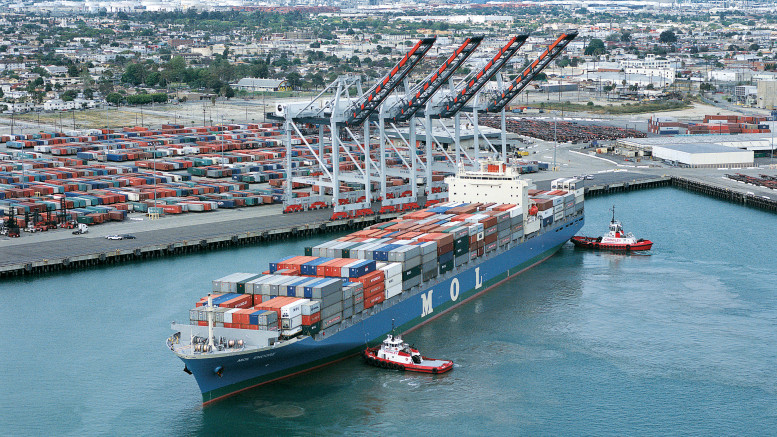 The deepening of the Charleston harbor will do more than establish the port as the deepest on the East Coast, it will send ripple effects throughout South Carolina’s manufacturing community. 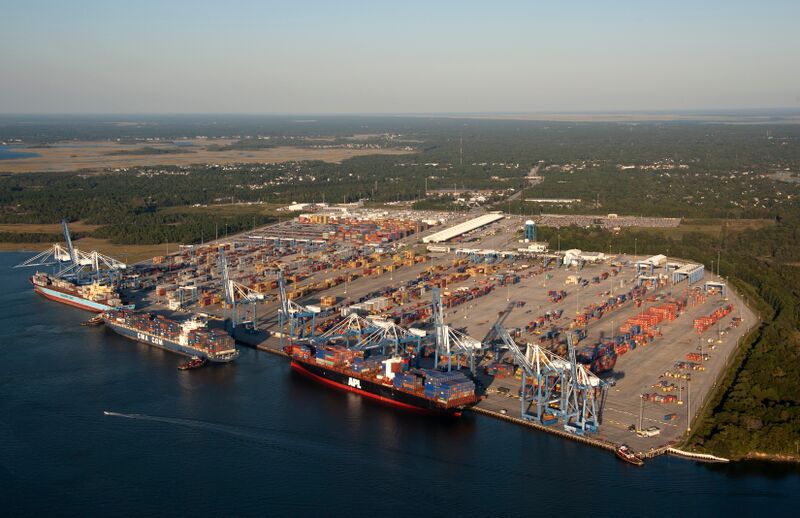 The Charleston Port will be deepened to 52 ft. (Photos: SC Ports Authority)

Once deepening to 52 feet is realized, Jim Newsome, South Carolina Port Authority President and CEO, said the port in Charleston will be capable of serving fully-loaded post-Panamax vessels every day.

“The strength of the manufacturing sector in our state has driven strong gains in our export business,” he said. “Heavy export goods require a deep-water harbor that can handle ships fully-loaded with cargo headed to foreign ports.”

Initial efforts to deepen the harbor began in 2011 to provide the necessary depth to handle post-Panamax vessel calls without tidal restriction.

According to a release issued by the SCPA last month, the expansion of the Panama Canal and the raising of the Bayonne Bridge in New Jersey are expected to significantly increase the size of cargo vessels deployed to the East Coast, making deep-water a requirement for modern ports.

In addition, population growth and manufacturing expansion in the Southeast has been a significant driver of volume gains and the need for a deeper harbor.

Secretary of Commerce Bobby Hitt said every corner of South Carolina has port-dependent businesses in a variety of sectors including automotive, power-generation manufacturing, and distribution centers.

By providing greater efficiencies such as a faster speed to market, the port’s improvements will bring positive impacts to existing businesses, he said. Since commerce today is increasingly global with complex supply chains, “the deepening project is certainly a strong selling point and gives us a competitive edge in bringing industry to South Carolina.”

Clemson economist, Bruce Yandle, said port improvements were not only necessary to attract new businesses but also in retaining them.

Deepening the Charleston channel is a must do project for South Carolina to maintain its strong competitive position as a leading East Coast port, he said.  “It’s a matter of keeping up with the growth in size of cargo ships.”

On July 1, the SCPA announced $1.303 million in federal funding for the Post-45 Harbor Deepening project, allowing the Preconstruction Engineering and Design (PED) Phase of the 52-foot deepening effort to begin.

Total PED costs for Charleston’s deepening project are estimated at $4.5 million and will be divided equally between federal and state government.